If there is one event that’s timing seemed to be inopportune for the royal family, it’s the unveiling of Princess Diana’s statue in Kensington Garden. It just so happened to occur in the middle of all the royal family’s drama and both William and Harry attended…talk about an awkward public appearance. Even Harry and William haven’t hashed out their frustration with one another, leaving Kate Middleton as the middleman. After the bombshell interview with Oprah, which revealed quite a lot about the family, it’s no surprise that this event was probably something no one was looking forward to. However, it looks like Prince Charles attempted to take advantage of Prince Harry being in London during the time, supposedly planning a secret dinner to hash out the events of the past year. We have a feeling that was an awkward dinner party. 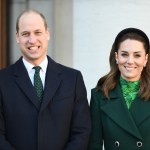 
Do Prince William & Kate Middleton Have a Bigger Royal Budget Now That Harry & Meghan Are Gone?

A source told the Daily Mail, “Charles had planned a one-on-one dinner with Harry during his son’s trip back to Britain earlier this month.” We’re curious as to whether that dinner was to tell Harry to stop all of his public criticism of the royals or if it was to try to truly work through their issues. According to the same source, Charles “intended to travel back to London to thrash things out with Harry, following the fallout from the explosive interview the Duke and wife Meghan gave to Oprah Winfrey.” So the question is, did the dinner actually happen?

Even if it didn’t happen, at least Charles wanted to somewhat make amends? We hope they can all work it out and take action towards moving forward from their disagreements.

Before you go, click here to see the best photos of Prince Harry and Prince William growing up together over the years.