It may be hard to imagine a world in which the British Royal Family embraces King Charles as its leader and monarch, but that world is soon coming — and if Queen Elizabeth II’s latest move is any indication, sooner than we may think. Though the public still strongly favors Prince William and Kate Middleton, Duchess of Cambridge over Charles and Camilla, Duchess of Cornwall, the Queen has never betrayed an inclination to skip a generation in passing on the throne, and has only recently — in wake of husband Prince Philip, Duke of Ediinburgh’s death — begun to put into place next steps for preparing Charles to be king. 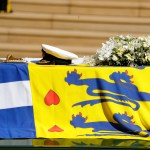 
The Most Moving Photos From Prince Philip's Funeral

According to a new report in The Sun, Charles explicitly discussed taking on more royal duties in the coming months with his father Philip before he passed away, and will be designated as Her Majesty’s official “consort” going forward, accompanying her to royal engagements such as the upcoming state opening of Parliament.

“It is a clear signal that the Queen does not want the crown to skip a generation and that Prince Charles will start ­taking on an even bigger role in royal life,” a source told The Sun, adding: “There will be a visible show of support for the Queen from senior members of the family at future events, and the opening of Parliament is no exception. The Queen has been incredibly stoic throughout the last few weeks, but the family are determined to rally round and support her. Charles will be at the forefront of those efforts as heir.”

At 95 years old, the Queen needs the support of her family now more than ever. And with her popularity at an all-time high, it’s smart of the monarch to publicly signal her faith in Charles’ leadership by giving him additional royal duties now. He’ll never replace his mother, of course, but he has to learn how to lead in his own right.

Before you go, click here to see the best photos of Queen Elizabeth II before she was queen.