Did you see the ghosts in the background of “The Haunting of Bly Manor”? Welp. Chef Owen (Rahul Kohli) didn’t.

While murderous phantoms run amok and characters wonder whether they’re dead or alive, the in-house cook is concerned with more important things, like whether his cake batter needs more lemon.

“I didn’t make a horror show. I made a fun family show,” actor Rahul Kohli joked to HuffPost.

Don’t let his obliviousness to the horrors of Bly Manor fool you, though ― Owen may very well be one of the most pivotal characters in Season 2 of showrunner Mike Flanagan’s “Haunting” horror series. Throughout “Bly Manor,” Owen acts as a safe guide for other characters, bringing heart, a perfectly splendid mustache, scene-stealing levity and puns that couldn’t be … well, batter.

Plus, Kohli had all the real-life horror you need in one truly disturbing scene. Of course, we’re referring to when Oliver Jackson-Cohen’s Peter Quint tastelessly sticks his cigarette-stained fingers into Chef Owen’s cake mix.

In a show full of creepy imagery, including faceless ghosts and dead exes showing up in mirrors, this was the only scene that confirmed our gag reflex was working. And when asked about the moment, Kohli admitted his hilarious, disgusted reaction was “totally genuine.”

“They kept it, because I technically broke character. The way Ollie was doing it, it was just so violating, and being protective of Flora [Amelie Bea Smith] and Miles [Benjamin Evan Ainsworth], it just wasn’t the place to do that. I was just being uncomfortable. I think I pulled a face just like, ‘Ugh,’” Kohli explained.

“He gave me the creeps, and it was the perfect choice,” the actor said, adding, “That is scarier than anything in the show.”

Aside from cake fingers, Kohli chatted with HuffPost about Owen’s sometimes surprisingly poignant lines, what it’s like in those intense scenes alongside T’Nia Miller, as her character, Hannah Grose, made her ghostly discovery, and — most importantly — what Hannah and Owen would’ve done if the pair had ever made it to Paris together.

We see Owen finally get his restaurant in the season finale. What’s on the menu at A Batter Place?

It’s only what I can make, right? The actor. I feel like it’s beans on toast. Peanut butter on toast. Boiled eggs, scrambled eggs. And a Thai green curry. That’s the menu. And we only serve tea. English tea.

Sounds great for brunch. Did it bother you as a chef that Hannah, the woman Owen loved, never ate any of your food?

That’s a good point. It’s the one thing he is good at and she’s intentionally not eating his food to create a kind of back and forth flirt with him. I need to go back and review the character. You’re right, the whole time he’s in love with this woman, she would never eat anything.

But she does cook for him, which was a really sweet, loving moment.

Owen becomes a guide for Hannah in the interview scenes, leading her to realize she’s dead. What was it like shooting those?

That was the most challenging day on “Bly” for me, personally, and I think for T’Nia Miller, who, by the way, is just fucking incredible in the show. T’Nia and I, we knew this thing was coming up. It was also one of my favorite scripts personally because it’s the first time things start falling into place, and that day we were there we shot all of them back to back to back to back.

Yeah, it was super daunting because it’s not something that we had necessarily rehearsed. It wasn’t something that we had extensive conversations about. We brought our own ideas in there, T’Nia and I, and then there were things that we shared. As we went through it, it was massaged by the crew and the director.

A lot was discovered in a moment, but it was daunting because Hannah is Hannah. Hannah remains very much who she is throughout those interview scenes. Owen isn’t always Owen. Owen is a version of Owen. Owen is sometimes just her subconscious. I was trying to understand, “How much of the character do I play here? How much do I let go?” It was like adjusting an equalizer, and it was such a fun experience to try that.

What’s it like acting with people pretending to be ghosts in the background?

I’m so happy when I’m on set. I’m so busy laughing with co-stars and running lines and I’m a little bit hyper. I’d always forget when they would place a ghost in the scene. I just wouldn’t know. I don’t know why I wasn’t paying attention to my surroundings. So I spent three, four hours there, and then I would realize that someone’s been hidden underneath the table I’ve been sitting at the whole time. So I was having my own little jump scares when I see a little doll-faced boy has been over my shoulder for about four hours.

Every now and again, I’d go into video village and I’d get a glimpse of where they’d been placed, and it was awesome.

That’s actually kind of perfect for Owen because while people are getting murdered or running from ghosts, he shows up and he’s talking about cake.

You just saying that made me realize like, “Oh, my God. Maybe I was perfect to play this guy?” Because I went the whole season never knowing where there were ghosts hidden in the show … much like Owen.

Yeah, he’s an interesting one. I think I kind of had my own separate experience in “The Haunting of Bly Manor.” I don’t mean it in a negative way, but Owen, barring a few things, he’s relatively unscathed. The kitchen in every kind of house is the heart of the house, right? And Owen represents that, too. He’s the cook and the kitchen is that safe place, and we always had that safe place. So I didn’t make a horror show. I made a fun family show, until the finale where I ran a little bit in the field. But other than that, I just had to bring this guy to keep some levity there and be jovial with the kids.

I think you said it kind of perfectly there. Owen is the heart of the story and, actually, if you listen to him, you’re going to learn about the show. In the first episode, he has a speech about Bly being like a gravity well, which turns out to be what’s actually happening with the ghosts.

We didn’t get all nine scripts immediately. Some shows like “Midnight Mass” that we’re working on right now with Mike Flanagan, the day that Mike offered me a role in that show I got all the scripts straight away. But with “Bly,” I think I got the first four before we got into production, and then you start playing catch-up as the new ones come out. I actually didn’t know that Owen speech in the car — I mean, Michael had hinted to me that this will play later and stuff like that — I didn’t know that Owen was being very specific. And it’s probably a good thing because it works for me that maybe Owen didn’t know. Because he doesn’t really know, but he’s touched on it accidentally that that is a literal thing. 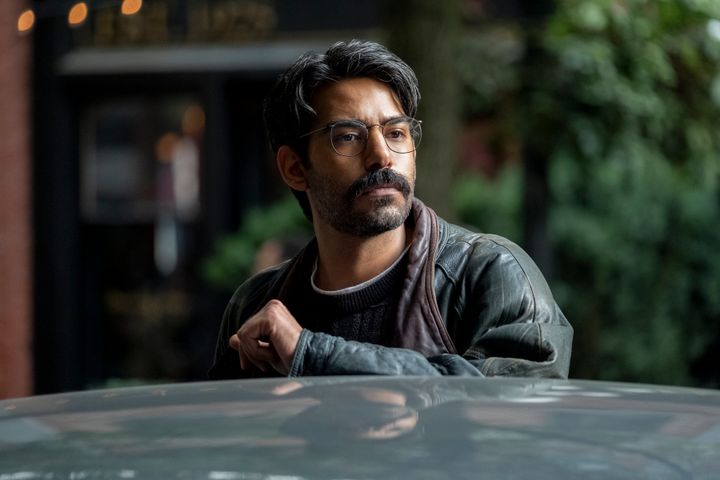 For me, Owen’s almost like a second narrator. His lines turn out to be so important.

The conversations that I had with Mike prior to this was, “We need Owen to do this.” This is the function that he serves on the show. I had to just stay true to “just be sweet there and have that moment with Flora here and make that pun there.” As sort of uneventful as that can be on a week-to-week basis, being in the kitchen and doing those things. Once I saw the complete thing and read the scripts, I was like, “Oh, we need this. This is an important line in this one.”

It all came together in the end, and I started to understand even better why Owen is the way he is and what purpose he serves.

In the finale, you and Amelia Eve, who plays the gardener Jamie, show up at Bly after saying you’ve had a weird dream. What was the dream?

There’s a PR answer to this and there’s a real answer, and this is gonna sell me short here. [Laughs] But I can’t lie. I don’t know. That never got explored. We saw the line, I was like, “I had a dream? I came here?” And that is as much as I know. I was like, “Convenient.” So yeah, me and [Amelia Eve] just sort of looked at it and said, “How do we make sense of this?” We just had a joint dream. Let’s just throw it out there and move on with the scene. So that was it.

I must-ache you about your mustache. And you used that pun on Instagram, so I know it’s allowed.

When you’re scared about your character, whether or not you’ve done enough work — if you don’t feel like you have — then grow some stupid ridiculous facial hair to distract everyone from how terrible you are in something. That was my game plan. The more distracting this thing is, the more it will hide how unprepared …

But no. The truth is I just wanted to commit to the era. I think a lot of the times — I’m not speaking about this show — but sometimes with period stuff there is a certain vanity that you still want to look good. People are gonna watch you. But I went through photos of my dad and my uncles in 1987, and they were all rocking this Tom Selleck caterpillar. I met Mike Flanagan when I was bearded, and Mike wanted the beard. And I went, “What do you think about this as a suggestion?” I remember kind of almost using Joaquin Phoenix’s “Her” as a suggestion, as well. Mike was thrilled.

I don’t know how they feel about me hijacking all of the marketing campaigns with my mustache. But we had fun with it.

Owen and Hannah, sadly, didn’t get to go to Paris together. If they had, what would they have been up to?
I think they would’ve been the most homely couple, you know? I think that was their kind of love. It would’ve been that TV, cozy, don’t need anyone else in the world, wake up in the morning, have breakfast together love. I always saw that as just being some of the purest and sweet kind of love. Just happiness.

“The Haunting of Bly Manor” is now streaming on Netflix.

This interview has been edited and condensed.