Home » Entertainment » Saidu Tejan-Thomas Jr. and the Voices of ‘Resistance’

Saidu Tejan-Thomas Jr. and the Voices of ‘Resistance’

In late 2018, (pronounced “sai-eed”) heard something he couldn’t get out of his head.

He was at his job at Gimlet, the podcast production company, working on a show called “Conviction,” about a dogged private investigator in the Bronx. As one of the show’s producers, Tejan-Thomas edited tape and assisted with scripts, painstaking work that required sifting through dozens of hours of interviews each week. One interview jumped out at him: an encounter outside of a bodega with a group of Black and Latino men in their late teens and early 20s. The story the young men told was disturbing — a notorious cop had been terrorizing their neighborhood for years — but they were clamoring to tell it, talking over one another in a vibrant hash of emphatic vernacular.

Tejan-Thomas, who is 28, knew that sound well. He’d hear it in the lobby of his apartment building in Flatbush, or at the train station on his way to work in Downtown Brooklyn. But he’d never heard it while at work. As a young audio journalist, he’d studied shows like “This American Life,” “Radiolab” and “TED Radio Hour,” series that he loved but featured few Black voices. Gimlet, too, the home of popular series like “StartUp” and “Reply All” (Spotify acquired the company in 2019), had mostly white hosts, including on “Conviction.” Listening to the teens at the bodega, it was as if previously distinct worlds — personal and professional, Black and predominantly white — had somehow collided.

“I realized, ‘Oh, that sounds really good; I think I want more of that,’” Tejan-Thomas told me recently, in a video call from Flatbush. “It was something that I held onto and always wanted to go back to, to give those kinds of people a platform.”

With “Resistance,” a new Gimlet podcast that Tejan-Thomas cocreated and hosts, he finally has that platform. The show, about “refusing to accept things as they are,” as its tag line says, tells evocative, deeply reported stories about people who, by virtue of identity, find headline social and political conflicts at their doorstep.

Begun last fall in the aftermath of the global Black Lives Matter protests, “Resistance” is dominated by a medley of young, Black voices. One early episode pays a visit to the only Black man in a small, extremely white town in Nebraska; a three-part series embeds with a collective of racial justice activists whose members tangle with the police and each other; an exploration of Nigeria’s #EndSARS campaign spotlights queer agitators at its margins. Throughout, Tejan-Thomas and his producers — Wallace Mack, Bethel Habte and Aaron Randle — unearth extraordinary stories from communities of color that other narrative nonfiction podcasts are less equipped to detect.

“In radio at large there’s a bias toward surprise,” said Habte, who teamed up with Tejan-Thomas last year after three years at “Radiolab.” “But whether or not you feel someone’s story is surprising depends on your perspective.”

TEJAN-THOMAS, who has refulgent brown skin and a resonant baritone, came to radio from poetry. While attending Virginia Commonwealth University, he fell in with a spoken word crew on campus and competed nationally as a slam poet. The community helped shape his political views — “I was challenged to think critically about racism and misogyny in a way that I hadn’t been taught in school” — and encouraged him to write from personal experience.

After graduating in 2015, he was uncertain about his future when he discovered “This American Life.” That groundbreaking radio series and podcast’s blend of storytelling and performance felt related to spoken word.

“It was journalism that was starting from a personal place and exploring internal and emotional conflicts,” said Tejan-Thomas. “I was like, ‘That’s the work I’ve been doing in poetry. Let me just try and learn to do that.’”

At the time, podcasting was just beginning to take off as a medium — in 2014, “Serial” and Gimlet, had helped ignite a renaissance — and Tejan-Thomas found himself on the ground floor.

A residency with Transom, a kind of incubator for audio journalists, led to internships at NPR’s Story Lab (an in-house creative studio) and “Code Switch,” an influential podcast about race. He honed his narrative nonfiction skills at Gimlet, where he started as an intern on the Civil War history podcast “Uncivil” (Tejan-Thomas was a producer when the show won a Peabody Award in 2017) before jumping to the popular hip-hop series “Mogul” and later “Conviction.” 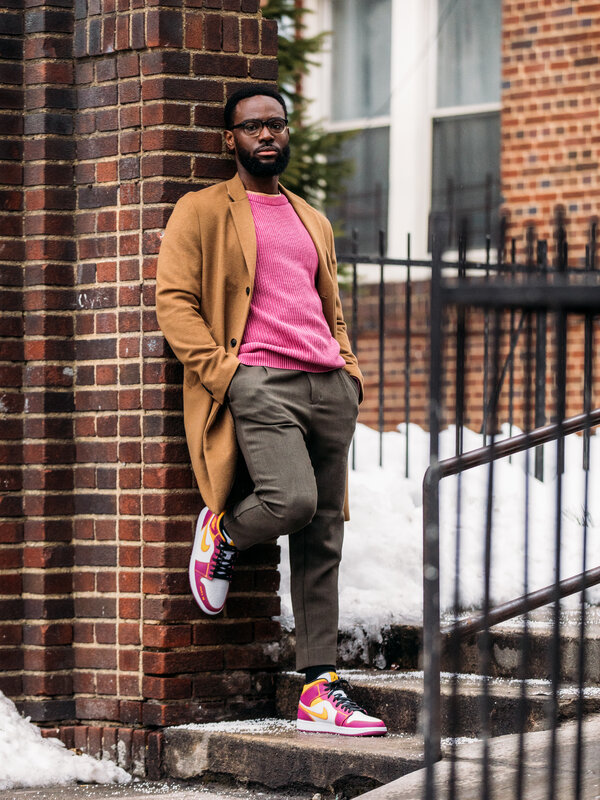 A precursor to “Resistance” can be heard in Tejan-Thomas’s stand-alone audio essay from 2019, “Borders Between Us.” It tells the story of his immigration to the United States from Sierra Leone as an 8-year-old and explores his fraught relationship with his mother, who died of cancer when Tejan-Thomas was a teenager. The essay, which won the silver prize for documentary at the Third Coast International Audio Festival in 2020, was an attempt to synthesize everything he knew about poetry, reporting and sound design.

“It was the first time I got to do a feature-length piece on my own,” said Tejan-Thomas. “It gave me the opportunity to experiment with making something uniquely myself that wasn’t in anyone else’s voice or style.”

In podcasting, a voice is never just a voice. It’s both medium and message, inevitably coded with information not only about the words being uttered — is this a poignant reflection, or a lighthearted anecdote? — but the identity of the speaker. In serious narrative audio, the most common voices have long been white and upper middle class (a Quartz report found that just 18 percent of American podcasts overall had a nonwhite host), sending an implicit but persistent message about what is normal, and what isn’t.

“In my first few radio pieces, a big thing that I had to work through was just how my voice sounded,” said Tejan-Thomas. “I felt like I needed to make sure that I was being very straight with my reads in order to sound like an impartial, objective journalist.”

Chenjerai Kumanyika, the co-host of “Uncivil” and author of a viral essay from 2015 called “The Whiteness of ‘Public Radio Voice,’” said that, for Black people at white radio institutions, “Certain things start to get structured in your brain about how to speak.”

“It can push you in a Sarah Koenig or [Alex] Blumberg direction,” he said, referring to the white hosts of “Serial” and “StartUp.”

On “Resistance,” Tejan-Thomas makes an effort to approximate his natural speaking style. The show is flecked with African-American colloquialisms, as in the introduction to an episode featuring the “Borders Between Us” essay, which Tejan-Thomas disclaims as “low key all of my personal dirt.”

“I’ll write something a million times until I’ve found the rhythm or the words that feel like me,” he said. “I want the Black and brown people listening to feel like, ‘Yeah, that’s somebody I know,’ or, ‘That’s somebody I grew up with.’ I want them to know that this is for them, so that they’ll be open to what we’re saying and have access to these stories.”

AS WITH MANY of the better reported podcasts, the experience of listening to “Resistance” can be likened to eavesdropping. Its stories grant unusually intimate access to the subjective experiences of strangers. What sets the show apart are small but indelible details, as in a recent episode about a woman in Baltimore named Kelly.

Kelly’s story begins as a romance — Keith, a childhood friend, comes back into her life after a long absence — but takes a turn when Keith is shot by police and arrested after a reported robbery. The ensuing criminal case follows a long and tragic arc that we feel like we’ve seen before. But the producer and reporter Wallace Mack gets behind and underneath it, finding moments of humor (Kelly on the trope of women who “ride or die” for their incarcerated partners: “Where we riding to? And why we gotta die?”), as well as profundity and, yes, surprise.

“There are a lot of shows that give the narrative treatment to certain other kinds of communities,” said Habte. “But we have the ability to extend that empathy to people who are often maligned, or who only get attention through protests.

“What was going on in their lives before they decided they had to fight for what they believed in?” she continued. “If you take the fight for granted, what else is there? As it turns out, a lot.”

For Tejan-Thomas, stories of resistance have more than entertainment value. The prologue of the first episode of the series charts his own journey from protest-marching, poetry-writing college activism to the resigned fatalism that defined his initial reaction to the death of George Floyd last spring.

That resignation, Tejan-Thomas told me, stemmed partly from personal tragedy — in college, he lost a close friend to police violence — as well as a more general sense that demonstrations in response to the police killings of Michael Brown, Tamir Rice and others had achieved little beyond catharsis for participants.

“Resistance,” he said, is a check against the inclination toward that kind of cynicism.

“Black folks have every reason to feel hopeless, bogged down and cynical — all things that I feel like I’m constantly dealing with,” he said. “The show is an exercise in counting all the reasons people find not to feel that way, to face the impossible and say, ‘I’m going to do something.’”