Sex Was Never Just Sex On “Jane The Virgin” 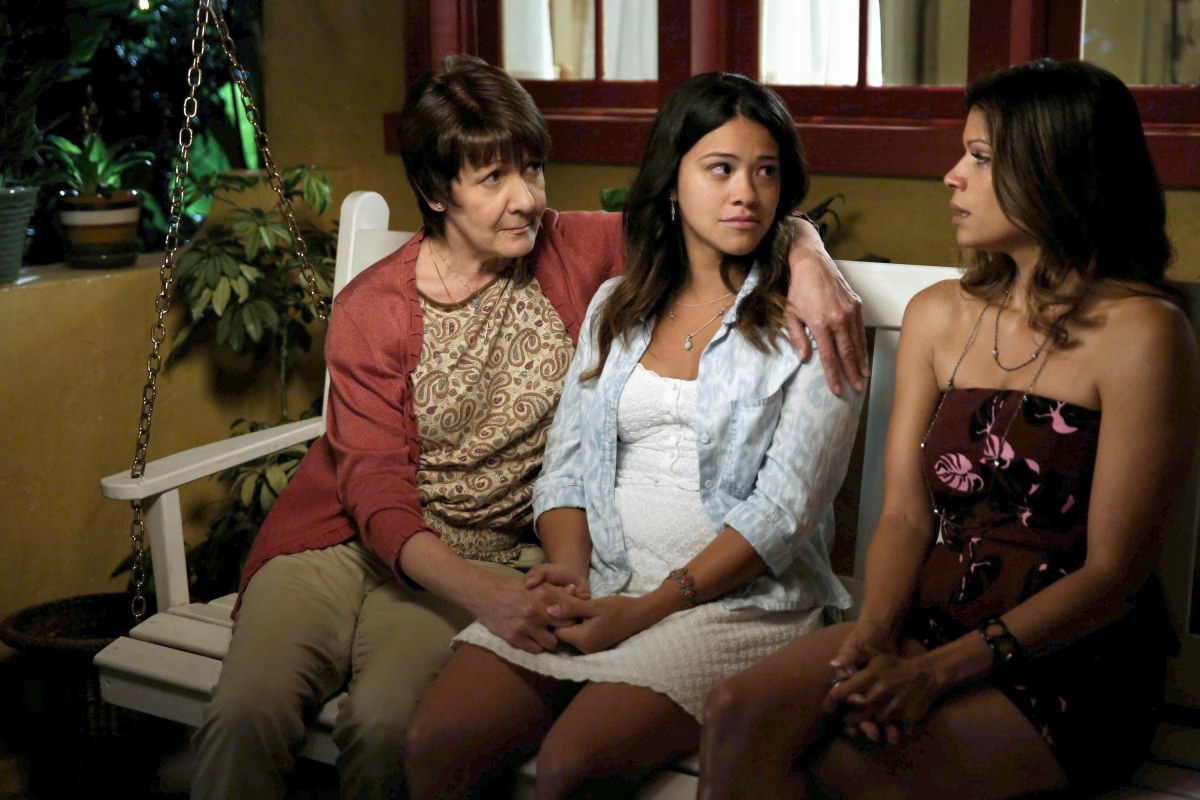 Ivonne Coll as Alba, Gina Rodriguez as Jane, and Andrea Navedo as Xiomara.

It’s young Jane’s first lesson about sex and virginity and one that clearly informs the premise of the series. When viewers first met Jane back in 2014, the 23-year-old had never had sexual intercourse, despite being in a two-year relationship with the lovable, rule-following cop Michael Cordero. Alba made it clear — no sex before marriage, a notion rooted in her religious and cultural beliefs. (Later, we learn her insistence on no premarital sex was in response to the familial humiliation she endured when she had sex outside of wedlock with Jane’s grandfather, and also in response to Jane’s mother, Xiomara, who got pregnant with Jane when she was just a teen.) But as fans of the show now know, a mix-up at the doctor’s office results in Jane being artificially inseminated with the sperm of the dreamy hotel magnate Rafael, which completely upends her life (straight out of a telenovela, right?).

Sex was always a way for these women to explore their deepest wants and desires and, in turn, the parts of their lives that shaped these ideas in the first place.

“These are three women with three very different relationships to sex,” Jennie Snyder Urman, Jane the Virgin’s creator, told BuzzFeed News in a phone interview in July. “And I find the idea that all of those opinions and ideas can coexist together really gratifying, because it reinforces that there’s no one way to be.” 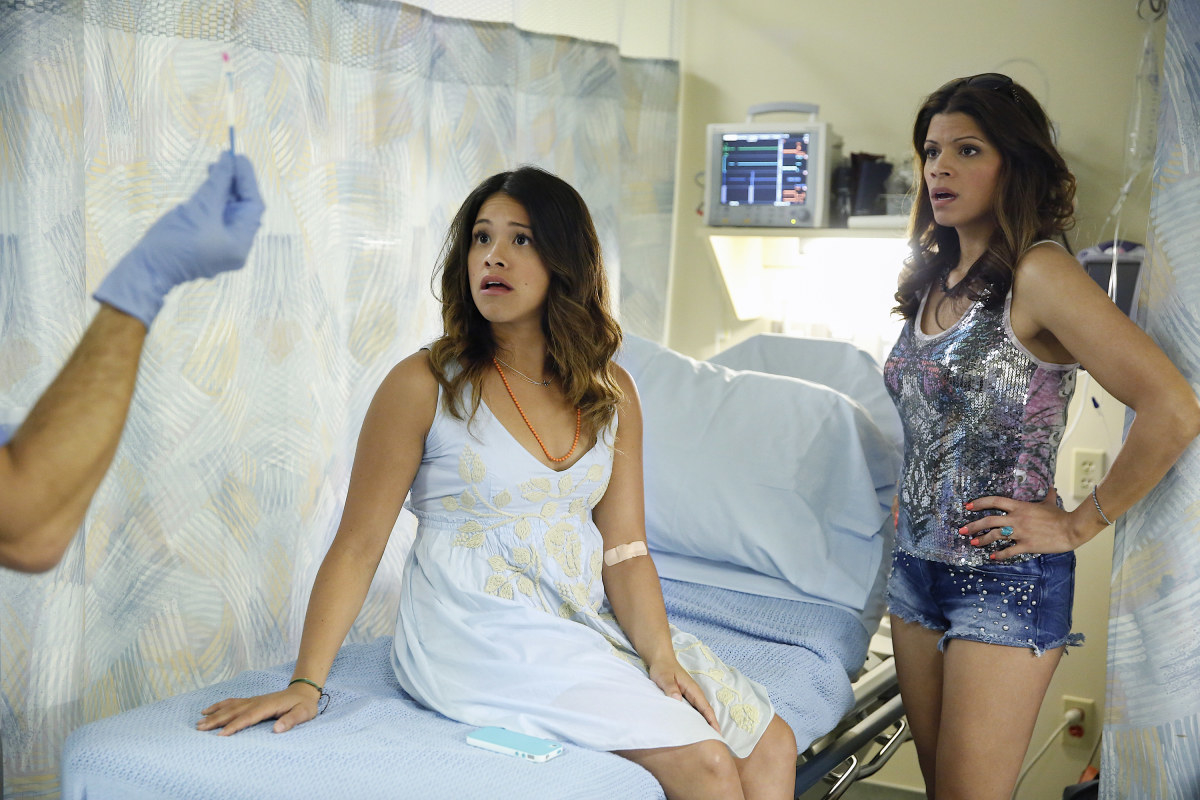 Gina Rodriguez as Jane and Andrea Navedo as Xiomara.

After Jane unexpectedly got pregnant, it caused an identity crisis, according to Snyder Urman. She had followed the rules, done everything her grandmother asked her, never had sex, and still managed to get pregnant before she was married, just like Xiomara. Snyder Urman said this immaculate conception of sorts sparked Jane’s desire to “interrogate what was so important to her” about staying a virgin before she got married.

“She sort of toyed with various iterations of, ‘maybe it’s not that important, maybe I’m just going along with this because that’s what I’ve always thought and that’s what my grandmother’s instilled in me,’” Snyder Urman explained.

“But she came to realize this was important to her and thought about why she had waited this long, and she wanted it to be special with the person that she got married to. It wasn’t just a reaction to not getting pregnant, and she was able to own that.”

After much deliberation, Jane ultimately decided to wait to have sex for the first time until she married Michael. The experience was not the “perfect” moment she had imagined it would be — what with faking an orgasm and accidentally sending a sex tape to her grad school adviser — but it was still a choice she made on her own terms and for her own reasons.

“I wasn’t sure what her emotional journey was going to be until [the writers room] started to really talk about it and talk about how much of Jane’s identity — even though she didn’t want to be a virgin — was tied up with being a virgin,” Snyder Urman told BuzzFeed News at the time.

“From that discussion about her emotional life, we came up with the fact that maybe it wasn’t so great, and that’s so much of what the show is about: the space between reality and fantasy. And Jane’s expectations would be so big, we knew that she was really setting herself up for a letdown.”

Following Michael’s death in Season 3, Jane’s attitude toward sex shifted yet again. The show fast-forwarded years into Jane’s grieving, noting that all the while she hadn’t had any other romantic relationships.

“Her life sort of got blown up a bit,” Snyder Urman said. “Her husband died and life didn’t turn out the way she expected, and she is now somebody who has had sex and is becoming more in touch with who she is as a sexual being in the world, and in that, as she grew, her desires grew.”

In the wake of Michael’s death, Snyder Urman said that Jane “started to examine a lot of things and she was at a different place in her life,” which eventually prompted her to seek a relationship that revolved around sex with no strings attached. And so, in a departure from her usual ways, Jane started her first casual relationship with Fabian, an actor who worked with Rogelio on a telenovela. “She had a kid and she wasn’t going to wait to get married again to have sex because she wasn’t even sure if that was what was going to happen in her future,” Snyder Urman said.

“Your husband dies and you’ve only been with him and you have a 4-year-old. Do you keep moving on and go into another phase of your life? And we chose to have Jane [enter] another phase.” 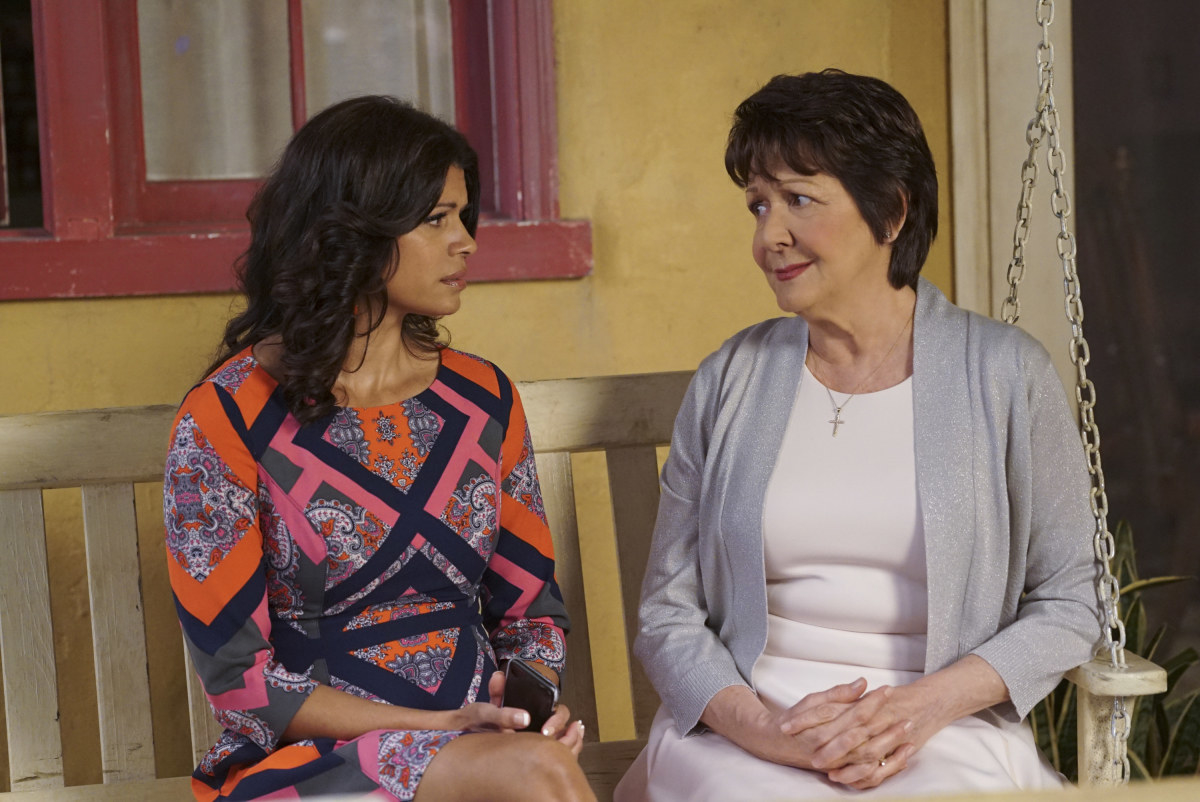 As Jane’s ideas about sex evolved, so did her mother’s and abuela’s.

In Season 4, Alba takes the steps to finally become a US citizen after living in the US for years and falls in love with her coworker Jorge. Even though she’s into Jorge, she still resolutely refuses to sleep with him outside of marriage. They finally consummate their relationship shortly after getting married (like, right after). Alba even admits that her attitudes toward sex have changed in this season: Initially upset when she learns Jane includes the fact that she had premarital sex in her soon-to-be-published book, Alba comes around thanks to a conversation with Jorge.

“Being undocumented for so long, you get used to living with these walls up,” Jorge explains to Jane. “Keeping things secret and living like that, it changes you and how you relate to the world, it makes you more closed off. So I just reminded her that things are different for us now, which is something we’re still getting used to.”

“Alba came on so strong with some very specific notions about sex, but we started to learn that, for her, there’s a lot of shame built in because she hadn’t waited to have sex as she had told everyone she had,” Snyder Urman said.

“I think that’s a very relatable phase for women as they get older,” the showrunner continued. “But then watching her granddaughter also face things that she didn’t expect and also have a husband that died and seeing her move into different phases and her relation to her body evolving, I think that inspired Alba to look into her choices, how many of them were active choices, and how many of them were default.”

Xiomara’s own sexual journey also changes a lot. She’s first introduced to viewers as someone who is free-thinking when it comes to sex and who has struggled with feeling slut-shamed by her mother, Alba. Her sexuality is such a huge component of her character that when breast cancer diminishes her sex drive, the show’s writers take the time to show how much this devastates Xo and to showcase Rogelio’s understanding. “Her evolution was important to us because we were looking at the deep, layered inner lives of three generations of women,” Snyder Urman said.

“We’ve watched over the course of five years as Jane’s relationship to sex and sexuality evolved, as her mother’s did through her illness and as her grandmother’s did; as they started to look at where they were in their lives and the choices that they made, they started to want other things as well.”

As Jane the Virgin comes to an end, Snyder Urman emphasizes that Jane’s virginity and subsequent ideas about sex and sexuality were “always so essential to the story.”

While Jane’s accidental artificial insemination was always a surreal twist, the show’s depictions of sex were actually quite grounded and realistic — running the gamut from hot to awkward and funny to sad. And other characters, like Petra, for example, explored their queerness. This was all by design, according to Snyder Urman. “You don’t want to just leave somebody believing one thing and it never changes, because we’re evolving people.” ●