Few critics or historians have been so central to the performing arts as Sunil Kothari was to the world of Indian traditional dance. As a critic, scholar and teacher of youthful energy, he explored India’s rich dance spectrum in at least a dozen books, with choreographers and dancers all over the nation coming to know him as both an authority and a friend.

He died on Dec. 27 at 87 in the Fortis Escorts Heart Institute in Delhi. Three weeks earlier he had announced on social media that he was ill from Covid-19 but was recovering. Soon after he was released, he suffered cardiac arrest and was taken to the hospital.

Mr. Kothari, who frequently lectured in the United States, studied the traditions and techniques of dance forms from the north of India to the south, and from the east to the west, interviewing hundreds of gurus, many of whom, in a country that remains largely ethnocentric, dismissed his efforts because he did not speak their local languages.

“He worked hard,” Maya Kulkarni Chadda, his longtime friend and a fellow Indian scholar, wrote in an email, “with no money, no real support and no encouragement.”

Nonetheless, he forged ahead, living in extreme simplicity while working as the dance critic for The Times of India for over three decades. As he remarked in 2016 to the newspaper The Hindu, he was discovering India through his research. He was also helping India discover itself. In his books, each examining an Indian dance genre — Bharatanatyam, Chhau, Kathak, Kuchipudi, Odissi and Sattriya — he opened up a different facet of Indian society and history.

To investigate the languages, rhythms and traditions of each genre was no easy task. Bharatanatyam, for instance, existed in the southeastern state of Tamil Nadu in two forms: the traditional, passed on by the temple dancers and developed by the dancer Balasaraswati; and the relatively new academic system developed in Chennai by the dancer Rukmini Devi Arundale.

Although the two styles were often at odds, Mr. Kothari admired and charted both in books and conversed with both Balasaraswati and Devi. He also traced developments that opened up the older genre to new sociological and feminist thought, as well as to yoga. 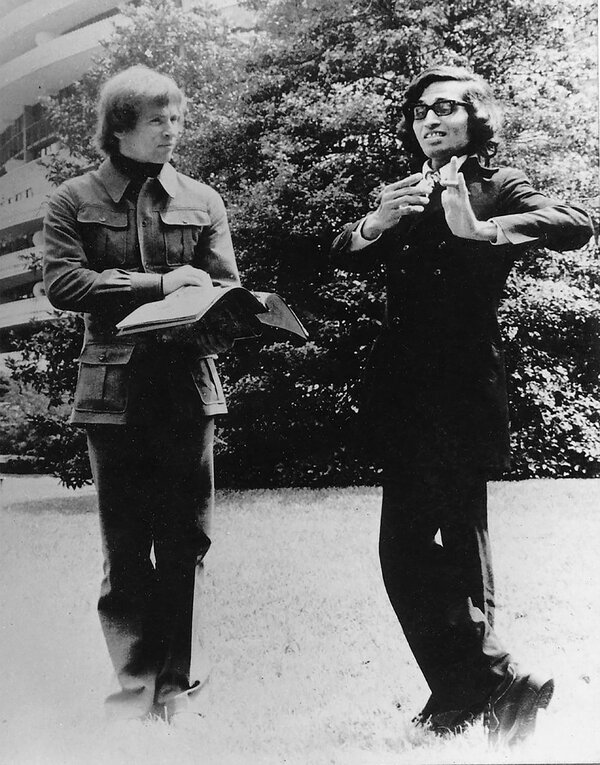 Sunil Manilal Kothari was born into a middle-class family on Dec. 20, 1933, in the Kheda district of Gujarat, on India’s west coast, the youngest of 10 children of Dahiben and Manilal Kothari.

In the 1940s, the family moved to Mumbai, where, at age 10, Mr. Kothari began studying the Kathak, one of India’s eight classical dance genres, which combines Muslim and Hindu elements, statuesque poses, rapid turns and sudden stops, along with brilliant musical response.

As in most of the other Indian classical genres, the movements in Kathak are performed barefoot, with straps of tiny bells fixed to the ankles, and involve eloquent use of face, eyes, hands and upper body.

Sunil was 13 when India became an independent nation in August 1947. As the country rediscovered itself in a post-colonialist era, Mr. Kothari observed its cultural developments in dance. A polymath steeped in literature, film and other genres, he loved dance both for its own sake and for its profound connections to the religion, philosophy, writing and music of India.

But his professional training was initially in accountancy. He taught in Sydenham College of Commerce and Economics in Mumbai for several years, making lasting friends while maintaining his fascination with the dance forms of India.

After Mr. Kothari’s death, the writer Salil Tripathi, a longtime friend from that era who later moved to New York, wrote in a tribute, “He taught accountancy because he knew how to do it; he celebrated dance because that’s what he wanted to do.”

When Mr. Kothari quit accountancy for dance writing, the decision went against his father’s will. He completed a master’s degree in 1964 and began to publish serious dance research four years later.

His subsequent investigations led him to travel not only throughout India but also to London on a British Council Fellowship and other cities, broadening his horizons. He became dance critic of The Times of India about 1970 and held the position until the early 21st century.

In 1977, Mr. Kothari completed a Ph.D. at the Maharaja Sayajirao University of Baroda, with an emphasis on the dance drama traditions of South India and the ancient dance manual the Natyashastra. He was awarded a doctor of letters by the Rabindra Bharti University for his research on dance sculptures in the medieval temples of north Gujarat.

His scholarship was rewarded with a number of academic posts and, in 2005, a Fulbright Scholarship. He served as a member of the International Dance Council of UNESCO.

In the West, Mr. Kothari had encounters with dance figures like Rudolf Nureyev, the choreographers Pina Bausch and Maurice Béjart and the British theater director Peter Brook. A frequent lecturer in the United States, he made his last trip to New York City in May 2019, when he spoke at the New York Public Library on the mid-20th-century dance luminaries Ram Gopal and Mrinalini Sarabhai. He wore his expertise lightly, often speaking with an innocent-sounding glee.

Information on his survivors was not immediately available.

At his death, Mr. Kothari had completed an autobiography, which has yet to be published.