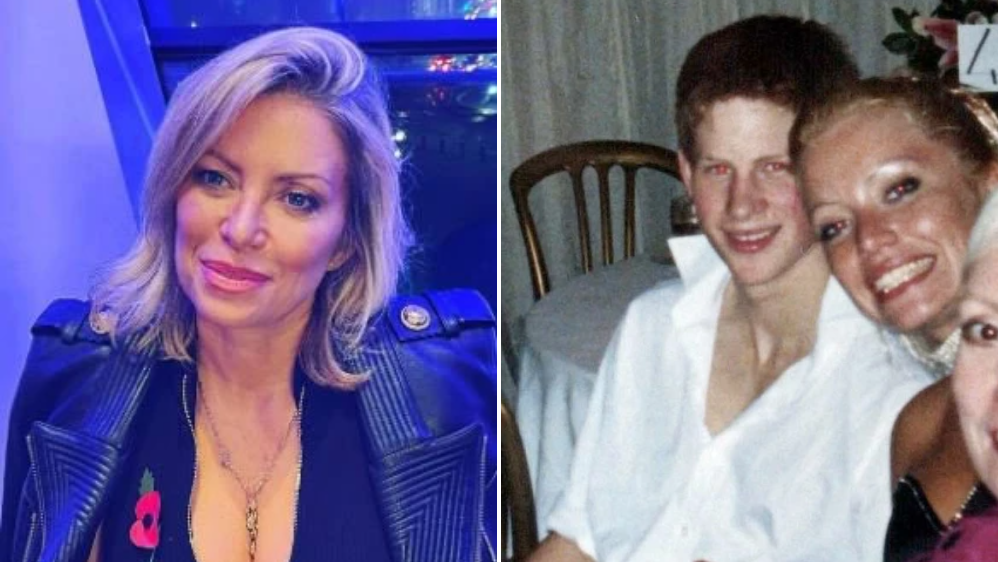 Model Suzannah Harvey had the most hilarious way of clarifying that she was not the ‘older woman’ who took Prince Harry’s virginity.

In his scandalous new book, Spare, the Duke of Sussex, now 38, recalled losing his virginity at the age of 17, while in a field.

Describing his first sexual encounter as a teen, Harry claimed that the pair had been behind a ‘very busy pub’ and that the woman treated him like a ‘young stallion’.

He said the ‘humiliating episode’ occurred with ‘an older woman who liked macho horses’ and who ‘spanked’ him before sending him away.

Naturally, speculation has been rife over who the mystery woman could be, but Suzannah – who was 23 at the time – wants it known that it wasn’t her.

Shutting down the rumours, the 44-year-old shared a snap of a packet of Ginger Nuts to her Instagram Story.

Now the CEO of Cotswold Airport, Suzannah added the cheeky caption: ‘The only ones I’ve EVER touched…’

Suzannah urged her followers to ‘believe zero of what you read,’ firmly implying that she wants no part of the Prince Harry virginity narrative.

She then went on to share a series of memes relating to other topics discussed in the Spare memoir, posting an edited snap of Prince William dressed as someone working in B&Q, with a speech bubble reading: ‘Who wants decking?’

As well as poking fun at the physical altercation between the brothers, she also referenced Prince Harry’s involvement with drugs with a picture of Jay from The Inbetweeners.

Suzannah was once very friendly with Prince Harry, though, and admitted to sharing a passionate kiss with him.

Speaking after the Beaufort Hunt Christmas Ball many moons ago, she had told Daily Mail: ‘I couldn’t believe it when he made a beeline for me.

‘It was very nice, but as we were kissing I started to get worried that his bodyguards would be looking for him. I didn’t want to get him into trouble. It was so heated, steam was rising from us into the freezing cold air.’

Most recently, she told the publication that Prince Harry’s bombshell memoir is not something she wants to discuss.

Meanwhile, Elizabeth Hurley has also ruled herself out of being the horse-loving woman.

The 57-year-old model and actor was asked by The Times in December last year whether she was the ‘beautiful’ lady with whom the Prince got intimate with in the countryside.

Laughing, Elizabeth said: ‘Not me. Not guilty. Ha!’