Home » Telling the Story of the Tulsa Massacre

Telling the Story of the Tulsa Massacre

The Tulsa race massacre of June 1, 1921, has gone from virtually unknown to emblematic with impressive speed, propelled by the national reckoning with racism and specifically with sanctioned violence against Black Americans. That awareness is reflected in the spate of new television documentaries on the occasion of the massacre’s 100th anniversary.

“Tulsa Burning: The 1921 Race Massacre” (Sunday on History), “Dreamland: The Burning of Black Wall Street” (Monday on CNN) and “Tulsa: The Fire and the Forgotten” (Monday on PBS) tell overlapping stories of the horrific day when a white mob stormed through the prosperous Greenwood District of Tulsa, Okla. Triggered by a confrontation between white men planning a lynching and Black men intent on stopping it, the 16-hour spasm of violence left 100 to 300 people dead and most of Greenwood, including more than 1,250 houses, burned to the ground.

All three sketch the history of Black settlement in Oklahoma, where more than 40 Black towns existed in the early 20th century, and the singular success of Greenwood. Each carries the story into the present, covering the excavations carried out in 2020 looking for mass graves of massacre victims. Certain scenes and interview subjects are uniformly present: the historian Hannibal Johnson; “The Bobby Eaton Show” on KBOB 89.9 FM; the Rev. Dr. Robert Turner giving a tour of the basement of the Vernon A.M.E. Church, the only part that survived the conflagration.

But each has its own style and emphasis, its own approach to the unthinkable material. The PBS film is journalistic, built around the reporting of The Washington Post’s DeNeen L. Brown, who appears onscreen, and narrated by NPR’s Michel Martin. It spends a little less time on the past and more on the continuing issues of race in Tulsa, including educational disparities and the protests following the police killing of Terence Crutcher, an unarmed Black man, in 2016. In the nature of the contemporary newspaper feature, it’s a touch sanctimonious. It ends with Johnson, looking uncomfortable, delivering a nominally hopeful sound bite: “We’re not there yet, we’re working on it.” 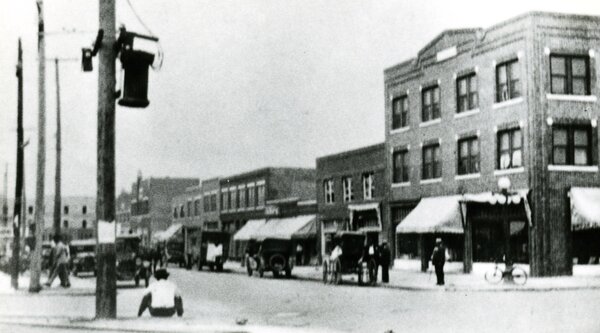 The CNN and History films both give fuller accounts of the history, and of the timeline of June 1. “Tulsa Burning,” directed by the veteran documentarians Stanley Nelson and Marco Williams, is the most polished and evocative piece of filmmaking, and the most focused thematically, using footage of the excavations as a narrative line and making the strongest link between the massacre and contemporary police shootings.

“Dreamland,” directed by Salima Koroma (and with LeBron James as an executive producer), gives the most thorough presentation of the history. It’s more forthright, for instance, on the way that Native American enslavement of Black people paradoxically led to their owning more land in the Indian Territory of Oklahoma.

That uncomfortable connection is just one of the ironies that echo through the Tulsa history. All three films note that segregation — and the economic self-reliance it produced — made the relative prosperity of Greenwood possible, in turn making the neighborhood and its residents the inevitable targets of white jealousy and rage. And a half-century later, after the neighborhood had been rebuilt, its economy was ravaged again, this time by the effects of integration.

Perhaps the saddest paradox, in the life of Tulsa and in the structures of the films, is that the only real “up” in the story — its closest thing to a happy ending — is the discovery of a mass grave in a cemetery in Greenwood last October. (The remains have not been definitely identified as those of massacre victims, and the PBS film makes the point that people who died in the influenza pandemic of 1918 were sometimes buried in mass graves.)

One thing that none of the films is able to provide, except in clips from a living-history project, is testimony from survivors. For that, it is worth seeking out the 1993 PBS documentary “Goin’ Back to T-Town,” which was told entirely in the voices of massacre survivors and their contemporaries and descendants; it’s available at pbs.org.

Even that film lacked something that is startling, but not at all surprising, in its absence: the voice of anyone who admits a connection to the perpetrators of the massacre, none of whom are identified and none of whom were ever punished.

Typically, this is where I would answer the “If you were to watch one of these films” question, but not this time. If you want to know about Tulsa, and everything it represents, watch all three. We can all afford the four and a half hours.

MORE on the Tulsa Massacre

Other programs tied to the centennial of the Tulsa massacre include “Tulsa 1921: An American Tragedy” (CBS, Monday); “The Legacy of Black Wall Street” (OWN, Tuesday); “Rise Again: Tulsa and the Red Summer” (National Geographic, June 18).