Welcome back, Joe Goldberg. Season 3 of You is right around the corner — and it sounds just as insane as the first two seasons.

On Friday, April 23, showrunner Sera Gamble took to Twitter to share a bit about the new season, first revealing they wrapped production.

“We had zero on-set positive COVID tests through a significant and scary surge here in LA. And haven’t had one since,” the Magicians creator, 37, wrote. “Because every single member of cast & crew worked very hard to take care of each other during a time that’s stressful, in a situation that’s tough to control. Obviously there is also an element of sheer good luck in this statistic. It’s impossible to totally negate risk in a pandemic.” 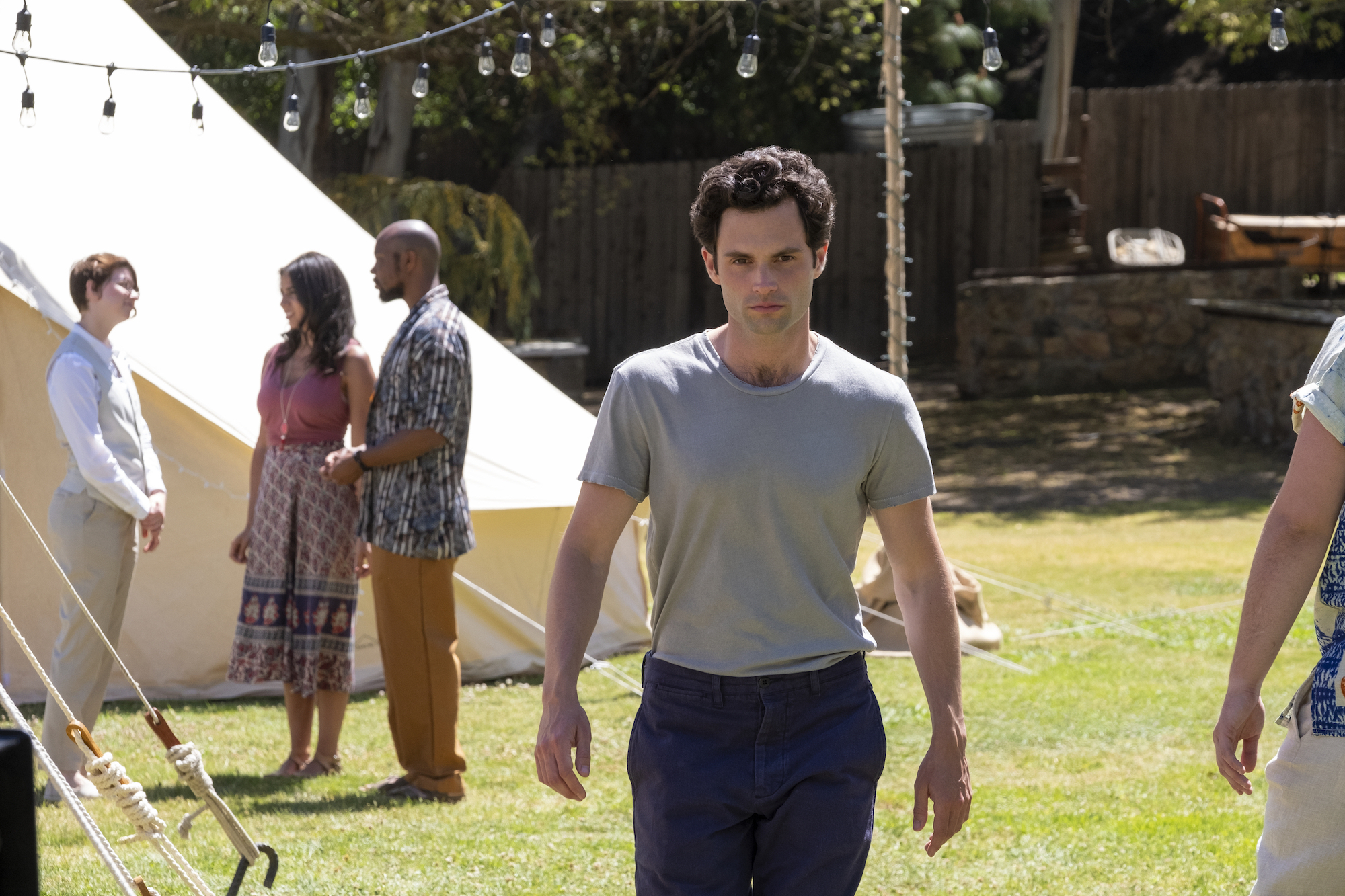 She continued, “But this span we managed to have represents SO much effort and care on the part of the production, our COVID team, and our studio. Effort expended while each human is individually going through something unprecedented and uncertain that makes their lives more challenging.”

The Supernatural writer added that she felt lucky to see how tough the team worked together before teasing what’s to come. “The episodes are f–king bonkers and the performances are insanely good,” Gamble wrote. “That’s all I’ll say about that till we are ready to talk about the new season.”

From Page to Screen! TV Shows Based on Best-Selling Books

On Friday, the official You Instagram account also shared a photo of Penn Badgley sitting in a chair with a “STALKER” sign on the back. “Don’t worry we have eyes on Joe at all times,” the black-and-white still was captioned. “Happy S3 wrap.”

In January 2020, the producer spoke exclusively to Us Weekly about the season 2 ending, which featured Joe (Badgley) settling down with a pregnant Love (Victoria Pedretti) after finding out that she also has killed people.

“She’s certainly set up to have very much her own story moving forward,” she said on the “Watch With Us” podcast at the time. “It’s an interesting balance with the show You in particular because so much of the show is interested in showing you the world through this particular man’s gaze. He is our window into the world, in a much more direct way than on a lot of other shows. The intention is to build her out — her point of view, her desires, her problems — in a way that makes her feel as fully realized as her troubled romantic partner.”

Heating Up! The Most Memorable TV Love Triangles of the Last Decade

She also shed light on what kind of father Joe may be, noting that he could actually be a pretty great one.

“I think the very best thing inside of Joe is his desire to protect innocent young people. That’s so sincere,” Gamble told Us. “It’s obvious that he doesn’t have any ulterior motive beyond maybe just wanting another kid to have a better childhood than he did. The argument can be made that he saved [kids in past seasons], but the argument can probably more strongly be made that he came into their lives and destroyed them.”