The Best Movies and TV Shows Coming to Amazon, HBO Max, Hulu and More in April

(Note: Streaming services occasionally change schedules without giving notice. For more recommendations on what to stream, sign up for our twice-weekly Watching newsletter here.) 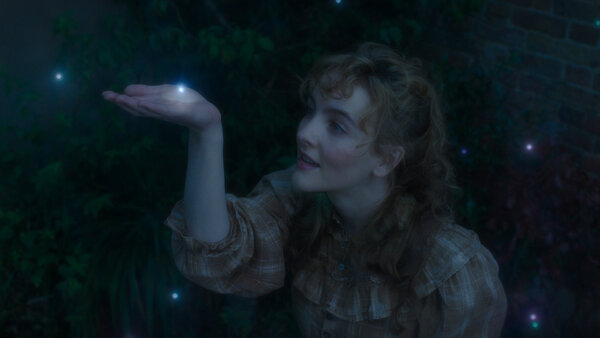 ‘Exterminate All the Brutes’

The filmmaker Raoul Peck, perhaps best-known for his Oscar-nominated 2016 documentary “I Am Not Your Negro,” tackles his most ambitious project yet with the four-part cinematic essay “Exterminate All the Brutes,” based in part on Sven Lindqvist’s book of the same name about Europe’s domination of Africa and in part on the scholarly work of the historian and Indigenous rights activist Roxanne Dunbar-Ortiz and the Haitian anthropologist Michel-Rolph Trouillot. Relying on a mix of clips from old movies and new dramatizations of historical incidents — all overlaid with the director’s discursive narration — Peck considers how pop culture and the literary canon have shaped the narratives around Indigenous people and their colonial invaders. Equal parts informative and provocative, this project is aimed at changing the way viewers think about who history’s heroes and villains are.

There’s a bit of steampunk and a lot of X-Men-like energy in “The Nevers,” a semi-comic action-adventure series created by Joss Whedon, the man behind “Buffy the Vampire Slayer” and “Firefly.” Whedon’s contributions have been downplayed by HBO’s promotional departments, in part because he left the production in the middle of its first season — and perhaps because of recent accusations of mental abuse from his past employees. Nevertheless, “The Nevers,” set in Victorian Britain, very much feels like one of his shows, with its alternately angsty and witty characters. Laura Donnelly plays Amalia True, a superhero who leads a team of strange and powerful women referred to by London aristocrats as “the touched.” As the ladies tackle supernatural phenomena, they also clash with an establishment that wants to keep them marginalized, because of what they can do and because of who they are.

Kate Winslet plays a dogged small-town Pennsylvania police detective with a messy home life in “Mare of Easttown,” a crime drama created by Brad Ingelsby, a screenwriter of the films “Out of the Furnace” and “The Way Back.” As with Ingelsby’s movies, this mini-series uses a pulpy premise — a murder mystery — as an entry point to a complex and absorbing study of a place at once familiar and unique. The director Craig Zobel and a top-shelf cast (including Jean Smart as the heroine’s opinionated mother and Julianne Nicholson as her former high school basketball teammate) capture the limitations and comforts of a community where everyone knows each other’s painful secrets. The gray tones and the procedural plot resemble those of a grim European cop show, but the performances and dialogue exhibit a lot of vitality.

‘WeWork: Or the Making and Breaking of a $47 Billion Unicorn’

Like many stories about cutting-edge business ideas, the saga of the real-estate-sharing company WeWork ultimately comes down to the disconnect between its bosses’ public ideals and the ugly practical realities of making money. Directed by Jed Rothstein, “WeWork: Or the Making and Breaking of a $47 Billion Unicorn” features a wealth of insider interviews and behind-the-scenes footage, all describing a start-up that began by touting a clever solution to the modern urban problem of overpriced office space but then tried to evolve into an entire unwieldy lifestyle brand. Rothstein’s film focuses mainly on the charismatic co-founder Adam Neumann, and how Neumann and his fellow execs were spending like billionaires while misrepresenting — even to their faithful employees — what was really happening.

The journalist David Holthouse has spent much of his career investigating odd American subcultures, spending time with people whose lives have revolved around drugs, violence or the arcane. In the three-part docu-series “Sasquatch,” Holthouse heads into Northern California’s so-called Emerald Triangle — one of the most storied cannabis-growing regions of the world — to look into a legend he heard decades ago, about a trio of farmers who were dismembered by the infamous cryptid known as Bigfoot. The director Joshua Rofé follows Holthouse into the wild as he interviews locals who are enthusiastic about both marijuana and the paranormal. The stories they unearth are partly about eerie phenomena and partly about the very real dangers of a community teeming with crime.

“Greta Thunberg: A Year to Change the World”

The first season of the new horror anthology series “Them” has the subtitle “Covenant,” referring to the rules for residents of a middle-class suburban subdivision in the early 1950s. Deborah Ayorinde and Ashley Thomas play a married couple with two young daughters, who move from North Carolina to an all-white neighborhood in Los Angeles looking for their piece of the American dream. They meet open hostility from their new neighbors (including the local housewives’ cruel ringleader, played by Alison Pill), while also being haunted by strange supernatural forces. Created by Little Marvin and produced by Lena Waithe, “Them” uses the discomfiting facts of racial discrimination to unsettle the audience, even before the nonhuman monsters arrive.

Justin Theroux is both a producer and the star of the mini-series “The Mosquito Coast,” an adaptation of an acclaimed 1981 novel by his uncle Paul Theroux. The show’s co-writers Neil Cross and Tom Bissell, with the director Rupert Wyatt, have updated the story to the 21st century, but its still about the idealistic and eccentric inventor Allie Fox, who hates modern technology as much as he detests American materialism. Chasing his dreams — and dodging the federal authorities — Allie packs his family onto a rickety boat and floats them down to Latin America, where he plans to live off the land. The TV version deviates sometimes significantly from the book, but its heart is the same: a rich portrait of a brilliant madman, and of the people he’s dragged into his delusions.