One insomnia-ridden evening, I went down Kylie Jenner’s Instagram rabbit hole to try and pinpoint the exact moment in which she went from merely being the youngest sister in the Kardashian-Jenner clan to being a mega influencer. I scrolled through what felt like an infinite number of selfies, but finally, I found the moment in which Kylie’s metamorphosis began: It was around 2014, in season nine, that Kylie began to experiment with her look — specifically her lips. 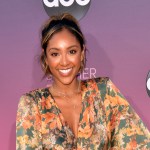 I thought about doing the same for each sister, but then I realized I’d probably go mad, as each Kardashian-Jenner sister has mutated in various shapes and forms throughout the span of the 20 seasons of Keeping Up with the Kardashians. It was just one example of the absurd amount of time I’ve spent with this family — a family that’s not my own. And as the show comes to an end, I wonder if the countless hours I spent watching it have meant anything at all.

At the onset of KUWTK, in the late aughts, I was fascinated by their dynamic of sisterhood. The sisters’ endless berating of each other reminded me a lot of my own sisters. Watching Kourtney make fun of Kim crying during a family vacation in season 2, episode 8 — “She has this ugly crying face”’ — made for hilarious (if mean-spirited) television. Fast-forward to season 18, in which Kim and Kourtney go at it with a classic throwdown, and it’d be easy to think not much had changed. But somewhere in between, something certainly had: The Armenian family from Calabasas became an over-exposed, Instagram-filtered version of the people they used to be. In the wake of the pandemic, it’s probably a very good thing that the show is almost over, because how much more glam can we handle?

…as the show comes to an end, I wonder if the countless hours I spent watching it have meant anything at all.

Kris Jenner, the woman who pioneered the term “momager” and gave every backstage mom in the world validation that it’s okay to seek fame for yourself and your children, has achieved her greatest desire. She went from hawking her kids to every brand to crisis manager, to then something even more important: the matriarch of a massively successful family. Her title has certainly evolved as each of her offspring has branched out from her clutches and into their own empires — and she deserves all the credit in the world. But the overload of product endorsements has become saturated and dense.

Initially, I was enthralled by the romance of Khloé Kardashian and Lamar Odom, and its demise. That was good TV. So was Kris’ own strange marriage and Kim’s short-lived union with Kris Humphries. Also extremely entertaining: Kim’s marriage to Kanye West, her increasing status, and everything that came with that. Her full exposure of the night she was attacked in her apartment in Paris was horrible — but also riveting. Now, I could have gone without Kourtney’s signature vocal fry and the back-and-forth with baby dad Scott Disick — but hey, no family is perfect.

But the point of change for me came around season 18. It was after Kylie had her baby, and around the time Kendall’s modeling career hit the big time. As their lives developed with families and full-fledged careers, it seemed that we got much less “reality” on KUWTK. Kourtney’s disdain for “being famous” grew with each season, Khloé’s interchangeable face made me feel like I was watching The Twilight Zone, and Scott’s young girlfriend made me want to vomit. I would have happily taken their bizarro world had they been more transparent about what was going on behind-the-scenes. I have no issue with plastic surgery, makeup contouring, or the like, but it seemed like the sisters, who once discussed everything openly and candidly, began to sweep things under the rug. Instead, we got more scripted scenarios and out-of-place timelines. Plus, the show made it abundantly clear that some members of the family didn’t want to be on camera all the time. We got less of Kylie, Kendall, and Kourtney. And while Khloé was always game for whatever, her takedown of Jordyn Woods was uncalled for and uncomfortable to watch. Khloé used to be the one who kept it real and called it for what it was, but that too began to dissipate.

And yet, I am grateful for KUWTK. Throughout the show’s 14-year run, we witnessed a true star in the making. We have Kim, the most real Kardashian of them all. Kim has forever changed pop culture in more ways than I can list here. But the extraordinary aspect of her brand is that she isn’t resting her laurels on her pretty face and famous booty. Her aspirations of becoming a lawyer are resulting in real change. Now, that may not make for good TV, but that’s okay. Social justice isn’t supposed to be entertaining, it’s supposed to be impactful. And I wouldn’t trade Kim’s passion for prison reform for a makeup tutorial. It’s been extraordinary to see her develop from an Instagram influencer to a mom and soon — if all goes according to her plan — an attorney. That’s the epitome of life development.

So, on the eve of the series finale, I joyfully bid farewell to the Kardashian-Jenner crew. Oh, don’t get me wrong: I’ll be watching every minute of every last episode. But it’s time we got off the cycle of glamourizing jets and nails and start living a real kind of life. It may be a challenge for them to function sans cameras, but the reality is, the real world doesn’t have a picture-perfect lens.

Before you go, check out our gallery of the best reality TV shows on right now.