Home » Entertainment » The Weekly | G.M. Leaves Lordstown Behind in Hard Bet on Future

The Weekly | G.M. Leaves Lordstown Behind in Hard Bet on Future

With its focus on a future of self-driving cars and renewable fuels, General Motors is leaving some manufacturing plants like the one in Lordstown, Ohio, in its rearview. Workers who spent a lifetime at the plant — and constructed their lives around G.M. as they built the company’s cars — are losing their jobs. But this round of layoffs is different from the decades-old shifts in the auto industry. Competition from Silicon Valley, pressure from Wall Street and fundamental changes in how we get around are forcing the company to transform itself. It may be easy to say it’s not fair, but the American economy may not have room for fairness anymore.

“The Weekly” visits Lordstown to talk to some workers before their last shift, and our correspondent sits down with G.M.’s chief executive, Mary Barra, who says she’s trying to save the car company. 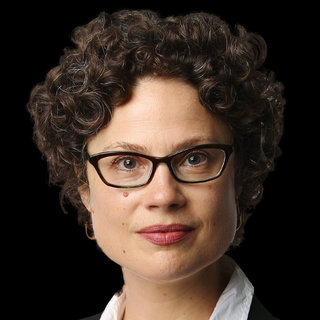 Sabrina Tavernise is a national correspondent for The Times who has been traveling to states like Ohio for nearly a decade to report on social and economic changes. For 10 years, she was a foreign correspondent in Russia, Iraq, Pakistan and Turkey, where she was The Times’s Istanbul bureau chief. Follow her on Twitter at @stavernise.

The closing of the Lordstown plant has disrupted thousands of lives and upended politics in a county that flipped from Democrat to Republican in the 2016 presidential race, and where candidates are making their pitches for 2020. Read Sabrina’s article about Lordstown voters’ ambivalence toward President Trump.

The president tried to throw Lordstown a lifeline in May when he announced that a small, little-known manufacturer of electric vehicles would buy the G.M. plant. It isn’t a done deal, and few people had much faith it would replace many of the lost jobs.

When the plant made its last car in March, it marked the end of a way of life that Lordstown had known for a half-century, when almost everything in town revolved around the G.M. plant.

G.M.’s announcement in November 2018 that it was shuttering the Lordstown plant and four others caught many people by surprise. Wall Street responded enthusiastically to the news, sending the carmaker’s stock up nearly 5 percent that day.