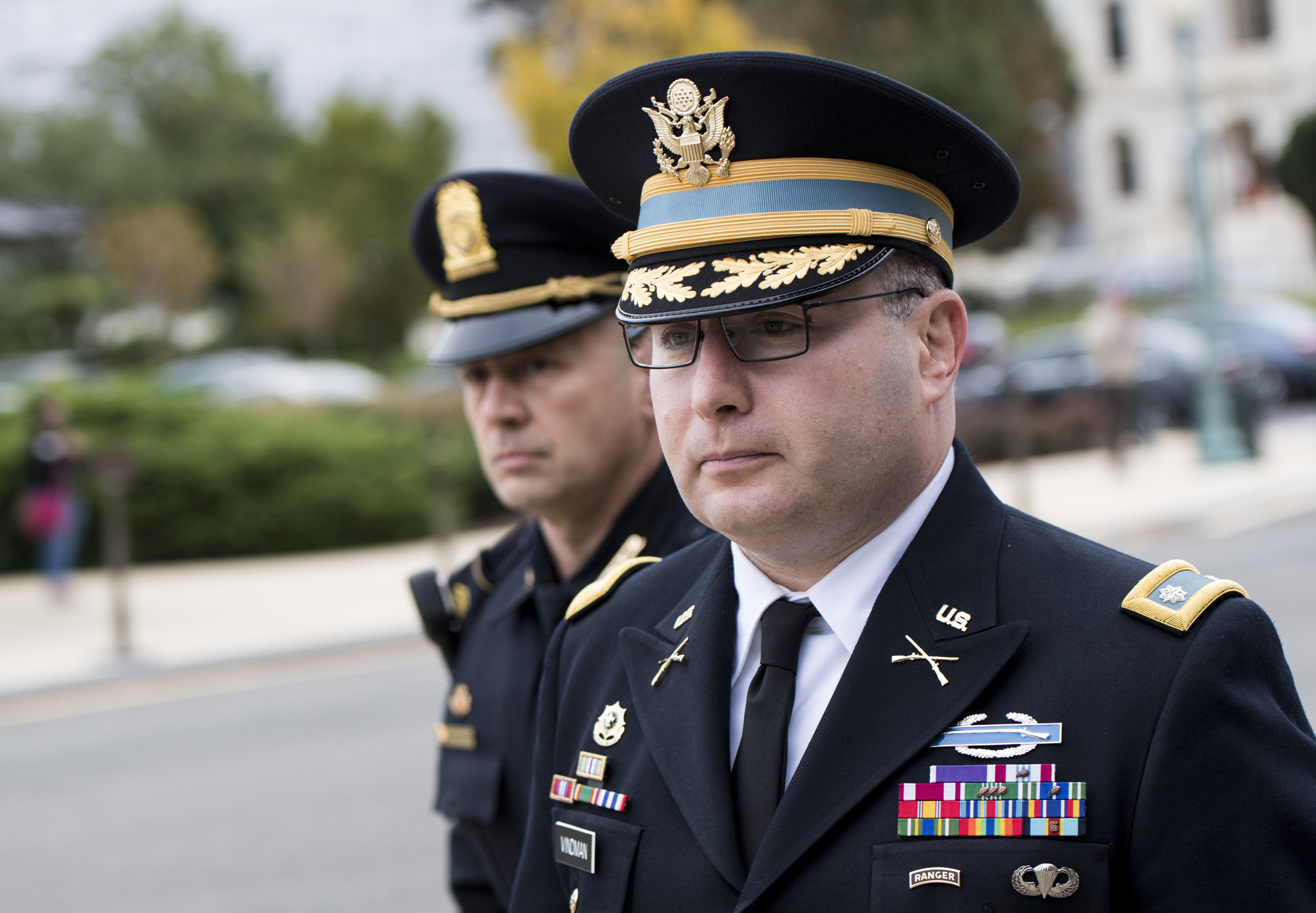 The White House transcript of President Trump’s July phone call with his Ukrainian counterpart failed to include key details in the conversation, the White House official who listened to the call told House impeachment investigators Tuesday.

Lt. Col. Alexander S. Vindman, the top expert on Ukraine on the National Security Council, told the House Intelligence, Foreign Affairs, and Oversight committees that he tried to have the information added to the White House’s official transcript of the call with Ukrainian President Volodymyr Zelensky, but the edits were not included in the final version released to the public, the New York Times reported Tuesday.

A source familiar with the testimony told BuzzFeed News the Times story was accurate.

The details referenced by Vindman during his testimony don’t change the overall understanding of the phone call, which a CIA whistleblower flagged as concerning and is now part of the ongoing House impeachment inquiry. But the information omitted will likely raise new questions from impeachment investigators as to how the White House handled the transcript released to the public, and what information was kept out.

President Trump and Republicans have repeatedly pointed to the public transcript of the July 25 phone call at the center of a House impeachment inquiry as suggesting there was no “quid pro quo,” despite the transcript showed Trump asked Zelensky “to do us a favor.”

Trump then went on to make references to CrowdStrike, the company hired to investigate the Democratic National Committee during the 2016 election, and former Vice President Joe Biden’s son.

“There’s a lot of talk about Biden’s son, that Biden stopped the prosecution and a lot of people want to find out about that so whatever you can do with the Attorney General would be great,” Trump said, according to the transcript.

Vindman told impeachment investigators that part of the omissions in the transcript included Trump referencing recordings where Biden spoke about corruption in Ukraine. In another part of the conversation, Vindman said, Zelensky specifically mentioned Burisma Holdings, the energy company where Biden’s son, Hunter Biden, worked as a member of the board.

The White House transcript included a disclaimer at the bottom of the public document stating it was not a “verbatim transcript of a discussion” and, on Tuesday, Vindman said his effort to include details discussed during the call failed.

The transcript, released on Sept. 25, includes three uses of ellipsis, suggesting missing portions of the conversation.

“I did not think it was proper to demand that a foreign government investigate a U.S. citizen,” Vindman said Tuesday in his prepared testimony.

Kate Nocera contributed to this report.