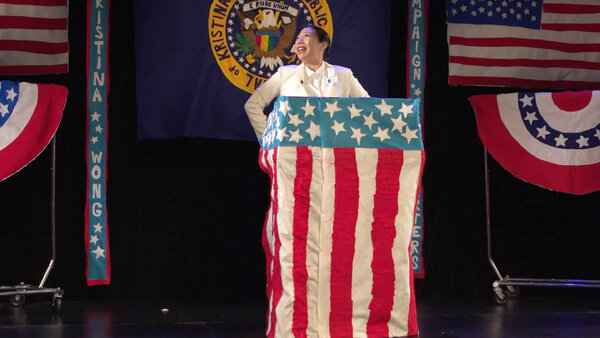 As Covid continues unabated in the United States and an increasing number of countries go back into lockdown, audiences are nowhere near returning to live theater en masse. Thankfully, theater itself keeps going — resourcefulness is part of its DNA.

Of course, some folks are definitely more enterprising than others. Jeremy Wein’s scrappy New York upstart Play-PerView, for example, continues its streak of dynamic staged readings with two exciting outings. First, Armie Hammer stars in Howard Emanuel’s “Sundogs” as Joe Garnier, a soldier in the U.S. Army (Sunday through Nov. 12). Hot on its heels is a reunion of Lydia R. Diamond’s popular “Toni Stone,” headed once again by the wondrous April Matthis in the title role — the real-life first woman to ever play professional baseball. (Nov. 10-14; both shows at play-perview.com.)

Some established institutions have risen to the challenge as well. In Los Angeles, the Geffen Playhouse is cranking out playful interactive productions that regularly sell out. Next in line is “Citizen Detective,” written and directed by Chelsea Marcantel (“Everything Is Wonderful”). Capped at 24 participants at a time, the show splits audience members into squads and dispatches them to solve a Hollywood murder. (Nov. 10-Dec. 20; geffenplayhouse.org.)

And there is so much more.

More intimate, the York Theater’s new appointment series, Broadway’s Great American Songbook, bears a self-explanatory title and is hosted by Michael Feinstein; it should be a balm for cabaret lovers. (through Dec. 16; yorktheatre.org.) 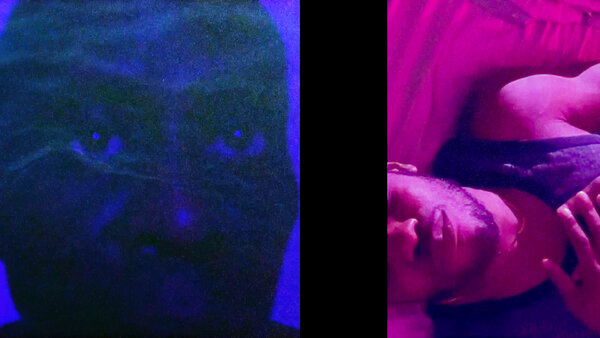 In Southern California, Center Theater Group is keeping busy with new digital productions filmed at the Kirk Douglas Theater, which has been transformed into a soundstage. In the politically minded comedy “Kristina Wong for Public Office,” Wong recounts her experience as a performance artist and theater maker who got elected as a representative on the Wilshire Center Koreatown Neighborhood Council, an advisory board to the City of Los Angeles. (Through Nov. 29; centertheatregroup.org.)

C.T.G. is also presenting readings of the L.A.-based playwright Luis Alfaro’s illuminating, elemental transpositions of Greek tragedies to Chicano America. First out is “Oedipus El Rey” on Nov. 13, followed by “Mojada” (that is, “Medea”) on Nov. 20 and “Electricidad” (a reworking of “Electra”) on Nov. 22.

Moving eastward, Chicago’s prestigious Steppenwolf Theater kicks off a promising virtual season with James Ijames’s 20-minute piece, “What Is Left, Burns.” Directed by Whitney White it stars the terrific Steppenwolf ensemble members K. Todd Freeman and Jon Michael Hill as former lovers who reconnect when they are at different stages of their lives and careers. (Opens Nov. 11; steppenwolf.org.)

The famously prickly monologuist Daniel Kitson is touring empty British theaters with his latest piece, “Dot.Dot.Dot.” Inspired by six months of pandemic living, the show was conceived specifically for these ghostly locations; considering Kitson’s often adversarial relationship with critics, he’s probably happy they can’t be there in the flesh. (Through Nov. 27; danielkitson.com.)

A more avuncular solo is “Being Shakespeare,” in which the great character actor Simon Callow (“Tuesdays at Tesco’s”) takes us through Jonathan Bate’s recounting of a certain playwright’s life and work. The performance, filmed in 2011, kicks off Shakespeare Month on the popular YouTube channel The Shows Must Go On! (Through Sunday; youtube.com/theshowsmustgoon.)

Doubling the number of warm bodies onstage is a revival of a revival of Lanford Wilson’s affecting Pulitzer Prize-winning duet “Talley’s Folly,” a play equal parts melancholy and romantic. Kate Hamill (best known for her stage adaptations of such literary classics as “Sense and Sensibility” and “Dracula”) and her real-life husband, Jason O’Connell, portray wary souls tiptoeing around love in a full production captured at Syracuse Stage last month. (Nov. 11-22; syracusestage.org.)

One for the kids

Quality streaming theater for the whole family has not been all that easy to find, so an adaptation of Matt de la Peña and Christian Robinson’s Newbery Medal-winning “Last Stop on Market Street” stands out. The show, about a young boy and his grandmother’s lively bus ride after church, features a score by the father-son team of Lamont Dozier and Paris Ray Dozier (you may recognize dad’s name from many Motown hits). A joint effort from Minnesota’s Children’s Theater Company and Chicago Children’s Theater, this full staging was recorded in 2018. (Nov. 9-22; childrenstheatre.org.)

From America to Britain, and back again

Lesser-known American tuners are getting British productions that are worth investigating. A musical about the writing of a musical, by and starring the makers of that musical, “[title of show]” is the epitome of meta. Now it’s back with a livestream from the London Coliseum, which should confirm that this self-referential onion works even when layers are missing, i.e., the cast was not involved in the original run. (Nov. 12-14; londoncoliseum.org.)

Meanwhile, Finborough Theater has made available its 2016 staging of Joshua Schmidt and Jason Loewith’s “Adding Machine: A Musical.” The show, which ran Off Broadway in 2008, is a modernist satire that is as bitingly bleak — its protagonist is named Mr. Zero — as it is brilliant. The capture is entirely devoid of frills, but it’s still a worthy watch. (Through Nov. 12; finboroughtheatre.co.uk.)

The Rattlestick Playwrights Theater and WNET’s All Arts present the virtual premiere of Dael Orlandersmith’s solo play “Until the Flood,” based on interviews she conducted after the shooting of Michael Brown by a white police officer in Ferguson, Mo. Orlandersmith’s performance, captured during the Rattlestick run two years ago, has a fervid yet controlled intensity. (From Nov. 15; allarts.org.)