Sometimes the best accessories aren’t the jewelry, or the handbags and purses — sometimes, they’re the extra loved one who takes the photo with you. And in Salma Hayek’s case, her four-legged family member got to feel super glamorous during the actress’ photo shoot with Elle for their Women in Hollywood issue. The Eternals star took the best photo with her pup and opened up about how validating it felt to be included in the upcoming Marvel film.

But before we dive into the actress and mom of one‘s thoughts on her forthcoming film, let’s just take a look at these stunning photos. Hayek’s cover features the actress looking positively radiant in a yellow garment with feathers running along the fabric. The second photo for Elle‘s spread, however, features the star wearing a Bottega Veneta black, one-sleeve dress with Pomellato jewels and her pooch posing alongside her. Have you ever seen a dog work the camera like this? 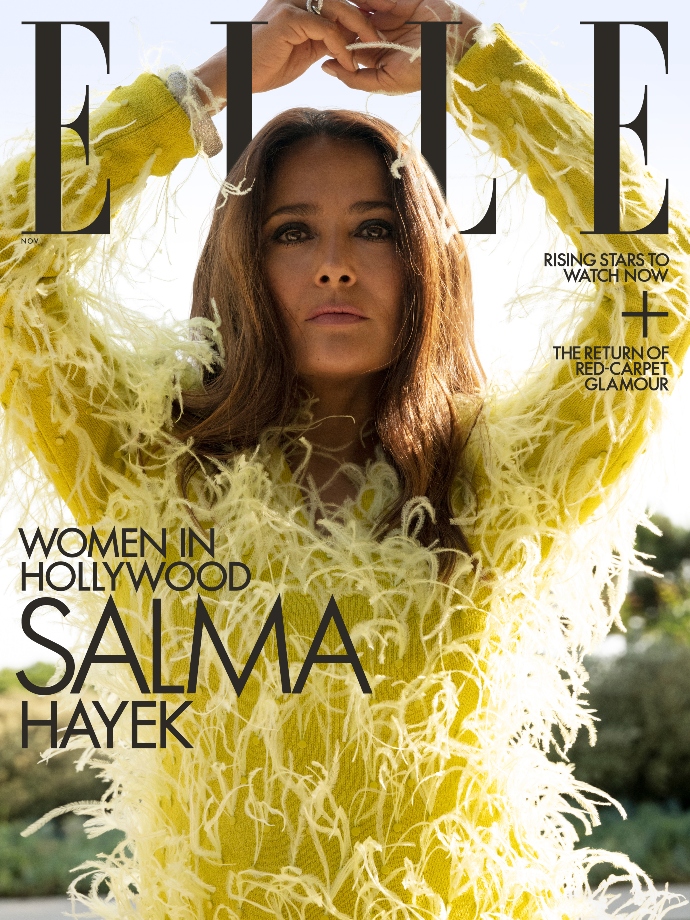 While the photos were a fun little exercise in including four-legged friends in photo shoots, Hayek’s thoughts on her role in Eternals struck a much more serious chord. “Sometimes as a woman, as a woman of color and with the age, you feel so overlooked,” Hayek revealed to Elle. “It was one of those moments where you think, ‘Okay, I held on in this industry, survived for this long.’” 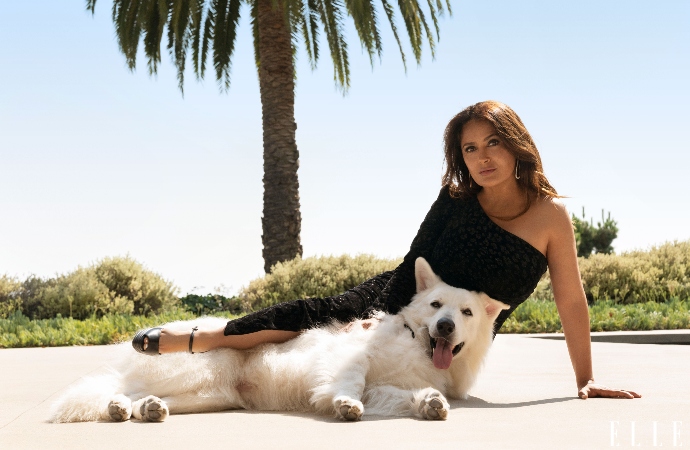 Hayek credits her director, Oscar winner Chloe Zhao, for making the decision — along with the creative team — to cast Hayek in the Marvel epic. “I just felt acknowledged by somebody I admire and didn’t know she was watching me.” Now, the actress along with an A-list cast of talent, take the Marvel Cinematic Universe into its next thrilling chapter with Eternals.

Before you go, click here to see actresses over 50 who are more successful now than ever.