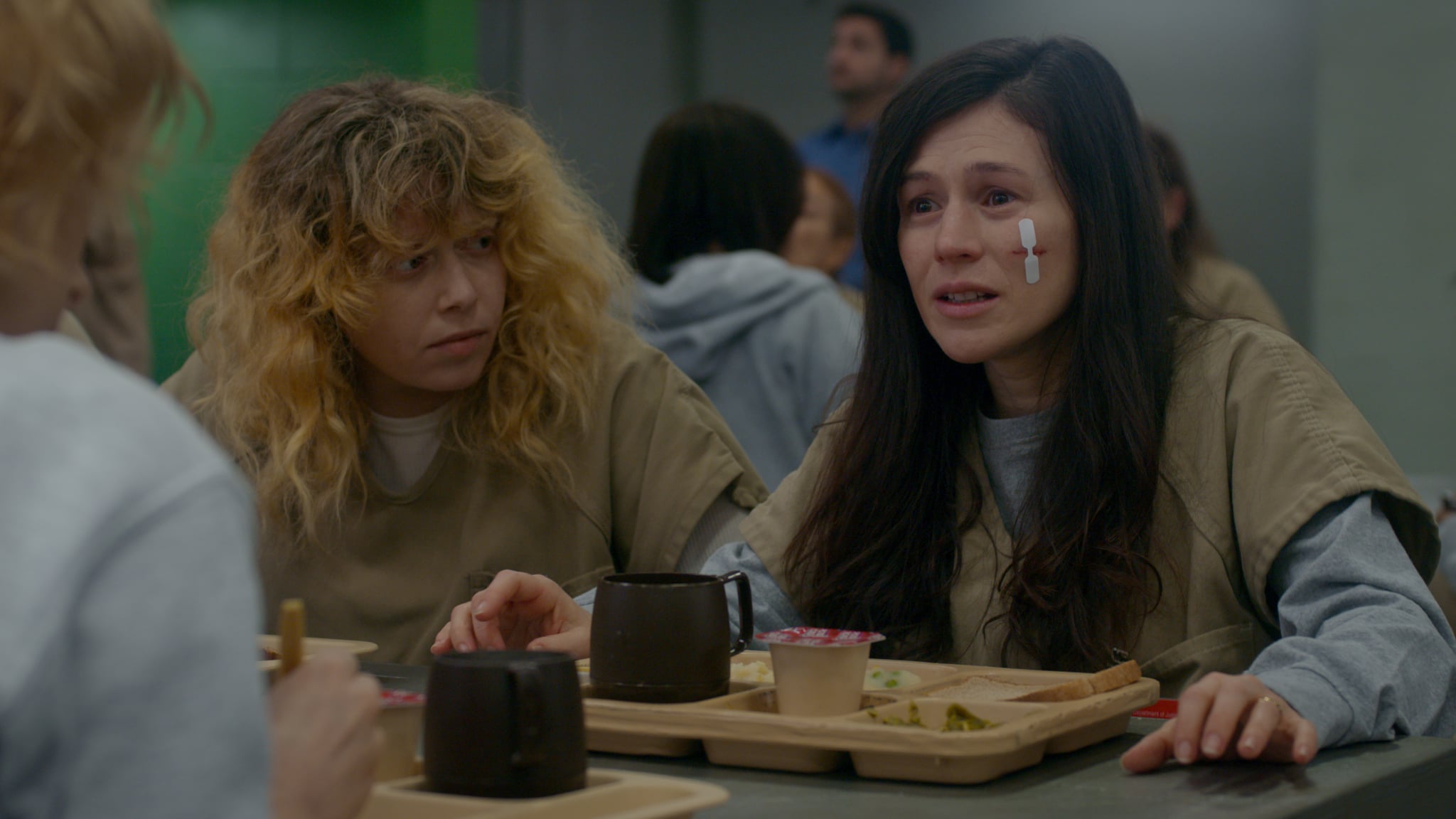 Warning: So many spoilers for Orange Is the New Black ahead!

We’ve been invested in Lorna Morello (Yael Stone) since the first episode of Orange Is the New Black. She’s very welcoming to others, which is partly because she loves to talk, and is overall one of the sweetest inmates. However, she’s obviously in Litchfield Penitentiary for a reason. We thought we knew everything there was to know about her at this point, but there’s a major piece of her past that might explain her behavior in the past and in season seven.

First off, Lorna was sent to prison because she stalked a man named Christopher, whom she went on one date with. Her behavior escalated to planting a device in his girlfriend’s car to try to kill her. However, she tells her fellow inmates that her and Christopher are engaged and happily planning their wedding.

In season five, we find out that Lorna is pregnant by her husband Vince Muccio (John Magaro), whom she married in prison, and they consummated their marriage against a vending machine. That one time was all it took. She gave birth in between seasons six and seven, so we never get to see her with a bump. When Vince comes to visit her one day, he’s in tears as he explains that their son got pneumonia and passed away in the hospital. Lorna carries on her life behind bars still acting like her child is fine and even makes him an Instagram page with her illegal phone.

This kind of behavior is something only a professional can properly assist with, but it may stem from an incident in Lorna’s past. In episode nine, we see a flashback of her on a double date in a bar. She’s flirty with her date as they play pool, and she accidentally spills another guy’s drink with her pool stick. The guy is there with his new fiancé and, as the hopeless romantic she is, Lorna asks all the details about the proposal and is genuinely excited for them. She eventually leaves the bar with her date, where he gets handsy and she pushes him away. She decides to walk and winds up on a rooftop the next morning. There was blood on her coat and her stockings were ripped after walking 15 miles.

We find out that Lorna had a tragic experience after she left the bar. As she was walking home, a car beeped at her and she thought it was the guy at the bar wanting her to get in. She grabs a rock and throws it at the windshield. The car runs into construction machinery and Lorna runs over to see if the person is OK. However, it wasn’t the guy from the bar. It was the engaged couple from the bar. The woman was lying on the hood of the car and the man’s head was bleeding. Both are presumed to be dead.

Lorna leaves the scene and must have been such in such shock that she just walked all night and wound up on the roof. That extremely emotional moment could have been the mental break that started her behavior.