Home » Entertainment » Trevor Noah: Chrissy Teigen Was ‘Far From The Only A**hole On Twitter’

Trevor Noah: Chrissy Teigen Was ‘Far From The Only A**hole On Twitter’

During his show on Tuesday, Trevor Noah analyzed how the queen of Twitter was ostracized by the very social media platform that made her famous.

“I think we can all agree that Chrissy Teigen has been a particularly horrible person online,” the host of “The Daily Show” said of the 35-year-old model.

But Noah also noted that the recent controversy surrounding the cookbook author and her past cruel tweets made him think about “why exactly Chrissy Teigen was so brutal to people to begin with.”

“Because, let’s be real, Chrissy Teigen was far from the only asshole on Twitter,” he said.

Last month, Teigen apologized for decade-old tweets and DMs that recently resurfaced in which she relentlessly attacked a then-teenage Courtney Stodden, who was the subject of a media frenzy when they married 51-year-old actor Doug Hutchison at the age of 16 in 2011.

Then on Tuesday — shortly after Teigen published a second apology about her past tweets — designer Michael Costello spoke out about Teigen harassing him online in 2014. The “Project Runway” alum, who posted screenshots of his Twitter DMs with Teigen, said he’s still “traumatized, depressed and has thoughts of suicide” over what he said were Teigen’s attempts to destroy his career.

And although Noah likened someone who harasses people via DM to “Mike Tyson coming to punch you one more time at home after the fight,” he also pivoted a bit, saying he thinks Twitter “pushes people into being their most assholish self.”

(When Noah was announced as the new host of “The Daily Show” in 2015, he was criticized for tweeting offensive jokes as recently as 2014, something he obliquely referenced in the monologue, saying, “Lord knows I’ve said things on Twitter that I wouldn’t say today.”) 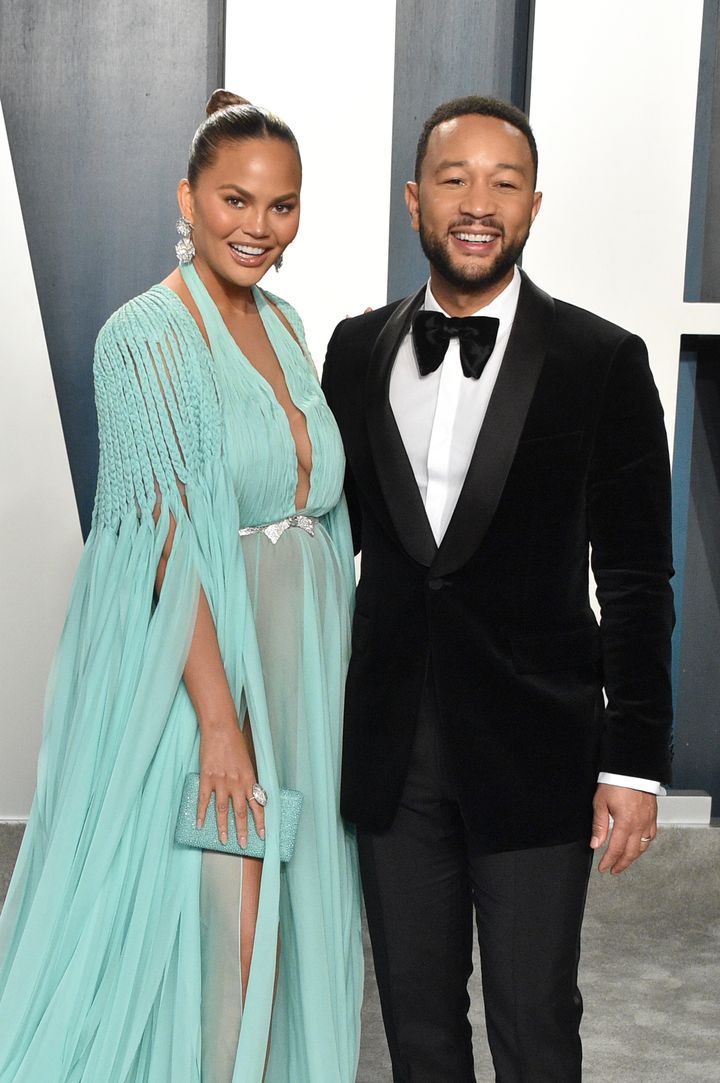 He noted that trending topics on Twitter — which he called the “internet’s septic tank” — are usually negative. When people engage in this negativity, he said, it encourages them to say the “nastiest things that they can think of” to become part of the conversation.

“And then all of a sudden, the outrage they were a part of turns on them,” he said. “And that’s not a mistake. It’s how the system is set up to keep us all online, and to keep making money for the platforms.”

“I’m not saying every tweet has to be smiles and gumdrops,” Noah said. “We can still be humans, we can still have fun. But maybe just aim for that giant space between Chrissy Teigen hate tweets, and any John Legend song.”