As Los Angeles fans celebrated the Lakers’ NBA title Sunday after their victory over the Miami Heat, one voice stood out.

Vanessa Bryant, the widow of Lakers legend Kobe Bryant,  gave a bittersweet shoutout to the team. (See it below.)

The Lakers’ title was their first since Kobe Bryant’s last of five as a Laker in 2010, before lean times. Vanessa Bryant summed up the triumph on her Instagram story in a photo of Bryant with Lakers General Manager Rob Pelinka.

“Wish Kobe and Gigi were here to see this,” she added.

Bryant and his daughter Gigi (Gianna) were killed with seven others in a helicopter crash in January. His legacy loomed large after the Lakers 17th championship.

Pelinka, who was Gigi’s godfather, recalled Bryant’s optimism that the team would climb back to the top, the Los Angeles Times reported.

“Guess you were right, man,” Pelinka said, looking upward. “You gave me the energy to do it.” 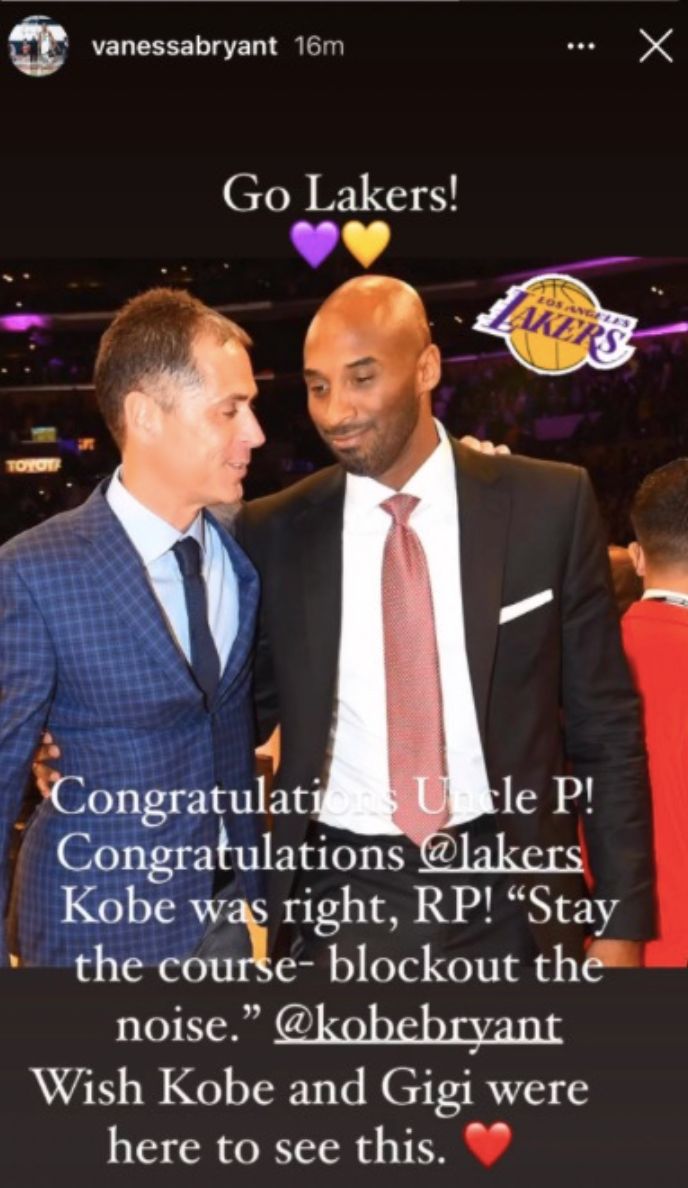