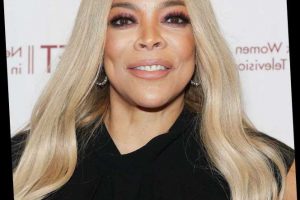 Wendy Williams apologized Friday after receiving a barrage of criticism for comments she made regarding gay men who wear high heels and skirts.

In an emotional video posted to her social media accounts, Williams said she never approaches topics on her eponymous talk show from “a place of malice,” and that she takes her platform among LGBTQ fans very seriously.

“I didn’t mean to hurt anybody’s feelings,” she said in the clip, which can be viewed below. “I live and let live every day. Life is too short.”

Williams acknowledged that the eyebrow-raising remarks could have been attributed to “somebody out of touch,” adding, “I’m not out of touch, except for perhaps yesterday by saying what I said.”

“I will do better,” she concluded.

No stranger to controversy, Williams came under fire Thursday following a “Hot Topics” segment on her talk show that many saw as homophobic and transphobic. The discussion focused on “Galentine’s Day,” an unofficial Valentine’s Day alternative celebrating female friendship and introduced by the TV series “Parks and Recreation.”

“If you’re a man and you’re clapping, you’re not even a part of this,” Williams told the audience. “I don’t care if you’re gay. You don’t get a [menstrual period] every 28 days. You can do a lot that we do, but I get offended by the idea that we go through something you will never go through.”

“Stop wearing our skirts and our heels,” she continued. “You’ll never be the woman that we are, no matter how gay!”

The online backlash was swift. Many accused Williams of being homophobic and subtly shading stars like “Pose” actor Billy Porter and Jonathan Van Ness of “Queer Eye,” who have won acclaim for their embrace of gender-fluid fashions. Though the host hadn’t mentioned the transgender community by name, some interpreted the remarks as transphobic, too.