Who is new MasterChef: The Professionals judge Anna Haugh? 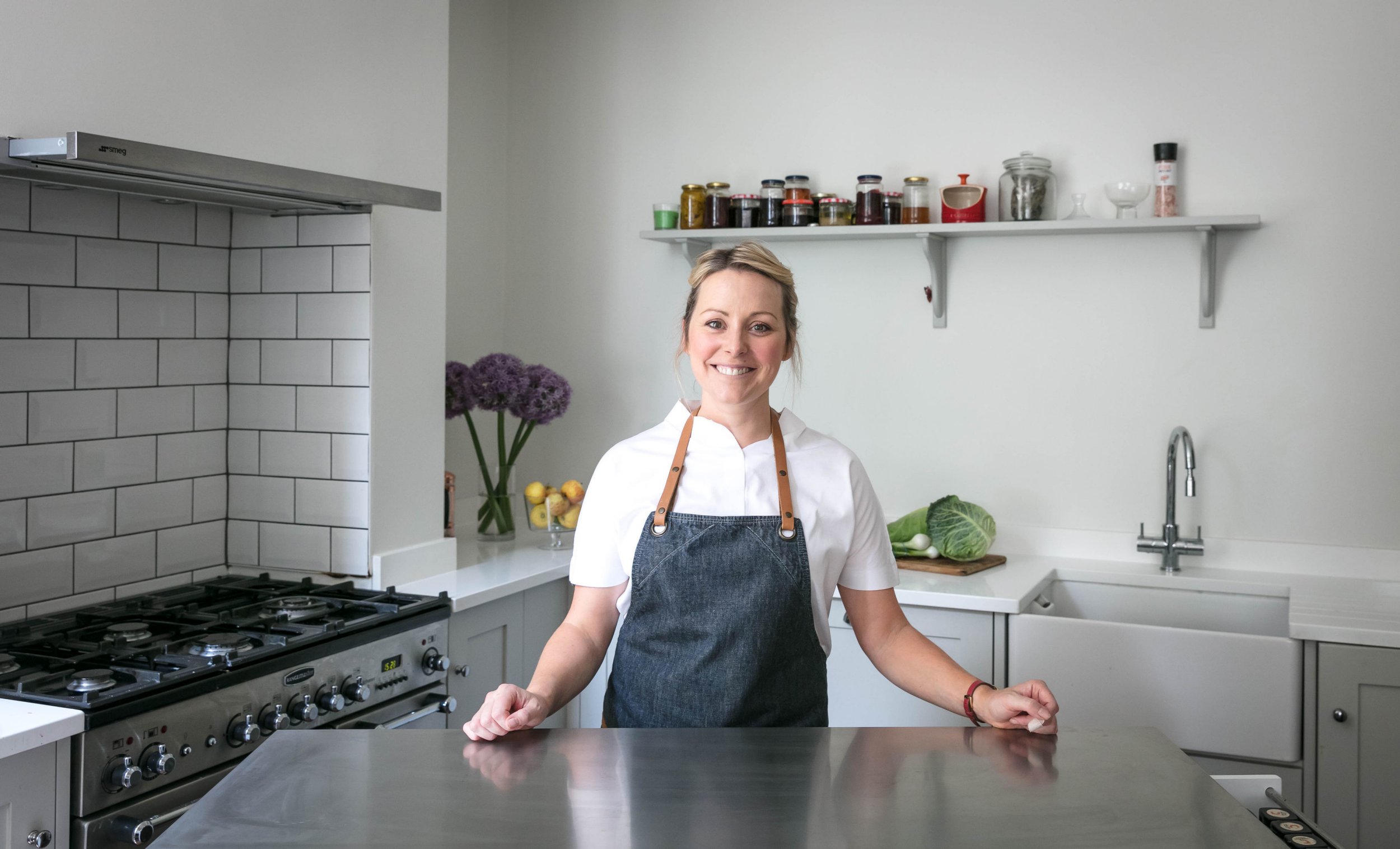 MasterChef: The Professionals returns to our screens tonight and while there will be 32 new faces competing for the title, the judging line-up has also been given a shake-up.

After judge Monica Galetti left the series earlier this year, she’s been replaced by Irish chef Anna Haugh, who will be joining Gregg Wallace and Marcus Wareing as they taste the dishes of working chefs who have signed up to the reality cooking show.

Over six gruelling weeks, these contestants from across the UK will be given the chance to show off their skills as they compete to take out the 2022 trophy.

At the same time they’ll have to impress the three judges, or possibly risk their reputations, and that of their restaurants.

When it was announced she would be joining the series, Anna said that the show ‘has an impeccable reputation and legacy within the hospitality industry’.

‘I have long-admired Monica as an incredible chef and she’s paved the way for female chefs. It’s a privilege to be keeping her seat warm in the MasterChef kitchen,’ she said.

But just who is she?

Born in Dublin and trained at TU Dublin School of Culinary Arts and Food Technology, Anna began her career with Derry Clarke of L’Ecrivain before she moved to London and went on to work with Philip Howard, Shane Osborn and Gordon Ramsay.

At the same time she’s been balancing life outside the kitchen with time on television, first appearing on The Stress Test in 2004.

She’s since appeared as a guest judge on Gordon Ramsay’s Hell’s Kitchen, as a chef on Ready Steady Cook, and she also co-presented two seasons of BBC’s Royal Recipes with Michael Buerk.

You might also recognise her from Saturday Kitchen and Snackmasters.

Anna has also been on MasterChef before, as a guest judge, mostly recently on Celebrity MasterChef last month.

Why has Monica Galetti stepped down?

After co-judging the MasterChef spin-off for over 14 years, Samoan-born New Zealand chef Monica stepped away from the show earlier this year so she could spend more time focusing on her restaurant and her family.

At the time she said that balancing long filming days with her family and restaurant commitments meant ‘something had to give’.

‘So, for the moment, my focus has to be 100% about my loved ones and rebuilding my kitchen team who have had a battering over the last few months especially,’ she said.

‘Those in the hospitality industry know just how tough it is at the moment.’

What restaurant does Anna Haugh own?

It was in 2019 that Anna founded the restaurant Myrtle in Chelsea, which was named after Myrtle Allen, the Irish Michelin star-winning head chef and co-founder of Ballymaloe House.

Who is Anna Haugh’s partner?

While Anna now has a son, Oisin, with her partner Richard Elwell, who also co-owns Myrtle, the road to parenthood wasn’t easy.

Previously sharing that although she ‘felt destined to become a mother’, it took them seven years to conceive.

It also came after Anna was once told that she fell pregnant she would ‘be asked to leave’ a job she loved.

But since opening their own business, Anna said it’s given them more time together as a family, also with his teenage son Henry.

‘Opening my restaurant, Myrtle, in London, meant I had culinary freedom,’ she said.

‘It has given me employment freedom too. This is part of the privilege of being your own boss.’

Masterchef: The Professionals starts on Wednesday on BBC One at 9pm. It will then air every Wednesday, Thursday and Friday for the next six weeks.