Home » Entertainment » ‘Why Are We Stuck?’ Stage Actors Challenge Their Union Over Safety

‘Why Are We Stuck?’ Stage Actors Challenge Their Union Over Safety

The play was announced: “Tiny Beautiful Things,” an improbably moving stage adaptation of a wildly popular advice column. Four actors were chosen: members of a company that had worked together for years. And the producer, Dallas Theater Center, had developed a 45-page plan to keep the actors safe, in part by filming and streaming their work, with no live audience.

But after weeks of back and forth, Actors’ Equity, the national labor union, introduced what the theater saw as a new wrinkle. The cast would have to take 80-minute breaks every 80 minutes to make up for what the union viewed as inadequate air filtration in the rehearsal and performance halls.

The theater’s leaders gave up. Early this month, just five days before rehearsals were to begin, they canceled the project, at least for now.

That would have been the end of that, one of scores of abandoned theater projects during this pandemic, but for one unexpected development. The cast, furious that their own union, which represents actors and stage managers, was making it impossible for them to do the show, spoke up. One of them took to social media to express his anger. And, when he did so, actors from around the country chimed in.

“The reason I spoke out is that something is deeply wrong with our union,” said the actor, Blake Hackler. “When every other industry has adapted to keep going, why are we stuck here?”

Now the 51,000-member union, which for the last year has barred almost all stage work in the United States, is in the cross hairs, under fire from some of its own members as it tries to navigate a path that keeps them safe and helps them earn a living.

Quietly simmering frustrations erupted publicly last week, when more than 2,500 union members signed a letter, circulated by a Broadway performer and signed by Tony winners and Tony nominees, plaintively asking, “When are we going to talk about the details of getting back to work?”

The union’s leadership, while proud of its performance during the pandemic, is acknowledging the concerns.

“I don’t mind people being frustrated — I’m frustrated too,” said the union’s president, Kate Shindle, an actress who, like most of her members, has been unemployed for the last year. 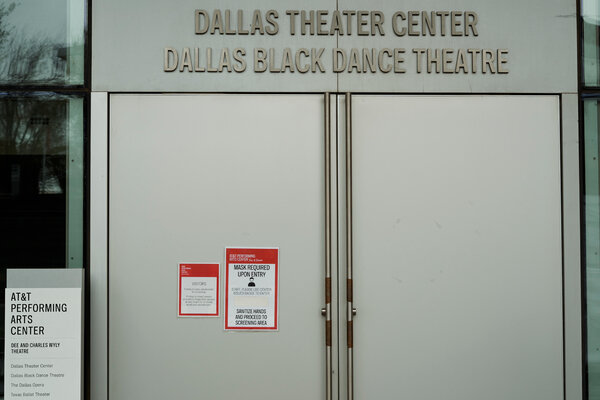 “There is no conceivable reason our union would want to keep our members from working if working is safe,” Shindle added. “At the end of the day, it’s the virus that’s the problem.”

And the virus is still obviously a problem: Just this past weekend, the Park Avenue Armory in New York was forced to postpone its first live show with a paying audience in more than a year, a new dance piece by the famed choreographer Bill T. Jones, when three members of the company tested positive for the coronavirus. And 54,000 new cases of the virus are still emerging each day in the United States.

But with film and television production underway, vaccine distribution speeding up, and gathering places from schools to restaurants to sports arenas opening, many performers and producers say the union has been too slow to adapt.

“What appeared to be a well-intentioned initiative to keep their membership safe has turned into a unilateral, nonresponsive and opaque process which has expanded its jurisdiction far beyond any reasonable bounds,” said David A. Cecsarini, the producing artistic director of Next Act Theater in Milwaukee.

Citing air conditioning system requirements that, he said, “are more stringent than those of hospitals,” he said the union “continues to move the goal posts of safety protocol, requiring more radical standards with each edition of its guidelines.”

Cecsarini is among a number of theater leaders, particularly from small and mid-sized theaters outside New York, who throughout the pandemic have had difficulty working with Equity. And, after a year in which many were afraid to voice their concerns publicly, they are now speaking up.

“From the beginning I’ve been pretty disappointed in Equity’s ability to pivot with the rest of the industry,” said Ethan Paulini, who is the producing artistic director of Weathervane Theater in Whitefield, N.H.., and the associate director of Out of the Box Theatrics in New York.

Paulini, an Equity member for 18 years, has seen the union from many vantage points. His theater in New Hampshire last summer was the first to get pandemic permission for an indoor production of a multiperformer musical, and his New York company is now streaming a production of “The Last Five Years.”

Pulling any of it off has been a struggle, he said. For example, his New York production was only approved the day after rehearsals were to begin. He also objected to the union’s prohibition against the use of public transportation by actors, which, he said, was not realistic in New York.

“Equity was just so slow,” he said, “and even at times very obstructionist.”

David Ellenstein, the artistic director of North Coast Repertory Theater in Solana Beach, Calif., said that his theater had made streaming work during the pandemic under contracts first with SAG-AFTRA, the television and film actors’ union, and then with Equity. When Equity assumed jurisdiction, “the demands were above and beyond what SAG-AFTRA asked us to do,” he said.

Ellenstein, who has been an Equity member for four decades, said he is hopeful that relations may be improving, but that some of the union’s safety requirements are “over the top.” Like what? “Having to have special air purifiers in apartments where actors are staying by themselves,” he said, “and the implication that people working with the theater should not associate with anyone else while they’re working on the play. I don’t know of any other business doing that.”

Actors have become unusually wiling to speak up, worried that their union is lagging.

Davon Williams, an actor in New York, said the union is facing an “uprising” in part because its efforts stand in contrast to what’s happened with other entertainment industry unions. “People are antsy,” he said. “When you look to your left and your right at our sister unions, these people are working.”

The union points out that television and film studios generally have more money than theater companies, which allows them to afford a higher level of testing and other safety provisions. And, they say, television and film productions are often more contained than stage productions — there is no live audience present, for one thing.

The union said in a recent Medium post that over the course of the pandemic it has permitted more than 120 live shows — although it appears that only 22 theaters have been allowed to present these shows to live audiences; the union also says it has approved agreements for digital productions that have been used 700 times.

Among them: the Alliance in Atlanta, which staged an outdoor production of “A Christmas Carol” with actors performing in individual shipping containers.

“I am well aware that my colleagues and our colleague theaters are having real challenges,” said the Alliance’s artistic director, Susan V. Booth. “I also know that we were able to put a show up, and because of the rigor that the union and we provided, we were able to do so safely.”

Elsewhere, actors say they are worried that the difficulty with negotiations could endanger theaters, especially outside New York.

“I know for sure theaters are putting proposals out there and not getting responses,” said Kurt Boehm, an actor in Washington. “To me our producers and our theaters are not our enemies, they’re our friends, and if they don’t survive there’s no union to be had.”

Several actors said that, by refusing to OK theater productions with detailed safety protocols, the union is forcing them to take jobs that are even more dangerous. Boehm is working as a salesman at a Williams-Sonoma store; Kristine Reese, an actress who moved from New York to Atlanta during the pandemic, is teaching.

“They say they don’t want anyone to get sick doing a musical, but because I can’t do a very high-protocol musical, I have to do another job, and those jobs are way riskier than doing a show would be,” Reese said.

The union has agreed to schedule a national town hall in response to the recent upset; the petition-signers, led by Timothy Hughes of “Hadestown,” are asking that they be allowed to moderate the virtual conversation.

In a joint interview, Shindle, the union president, and Mary McColl, the executive director, said they would strive to be clearer about what the union is doing. But they also said that until actors and stage managers are vaccinated, vigilance is warranted.

“The vaccine is the thing that is going to get us back on our feet,” McColl said, “and back on the stage.”

At Dallas Theater Center, where “Tiny Beautiful Things” fell apart, the two sides don’t even agree on what went wrong; the actors say the union refused to approve the show, while the union says the theater withdrew its request for approval. (Kevin Moriarty, the theater’s artistic director, declined to comment.)

Unlike most stage performers, the Dallas actors still receive a salary as members of a company. But the cancellation still stings.

“This whole experience has been frustrating and disappointing,” said Tiffany Solano, who was slated to be in the cast.

Now the venue is offering patrons a 40-minute outdoor walk inspired by fairy tales. It was devised by the acting company but features no live performers.