Alex and Paula’s tricky mother/daughter dynamic may not be the central focus of the plot, but its emotional complexity adds to Maid’s overall message.

Warning: this article contains spoilers for Netflix’s Maid, so look away if you’re not fully caught up.

While Netflix’s Maid may not have attracted quite the same attention as Squid Game, it’s certainly made a name for itself since it landed on the platform earlier this month.

The 10-part drama, which tells the story of a young mother called Alex (Margaret Qualley) who turns to cleaning to make ends meet after leaving her abusive partner, has not only made its way to the number two spot on the UK’s Netflix chart, but it’s also attracted the attention of filmmaker Ava DuVernay, who tweeted last week that she was “parceling out the episodes” to make the series last longer.

Netflix in October 2021: the best new films and TV shows streaming this autumn

However, while the majority of the commentary surrounding the show (which is based on Stephanie Land’s memoir Maid: Hard Work, Low Pay And A Mother’s Will To Survive) has (rightly) focused on its portrayal of Alex’s emotional abuse and fight for financial independence from her ex, there’s one important aspect of the show which hasn’t received as much attention – the tricky dynamic between Alex and her mother, Paula (Andie MacDowell).

While Qualley and McDowell’s real-life mother-daughter relationship adds gravity to this aspect of the storyline, it’s the rollercoaster ride of ups and downs that Alex and Paula go on throughout the show’s 10 episodes that really adds to their dynamic and makes it such an important and meaningful part of the story.

Paula is willing to be a grandmother to Maddy, but lets down her daughter in other ways.

From episode one, the viewer wills Paula to be a mother figure to Alex, despite how clear it’s made that she’s failed to step up in the past. And in some ways, she does fulfil this role – she’s willing to look after and be a grandmother to Maddy (Rylea Nevaeh Whittet), she helps Alex to move furniture into her apartment when she secures accommodation for the first time, and she allows the pair to sleep in her RV when they become homeless.

But despite this, Paula also repeatedly disappoints her daughter – usually in the moments when her support would make the biggest difference. Not only does she continuously fail to acknowledge the reason why Alex has left her ex in the first place, but when Alex asks her to fill in a character witness form to testify that she’s a good mother to Maddy, her mum lets her down – a move which leads Alex in the lurch when she goes to court with Sean (Nick Robinson) the next day.

And while Paula later ‘makes up’ for this by painting a colourful mural in Maddy’s bedroom, it’s a reminder of the kind of disappointment which Alex has to deal with when it comes to her mum.

However, even after all of this disappointment, the show’s portrayal of Paula’s humanity is enough to maintain the viewer’s belief in her character. While it would be easy for Maid to cast aside Paula as another unhelpful figure in Alex’s life and view her solely as an enemy to her daughter’s progress, the show also gives us space to appreciate the difficulties Paula has faced throughout her life, from her own experiences with domestic abuse to her undiagnosed bipolar disorder.

Indeed, throughout Maid, Alex and Paula’s relationship is never one demarcated by clear moral lines. Alex’s continued belief that her mother will come through for her when it counts never feels frustrating because the viewer is given that sense of hope, too – a fact which hammers home the emotional complexity of their situation.

No matter how much we hope that Paula will step up, however, things don’t quite come together in the end. While she gives in to Alex’s requests to get her arm checked out when she fails to turn up to an important doctor’s appointment, and even goes as far as to tell Alex and Maddy that she’ll be starting a new life with them in Montana, she pulls out at the last minute – instead choosing to stay behind with her new partner, Micah. 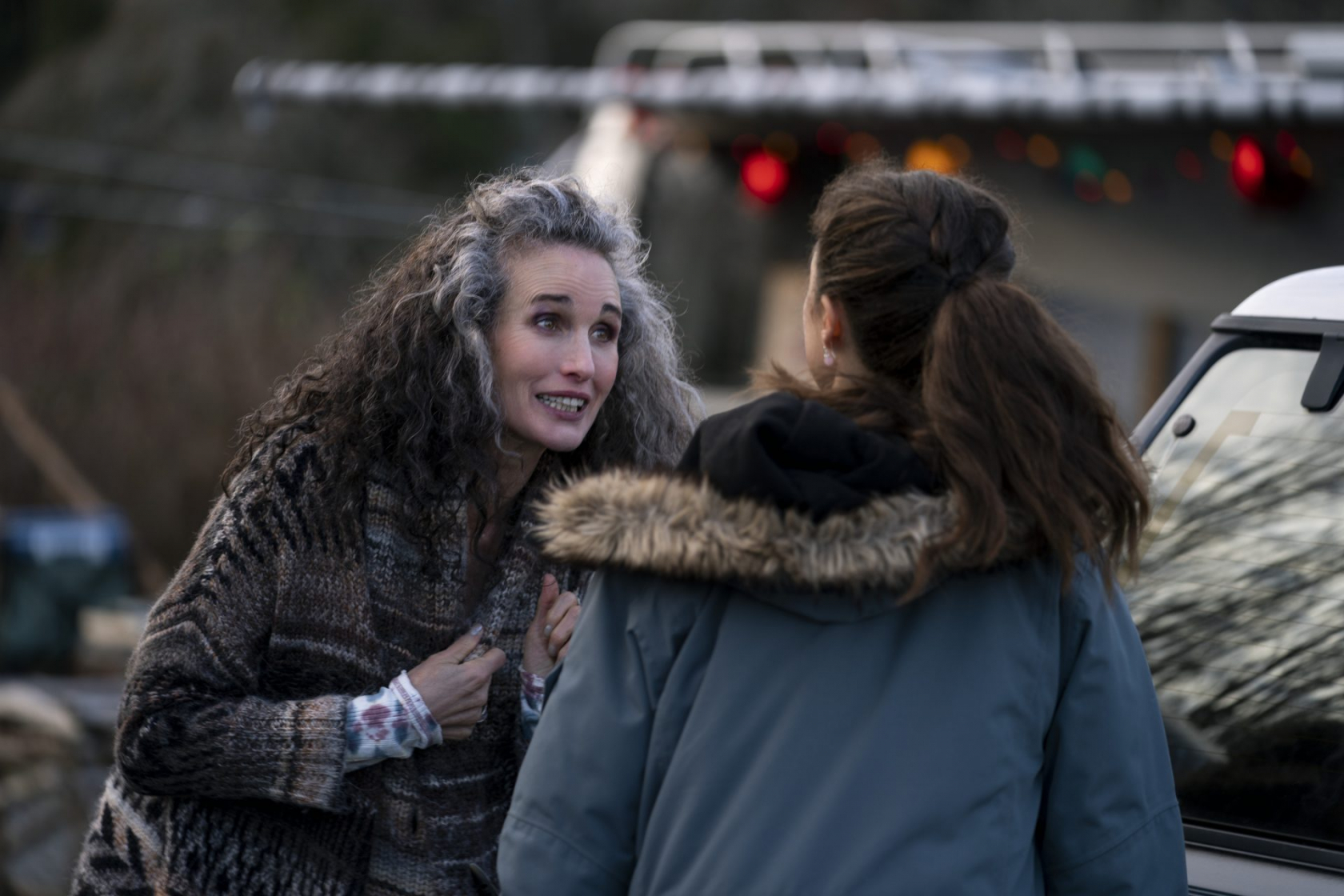 Paula’s struggles are made clear throughout the series.

For a show that otherwise ends on a hopeful note, Paula’s absence in those closing moments is a reminder that familial relationships are often some of the trickiest to navigate. Indeed, while Alex is clearly worried about leaving her mother behind to fend for herself, as the viewer, we can’t help but feel like she’s better off for the independence Paula’s choice allows her.

It’s a conclusion to Alex and Paula’s storyline which stays with you long after the credits roll – and sums up just how raw, honest and brilliant Maid really is.

Maid is currently streaming on Netflix