Oops? Scarlett Johansson was honored with a Generation Award at the 2021 MTV Movie and TV Awards on Sunday, May 16 — but it was her husband Colin Jost‘s slime-filled prank that really made it a night to remember.

See What the Stars Wore at the MTV Movie & TV Awards

As Johansson, 36, was ending her acceptance speech Jost, 38, appeared with a bowl of slime for the occasion. 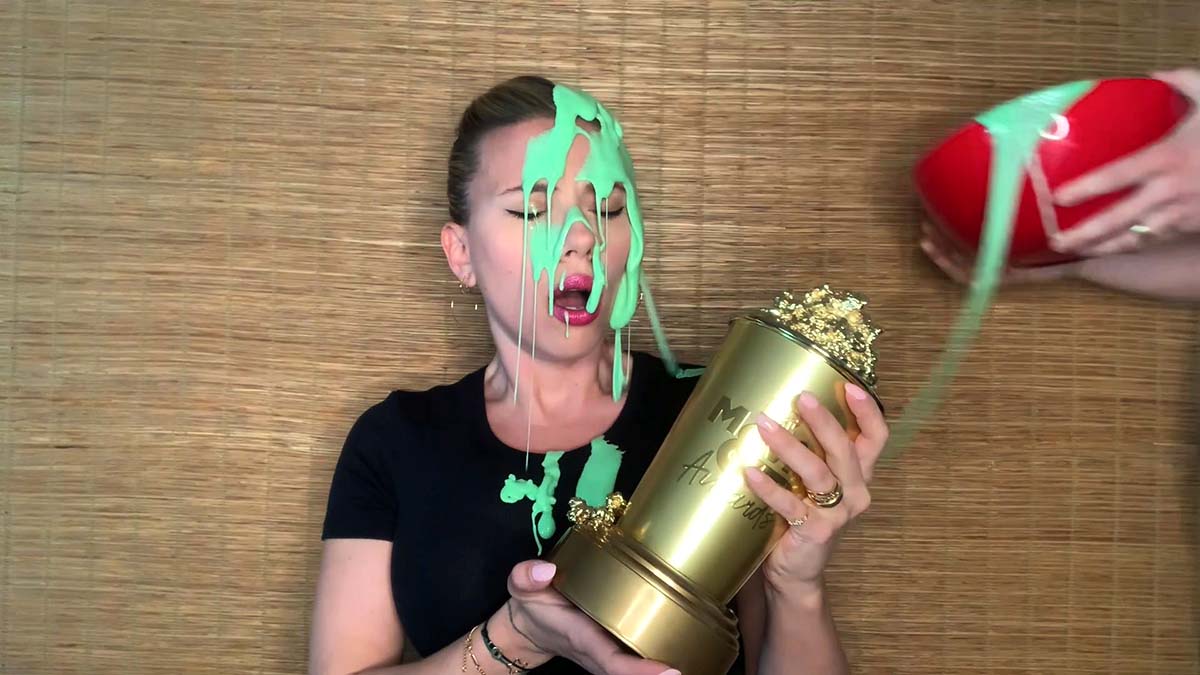 “What the f–k?” the Marvel star asked her husband after he poured the slime all over her head.

“MTV! You got slimed!” the comedian responded before being reminded that the slime honor belonged to Nickelodeon.

The couple were first linked in May 2017 after meeting on the set of Saturday Night Live. Johansson’s publicist confirmed their engagement to The Associated Press two years later and they married in October 2020.

While Johansson may not have ended her speech how she planned, she was still able to share her thoughts on being honored for her many iconic projects over the years. 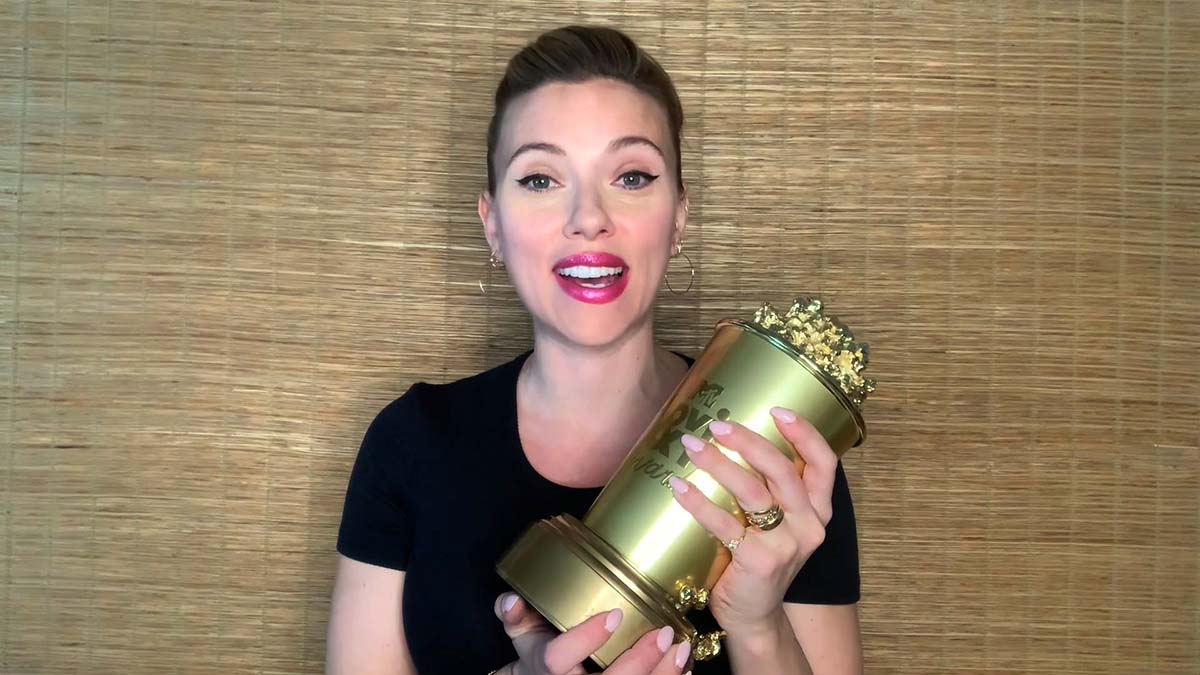 “Thank you so much for this honor! Watching that reel reminds me of all the incredibly inspiring collaborators that I have been fortunate enough to work with for over three decades,” she started off her speech virtually. “I never would have been able to continue to evolve as an actor for the last 30 years without the support and dedication of so many cast and crew members that made up the nomadic traveling circus family that are movie sets.”

She continued: “The dedication and hard work of so many people that go into making movies continue to inspire me as a performer, so this award really belongs to many hundreds of creative people all over the world.”
The Black Widow ended her speech by thanking her fans, saying, “Thank you so much to my fans for riding the fans with me and for supporting my career so I can continue to have the good fortune to pursue the job that is my passion. I realize what an absolute gift it is to have the opportunity to do what I love and I couldn’t do it without your continued support. This award is made possible by all of you in fact and it’s because of that that it’s so meaningful to me.” 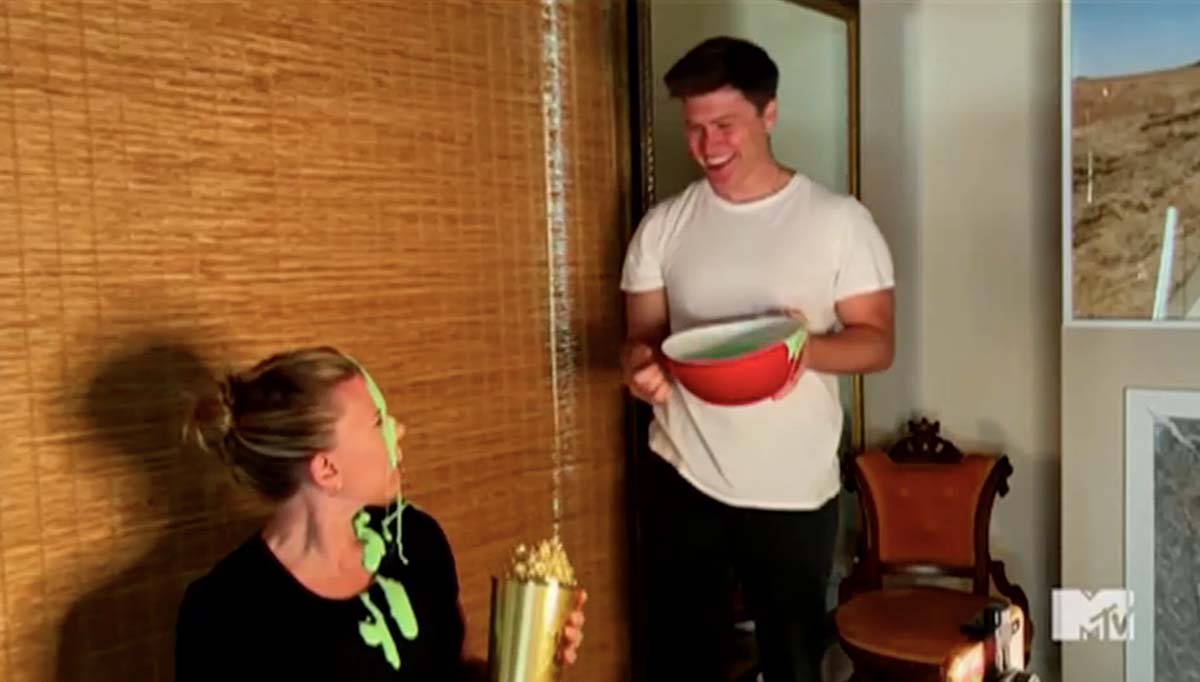 The Generation Award “celebrates actors whose diverse contributions to both film and television have turned them into household names,” according to a press release.

The actress accepting the award comes after she recently joined voices such as Mark Ruffalo, Tom Cruise and more in calling out the Hollywood Foreign Press Association for their lack of diversity and inclusion.

“As an actor promoting a film, one is expected to participate in awards season by attending press conferences as well as awards shows. In the past, this has often meant facing sexist questions and remarks by certain HFPA members that bordered on sexual harassment,” Johansson said in her statement on May 8. “It is the exact reason why I, for many years, refused to participate in their conferences.

She continued, “The HFPA is an organization that was legitimized by the likes of Harvey Weinstein to amass momentum for Academy recognition, and the industry followed suit. Unless there is necessary fundamental reform within the organization, I believe it is time that we take a step back from the HFPA and focus on the importance and strength of unity within our unions and the industry as a whole.”