Feeling furry guilty! Hilarious moment Bernese Mountain Dog is rumbled after chewing the angel from the top of the Christmas tree

If you’ve ever committed a festive faux pas such as burning the turkey or breaking a precious bauble, then this dog has the lesson in abject denial you need.

In a hilarious viral video, Irish TikTok user Joey Doheny has revealed how his Bernese Mountain Dog named Brodie reacated when confronted for chewing the fairy from the top of the Christmas tree.

The angel, which was found on on the floor with its skirts in a tangle, was lying next to Brodie when it was discovered.

But Brodie refused to be reprimanded and quickly looked guiltily away from the camera and wouldn’t make eye contact when his owner tried to show him the tattered object.

Joey shared a video to TikTok of his pet’s guilty face that quickly gained over 4,000 likes. 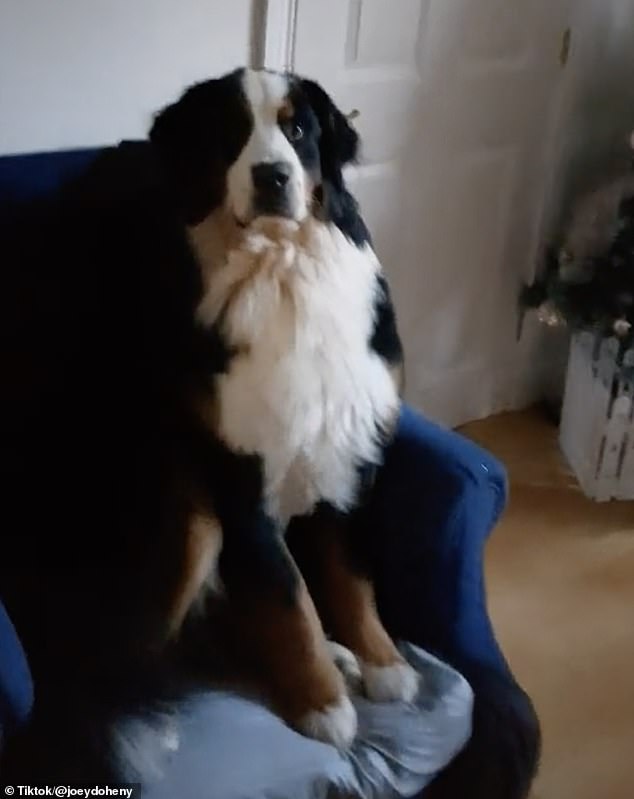 Brodie, the dog from Ireland was excited to see his owner walk in the room just moments before being found out 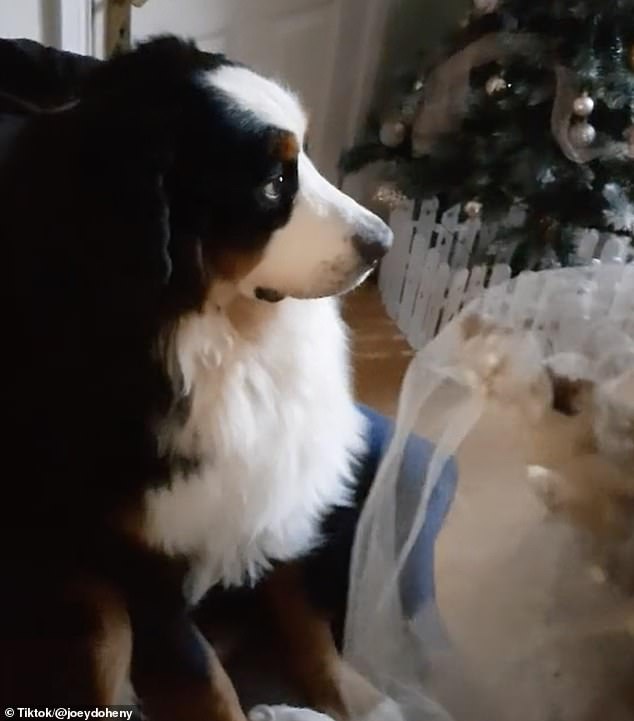 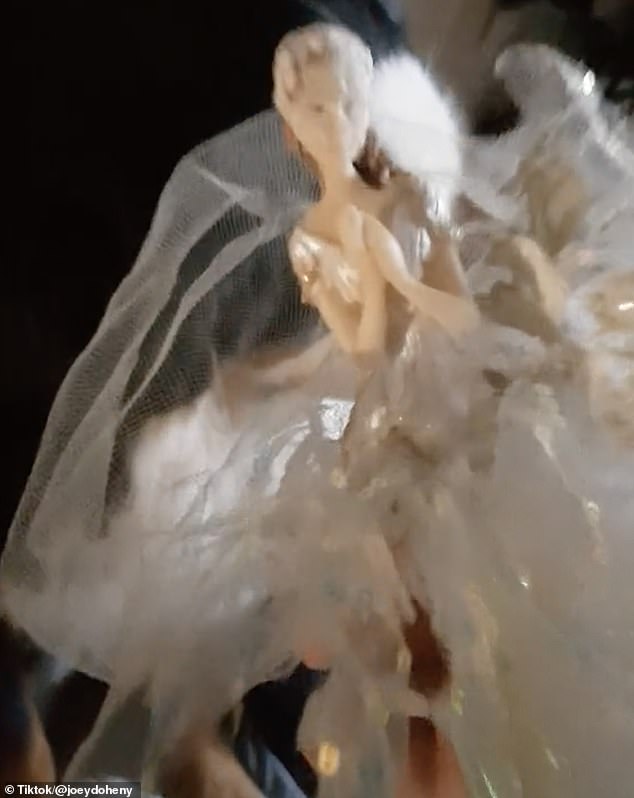 In the video, Joey can be seen heading over to a happy and excited Brodie before spotting the roughed-up angel on the floor.

After picking it up and bringing the decoration towards Brodie, the dog took a quick peek, before turning his head away in shame.

While Joey confronted Brodie for his part in the doll disaster, he exclaimed: ‘Brodie! The little angel on the tree, oh my god I can’t believe you did that.’

Commenters were quick to come to the dogs defence. 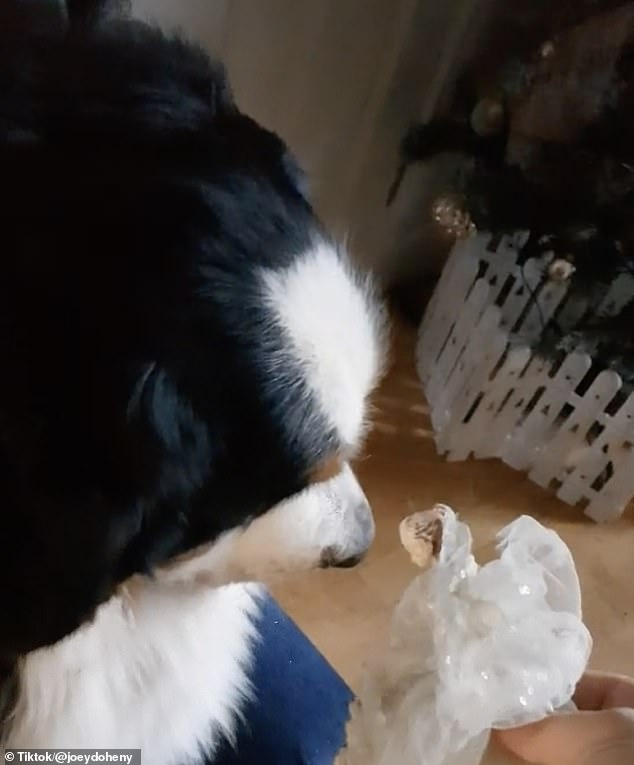 One person said, ‘As the dog’s lawyer, we can neither confirm nor deny the events leading up to the decapitation of the angel. My client has no comment.’

Another said: ‘If there’s no eye contact it didn’t happen.’

A third person wrote, ‘Dogs never stop amazing me how do they know to look away from their damage.’