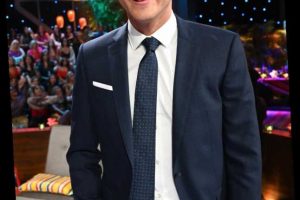 Apparently Pilot Pete really is going to be flying blind into his Bachelor finale. As ABC’s head of reality TV programming Rob Mills revealed to Variety, how Peter Weber’s Bachelor season ends remains a mystery, even now. "I think there is probably one of two things that potentially can happen," he explained to the trade publication in an interview published on Saturday, March 7. "I know the possibilities, but I don’t know the outcome. . . . "Nobody knows — not even Peter."

Bachelor Nation has been feverishly speculating if Peter will ultimately choose Madison or Hannah Ann, but according to one popular fan theory, the answer is neither. Rumors that Peter end ups with Bachelor producer Julie LaPlaca began after viewers noticed the pair spending time together. LaPlaca reportedly spent New Year’s Eve with Peter and his family, and has appeared close with him in several photos, according to Entertainment Tonight. Although Mills told Variety he "can’t really comment" on the rumor, he also isn’t ruling anything out.

"He is very, very close to her. She’s the producer who is sort of his day-to-day producer, so she’s there with him, and she knows Peter very well and knows his family very well," Miller explained to Variety of ABC’s current Bachelor and LaPlaca. "They’re all very fond of her. That is all I will say."

Either way, Mills added that Peter’s final outcome remains "pretty unresolved" and fans will have to watch the two-part Bachelor finale (airing March 9 and 10) to find out what happens: "A lot of stuff went down since November when we finished filming, and even now, still up to the minute, it will be live on the show. Honestly."

For his part, Peter didn’t exactly deny the rumors while speaking to ET at the ABC’s Women Tell All taping in February. "[There are] so many theories out there right now. It’s kind of crazy to hear," he said, before revealing he still has no idea how his "unique" season ends. "We’ll see."

Bachelor host Chris Harrison also gave an open-ended answer when ET asked if Peter could be dating LaPlaca. "Julie is an amazing, talented producer. Far be it for me to ruin anything towards the end of the season. But… seems much ado about nothing to me," he said. "Unless I just don’t know, which is possible. . . . I think it’s a wild story. But maybe it’s just crazy enough to be true!"

Indeed, this remains just one of several possible outcomes for Peter. Whether or not a producer, one of his final two woman, or even someone else entirely, is who Peter’s mom implores him to bring home, fans will have to tune in to the finale to find out. As Mills indicated, just about anything could happen at this point.