At first glance, Adnan Syed’s release this week after 23 years in a US jail for the murder of his high-school girlfriend reflects the power of the true-crime podcast.

The crime for which Syed was convicted in 2000 was documented in the podcast Serial, one of the first of its kind to gain international attention. Doubt was cast over his guilt by several people interviewed in the series, as well as by some of the evidence used against him, including mobile phone tower location references. 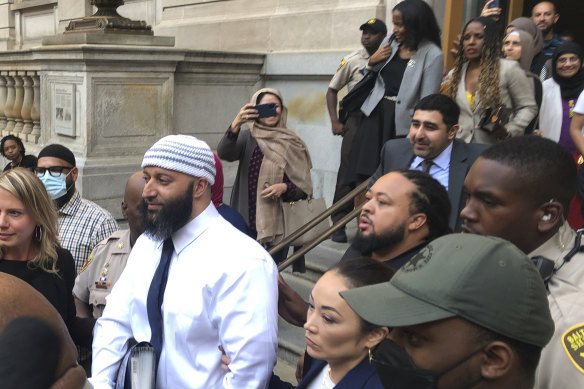 Adnan Syed, centre, leaves the courthouse on Monday, in Baltimore.Credit:AP

Produced by journalist Sarah Koenig, it clocked up 350 million-plus downloads and led the way for an entire industry of podcasts, many of which examine cold cases and seek justice for the families of victims. But even Koenig herself – who won a Peabody Award for her work – acknowledges Serial was not responsible for this week’s outcome.

“[The day of Syed’s release] there was a lot of talk about fairness, but most of what the state put in that motion to vacate, all the actual evidence, was either known or knowable to cops and prosecutors back in 1999,” she said in a new episode of the podcast.

Jarryd Bartle, a former criminal defence lawyer and current associate lecturer at RMIT, says the question of whether true-crime coverage can lead to justice outcomes is complicated. He and his colleagues have examined a variety of true-crime entertainment to assess their impact, including podcasts and documentaries. “When you look at what’s out there compared to what has translated to an actual justice outcome, there have actually been very few cases that have had that kind of impact,” he says.

“We do ourselves a disservice by just thinking all you need to get a good outcome is a whole bunch of publicity.”

In Syed’s case, Bartle says two major shifts led to his release: a piece of legislation called The Juvenile Restitution Act, which allowed the prosecutors to review the case, and a particular public prosecutor who made the petition to vacate his sentence. A decision by state prosecutors about whether to retry the 41-year-old, who has always maintained his innocence, must be made within the next 30 days.

Bartle says public attention can be helpful and unearth new evidence for a case but it’s the people working behind the scenes – for example those working on innocence projects, as he does, or the lawyers or independent investigators – who ultimately make a difference.

Closer to home, the success of the Hedley Thomas podcast The Teacher’s Pet seemed to again underline the power of such storytelling. The 17-episode podcast about the disappearance of Lynette Dawson from her home in 1982 reportedly unearthed new evidence, which many assumed ultimately resulted in her husband, former rugby league player Chris Dawson, being found guilty of her murder last month. Interrogation of the series’ actual value tells another story: the truth is that police already had all the evidence, according to Professor Jeremy Gans from Melbourne University. 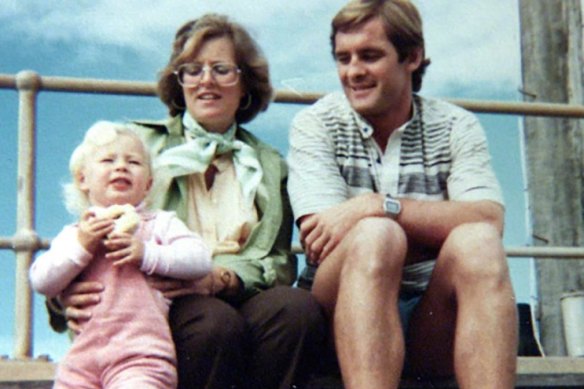 He argues that the podcast provided no new or admissible information regarding the murder, but did provide a narrative of “unwavering certainty that a single theory about an unsolved disappearance is the absolute truth”. As a result, it placed strong public pressure on prosecutors to review the case.

Another of Thomas’s podcasts, Shandee’s Story, seems likely to have a significant impact – not in solving the case of Shandee Blackburn’s murder – but in improving police processes. Blackburn, 23, was murdered as she walked home from work in Mackay, Queensland, in 2013. In the podcast, forensic scientist Dr Kirsty Wright expressed grave concerns over the testing of DNA in Blackburn’s case, and in hundreds of others.

As a result, the premier of Queensland announced a far-reaching public inquiry to be held to get to the truth of what had occurred in the DNA laboratory. The inquiry became unavoidable after police went public with alarming details about what they were discovering in the lab’s handling of evidence and DNA in hundreds of sexual assault cases, triggering a review of rapes going back four years. A final report is expected in December.

Cases overlooked because the victims are from marginalised communities can benefit from the spotlight provided by podcasts – or indeed any media coverage. The series Bowraville, produced by The Australian and tracing the unsolved murder of three Aboriginal teens in NSW in 1991, and this masthead’s Bondi Badlands, led by Greg Callahan, which examined the murders of gay men at Bondi Beach in the 1980s and ’90s, fit into this category. The activism of family members, plus significant work by police, private investigators and reporting on these cases were critical factors as well. 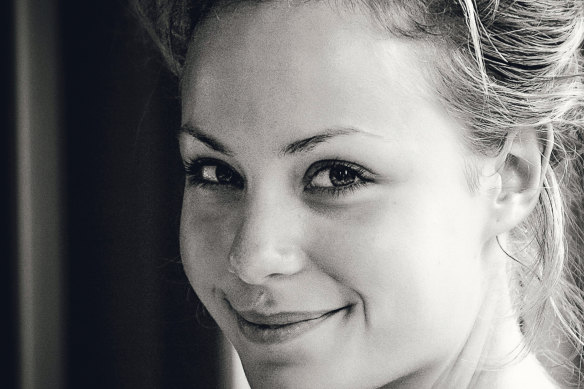 The ABC’s Trace podcast, by journalist Rachael Brown, revisited the murder of Thornbury mother Maria James in 1980. It did result in the Coroner reopening the case earlier this year but the same decision was handed down as in the original in 1982, an open finding with no conclusion about who stabbed the 38-year-old. A local priest, the late Anthony Bongiorno, remains under investigation; it was said he had motive and opportunity and was seen covered in blood on the day of the murder.

Similarly, this masthead’s podcast Phoebe’s Fall, led by Richard Baker, told the story of Phoebe Handsjuk, who was found dead at the bottom of a garbage chute 12 floors down from her St Kilda Road apartment building in 2010, led to a review of the Coroners Act in 2016. The Handsjuk family wanted to challenge the coroner’s finding of accidental death – they wanted an open finding – but legislative changes to the act in 2008 made it almost impossible for ordinary people to do so. The review was the catalyst to the Victorian government broadening the scope for appeals against coroner’s findings.

One true-crime TV series that had a significant impact is the HBO documentary trilogy that started with Paradise Lost: The Child Murders at Robin Hood Hills, released in early 1990s. It covered the West Memphis Three, three teenagers convicted of murder who were eventually released. They used what’s known as an Alford plea, which Bartle describes as “a weird feature of legal system” under which they could maintain their innocence but say prosecutors had enough information to convict them. Even though acquitted, they could not seek costs for their unlawful 18-year imprisonment. 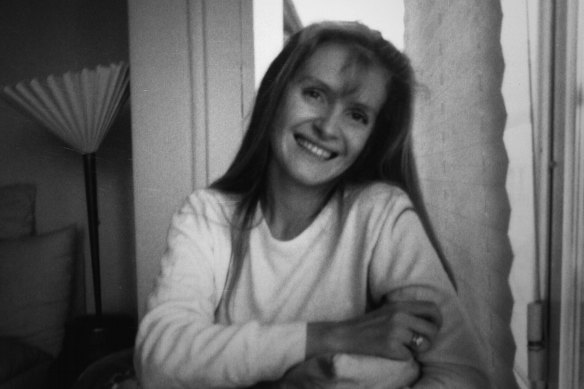 The 1996 murder of French film producer Sophie Toscan du Plantier is the subject of the podcast West Cork.Credit:Netflix

Further afield, the podcast West Cork tells the story of the murder of French filmmaker Sophie Toscan du Plantier, who was found dead near her holiday home in Ireland. Made by a journalist and a documentary maker, it covered the investigation and revealed a series of mishaps by the Garda, the Irish police, and led to a trial in absentia of the main suspect, Ian Bailey, in France in 2019, where he was convicted and sentenced to 25 years in jail. Attempts to extradite him have failed thus far, so he remains a free man living in Ireland. Netflix has also made a documentary about the case called Sophie: A Murder in West Cork.

According to Bartle, there are only very limited means available to people who have been wrongfully convicted to clear their name in the US and in Australia. While you can gather a compelling narrative of innocence, if the legal mechanisms are not in place then little can be done, he says. It’s why he is involved with the Bridge of Hope innocence initiative, an advocacy group for people who have been wrongfully convicted.

True-crime is a broad genre, Bartle says, that can involve award-winning journalists presenting well-researched stories, or just a bunch of friends in their lounge rooms not considering defamation or future repercussions for a trial. As a whole, it may have its merits in raising public awareness but that in itself is never enough to change history.