Home » After my wedding was cancelled, I longed for a proposal to prove my self worth

After my wedding was cancelled, I longed for a proposal to prove my self worth 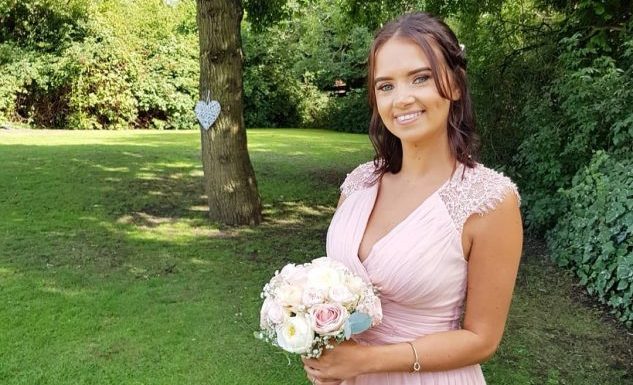 At the beginning of August 2011, a month before our September wedding date, my then-fiancé sat on the edge of the bed and brutally announced: ‘I don’t love you and I don’t want to marry you’.

I was silenced with disbelief. Vomit rose up in my throat and I swallowed loudly. We moved into the lounge and exchanged words in between pauses but what was said is a blur. I was shocked. Maybe things hadn’t been perfect – he’d been out a lot that week and he sounded like he was having doubts the evening before – but he had reassured me that he still wanted to get married.

While he slept on the sofa, I lay in bed wide awake, replaying his words in my head. I wondered, was this really happening? Or was it just a terrifying nightmare that I’d wake up from, weeks away from what would be the happiest day of our lives?

That gut-wrenching pain of rejection was something I’d never felt before. I had a vision of what my future would be like. I could picture how I would look walking down the aisle, my new husband declaring his love for me in front of everyone we loved; our honeymoon; the white-picket-fence and eventually children.

He’d proposed a year before, a week after Valentine’s day at a hotel I’d wished to stay in. He didn’t get down on one knee but I couldn’t have been happier. I’d always wanted to get married: it meant out of every other girl he picked me.

This validation came after a single life consisting of flings with men who only wished to keep me a secret. It had made me feel worthy.

But then the rug was swept from under my feet.

I fell into an intolerable heartbreak. My tummy felt full with anxious stress. I couldn’t eat – my weight dropped to a worrying number. My head spun. Each day I sobbed an unrecognisable sound and wondered when the tears would stop. I took sleeping pills to try and get some rest, with no success.

I made desperate attempts to contact him, just to hear the comfort of his voice, it was all I’d known for four years. I found excuses to text him. His replies would be brief and blunt. I retraced his steps home from work in case the sight of me reminded him of the love he felt, and convinced him to change his mind.

After our break up, we’d meet up monthly. The second month, we laughed and hung out for longer than needed. He’d tell me he missed me. Then, he’d say he believed we were better off apart. And after three months of a confusing rollercoaster, we got back together. I believed it was the only thing that’d stop the hurt.

But I was wrong.

Nothing was ever the same again. We only spoke about what happened once. Then, it was as though he locked it away. But I couldn’t forget. I couldn’t understand how, if he loved me as much as he said he did, he could have hurt me so badly.

We had been back together for almost three years but things never felt right. In 2014, my sister let slip that he was going to ask me to marry him again. By this point, I knew I didn’t want that. I yearned for something that we didn’t have any more – it was already broken. We finally split.

The failure of this relationship was something I would go on to base my entire worth on, as a slew of more heartbreak followed. From 2014 to 2018, I fell for two different boyfriends. Both proclaimed they’d marry me when we were knee-deep in the honeymoon period, only to end the relationship 18 months later and settle down with their next partner. All I wanted was to find someone to marry and build a life with.

Each time, I’d end up in a heap on the floor feeling like I’d been stabbed in the heart, waiting to be saved by my ex-partner. I believed that I was only good enough to be someone’s girlfriend and blamed myself for the relationship’s downfall, no matter what had happened.

I was a sucker for romance, believing every word uttered of the happy ever after those fairytale books promised me as a child. I was so fixated on this that it didn’t matter if they were the right man for me or not. No marriage simply meant I wasn’t enough.

Over the years, I saw friends and family members get married and have children. I struggled not to compare their life to mine. I constantly questioned why I couldn’t seem to make a relationship last.

Then, after a break-up in 2018, I didn’t have the strength to go through more heartbreak. I decided to spend the next year by myself, figuring out my part in each relationship’s demise. I realised that, in each of my previous relationships, somewhere down the line – after the initial honeymoon period – I’d lose sight of who I was as an individual, only noticing too late.

In every relationship, my insecurities would hijack my brain and cause phrases like, ‘I’m not good enough’ and ‘he’s going to leave me’ to swirl around in my head. My doubts would leave me analysing every single text message, call, tone of voice or action of theirs. It felt as equally exhausting as it did terrifying, and I dealt with it alone.

Day by day, during this period of being alone, I got to know myself again and I liked who this ambitious, sensitive, kind-hearted person was. I was my own saviour, and I’ve never forgotten this since.

In 2019, I turned to online dating and was caught in a beautiful whirlwind romance. By the time of our first year anniversary, we were living in our own house with our newborn baby. I couldn’t fathom my new reality after years of heartbreak. But this time, I wasn’t afraid of not spending time with my partner – by reading a book in the evening, having a soak in the bath, going to the gym, going out on the weekend by myself – like I had been before.

This time, I held onto my independence and it felt refreshing.

A decade after my wedding was called off, I’m still not married and that’s OK. I now realise that I longed for a proposal for all the wrong reasons. A woman doesn’t need marriage, or anyone, to prove she’s worthy.

In August 2021, I attended my first wedding with my boyfriend post-Covid and felt swept up in the fairytale. I do still believe that marrying someone, choosing that one person to spend your life with, is the most romantic thing in the world.

But now, I realise that whether I or my daughter – when her time comes – end up with a ring on our finger or not, we’re enough just the way we are.