ALEXANDRA SHULMAN: I know the efforts Royal aides made to make Meghan feel welcome. She just didn’t want their kind of help

Before the Duke and Duchess of Sussex married, a professional creative, well used to the intricacies and diplomacy involved in working with Royal households, was interviewed for a role by Meghan.

A mutual friend ran into the candidate immediately after the interview and asked excitedly how the experience had been.

The reply did not sound encouraging. ‘Well. Let’s just say it was like The Devil Wears Prada. And I was not Meryl Streep.’

Judging by the bullying allegations that have now emerged in a leaked email from the Royal couple’s then communications secretary, Jason Knauf, this was not an uncommon reaction. 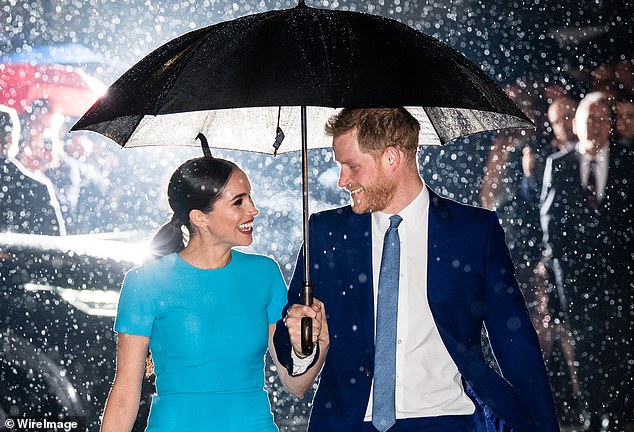 It turns out that Meghan did not want guidance or support, or certainly not of the kind she was getting. No, as we later learnt in her interview with Tom Bradby on the South Africa tour, she wanted to be asked how she felt

I have met Knauf many times and I have to say that he must have felt pretty hard-pushed to do something that could undermine any of his bosses.

With her beautiful son Archie, current pregnancy, dashing Prince, stonking commercial deals, Montecito mansion and now her global fame, you would think that the Duchess of Sussex might feel… job done.

What more could she possibly wish for? But as we will be hearing on her Oprah interview (and how I wish I was strong-willed enough not to watch it), that is very far from how she feels.

She is aggrieved. She is a woman much misunderstood. She was, until she was able to flee to Santa Barbara, a voiceless victim like so many of the abused women she constantly tells us she supports.

And who were these tormentors? Well, first up are, apparently, the British media, whom her husband has long also disliked. But a close second are those Royal courtiers and aides who peopled the world she was expected to operate in when she arrived to live here.

One of the striking things about Kensington Palace – the centre of ops for both the Cambridges and Harry when Meghan Markle moved in – is how very old-fashioned it is; think brick-walled cloisters, Jammie Dodgers and hunting prints, strangely muted and dim. 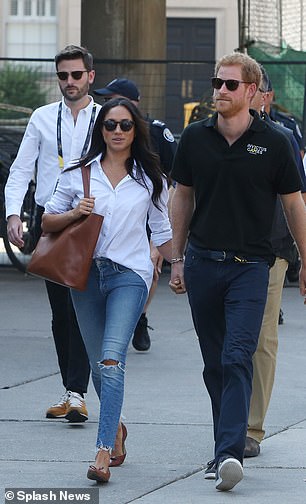 She is aggrieved. She is a woman much misunderstood. She was, until she was able to flee to Santa Barbara, a voiceless victim like so many of the abused women she constantly tells us she supports. Meghan is pictured above with Harry while the aide whose email exposed bullying claims is seen left

KP, as everyone calls it, is actually a labyrinth of small rooms and neatly proportioned apartments with battalions of young staff steering visitors around the corridors to their final destination.

Like many palaces, it is literally inward-looking with not much of a view and a little bit claustrophobic. As a confirmed California girl, Meghan no doubt found it so. And probably a bit depressing.

The staff who work at KP, like those at Clarence House and Buckingham Palace, are a hugely industrious bunch, happy to put in incredibly long hours for comparatively low salaries because they enjoy the status of working for the Royal Family. And they care. They care a great deal about protecting the Royals in every way, from organising the details of daily life to their image and security.

I remember meeting Knauf for the first time. He was a good-looking young American (a direct contemporary of Harry) wearing a formal grey suit and the requisite palace lanyard, and I found him quite daunting.

He didn’t seem big on small talk or even the smallest joke, and clearly took the view that this meeting was mine to lose. He was the one in control. As I got to know him better, I discovered he has a great sense of humour but, even off-duty, he was implacably loyal to his bosses.

The idea that he, or anyone working alongside him, would have had any interest in not supporting the incoming Meghan Markle as she tried to navigate this new world is simply not credible.

In truth, the opposite is true. Even before Meghan arrived, I know for a fact that the KP team were busy rallying a group of interesting and influential people who might be helpful and friendly to her in a new country.

They had learnt from the sad story of Princess Diana that letting a newcomer flounder in the somewhat archaic Royal pool, where they could feel isolated and unsupported, could be disastrous.

But herein lay the problem. It turns out that Meghan did not want guidance or support, or certainly not of the kind she was getting. No, as we later learnt in her interview with Tom Bradby on the South Africa tour, she wanted to be asked how she felt.

Knauf’s email raising concerns about Meghan’s intimidating behaviour came about after a growing number of complaints – all from women – in Kensington Palace.

At that time in 2018, the corporate world was finally beginning to take accusations of bullying and bad workplace practice seriously – and Knauf, an accomplished corporate professional, had his ear close enough to the ground to know that such things couldn’t be allowed to fester, even in a palace.

The decision to confront this toxic situation would have been nightmarish to make. The last thing Knauf would have wanted was the idea that he and his colleagues were ganging up against Meghan.

In addition, Harry and William were still linked by their joint foundation and a huge amount of behind-the-scenes work had been put into developing the notion of the two brothers as emotionally literate, empowering, modern Princes – and nobody wanted the whole thing to fall apart because of the new wife on the scene.

So, no doubt to begin with, allowances would have been made for Meghan being used to a different workplace culture. The serried ranks of polite young women in KP, with their unassuming clothes and understated make-up, all used to working quietly and cautiously in a certain way, may have appeared lacklustre to her.

But reports that staff were bothered by her sending 5am emails from her yoga mat, as if that were too demanding, would have been wide of the mark. Employees in the Royal offices know they have signed up for 24/7. Pretty well every day of the year. It’s less of a job than a vocation involving a big slurp of the Kool Aid and being prepared to put your own life on the back-burner.

Although we might think that we Brits have a more hierarchical culture than the Americans, the US workplace is far more status-led, with much more visible deference expected from juniors to seniors.

Meghan would have been used to the noisy can-do ethos of that arena in contrast to the measured but often more effective British approach.

In the States, at least until very recently, it was not uncommon for employers to scream and shout when they couldn’t get what they wanted – right now. Harry’s ‘What Meghan wants, Meghan gets’ admonishment, so jarring to our ears, would have been an entirely acceptable mantra in many an American institution.

But perhaps more difficult than a clash over working styles for the team who worked for Meghan, and possibly for Meghan herself, is that they seemed unable to provide her with what she wanted. Or even to know what that was.

What was clear though was what she didn’t want: being told what she could and couldn’t do.

I have always thought that an American woman I know found me patronising because, on our first meeting when she was new in town, I suggested places and people she might be interested in. She lost no time in telling me that she knew it all already. Meghan clearly felt similarly. 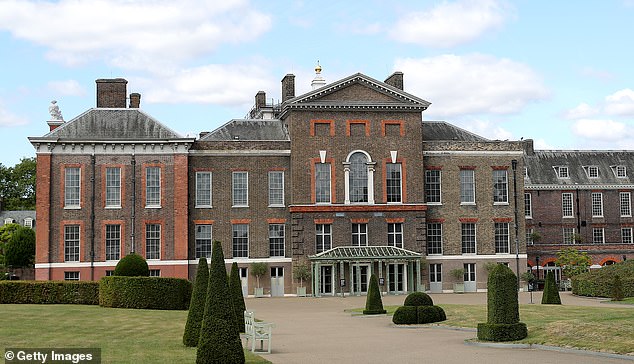 One of the striking things about Kensington Palace – the centre of ops for both the Cambridges and Harry when Meghan Markle moved in – is how very old-fashioned it is; think brick-walled cloisters, Jammie Dodgers and hunting prints, strangely muted and dim

Unlike the Princess of Wales, Meghan arrived on the scene as a woman in her 30s, with friends and connections, experience and opinions all bedded in. She knew what she liked and wanted, and had no interest in anyone thinking there might be any gaps where she would appreciate a bit of advice.

And unlike Catherine Middleton, who, by the time she married Prince William, had experienced years of living in the Royal goldfish bowl with its oxygen of protocol and precedence, Meghan would have been confounded by what might seem ridiculous prohibitions and rules.

Maybe it’s not surprising that she shot the hapless messengers, venting frustration on the team trying to help, and drove them away. Her lawyers deny bullying ever took place, but I don’t think I’ve ever heard a bully acknowledge themselves as such. Often they don’t even recognise they are doing it.

You have only to hear the way Meghan refers to The Firm (Prince Philip’s term for the working Royals), as if it were a cross between the Cosa Nostra and the Scientologists, to know that Team Sussex will no doubt regard the timing of the release of these accusations as directly targeting Meghan in revenge for the Oprah interview. And they may well be right.

But such is the Oprah machine’s build-up of the revelations of this interview (and let’s not forget one being broadcast as Prince Philip lies in hospital, which unless the Sussexes had rubbish lawyers, they would have reserved the ability to postpone), it was probably too much too expect, of even our usually buttoned-up Royals, to sit back and take it.