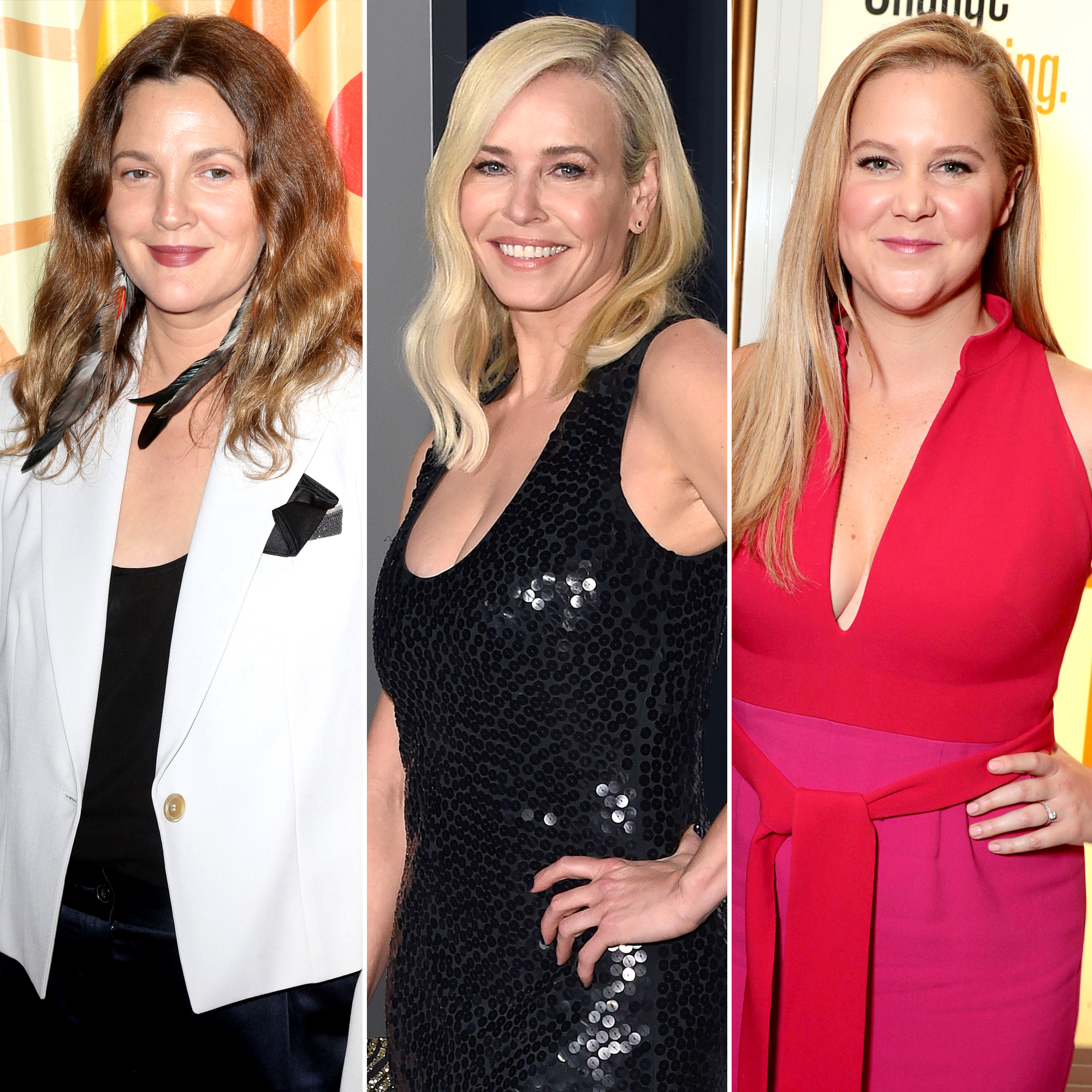 Fangirl moment! Drew Barrymore shared a social media snap with a slew of her famous friends, noting her disbelief that she got to hang out with such cool and accomplished women.

Celebrity BFFs Through the Years: Photos

“With legends @chelseahandler @amyschumer @sarahkatesilverman @sarahcpr #highlightofmylife,” the Drew Barrymore Show host, 46, captioned an Instagram snap of the fivesome on Sunday, October 17. “I’m not someone who posts a lot with other people when I’m out socially. I’m not trying to show my fab life. Most of my friends are life longers and we kind of just hang!” 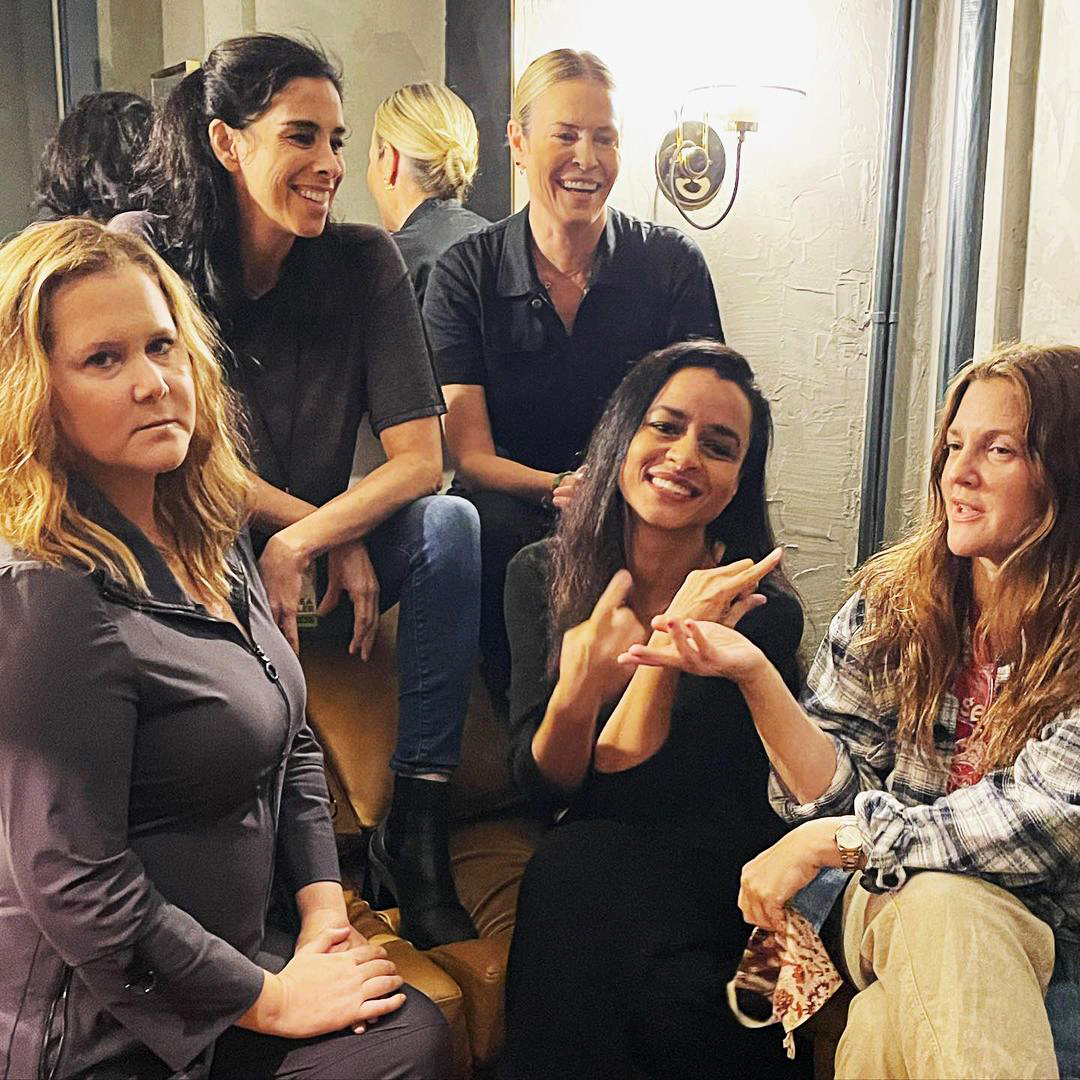 She continued, “I stay home a lot and I am lucky that my job allows me to be around incredible jaw dropping people but usually its because my professional life brought me to a situation! But this is a moment I am so proud of.”

Celebrities’ Most Empowering Quotes About Being Single

The Wedding Singer star noted her excitement to be around Amy Schumer, Chelsea Handler, Sarah Silverman and Sarah Cooper “who make the world a better place.”

“Their wit and humor heal us,” Barrymore added in her post. “Make us happy. They are also so strong. Wow. I had to share. I was like a weirdo asking to be in pictures with them! I am a fan. I was fan girling out so hard. And this is a moment I had to share. Thank you to these comedy goddesses who are also amazing humans to boot. Wow. Pinch me!”

The former child star attended a comedy show at New York’s Beacon Theatre on Saturday, October 16, which was headlined by Handler, 46, Schumer, 40, and Silverman, 50.

“Big Show Energy with @amyschumer and @sarahkatesilverman. Thank you New York,” the former Chelsea Lately host captioned an Instagram video of the trio shortly before the show began.

Cooper, 44, for her part, served as the opening act and gushed over her “dream come true” moment.

‘Scream’ Cast: Where Are They Now?

“I’ve been doing standup for 10 years and never in a million years did I think I’d be performing at the Beacon Theatre opening for @chelseahandler and getting to introduce Amy F—king Schumer to the best audience I’ve ever experienced and watch Sarah Silverman and Chelsea Handler kill,” the Sarah Cooper: Everything’s Fine author wrote via a Sunday Instagram post. “The backstage hang with Drew Barrymore was pinch myself unreal. How lucky are we to live in the same time as these comedy gods ❤️❤️❤️ thank you so much @chelseahandler you made this little Jamaican girl’s dreams come true.”

The This Means War actress shared a selfie with the Jamaica native via her Story, captioning it, “Look who’s opening for me at the Beacon this weekend! Funny as s—t!”

The Flower Films cofounder has previously been open about being a fan of other Hollywood stars.

When Barrymore interviewed Dakota Johnson during her October 7 episode of her daytime show, she notably gushed about the 32-year-old actress’ viral interview with Ellen DeGeneres about a birthday party, telling her, “That was amazing, by the way. Like, amazing.”