Just call her Buffy because gravity-defying pop-rock goddess Ariel Bellvalaire is ready to ‘slay’ the creeps, emotional vampires, and inner demons that haunt her world.

Halloween is the season of wicked witches, blood-thirsty beasts, and spooky shadows, but what about all the monsters that you meet every other day in the year? What about those fiends that lurk around inside of you? Those nightmares exist well beyond October 31st, and it’s those creatures that Ariel Bellvalaire battles in her new song. In “Monsters,” premiering on HollywoodLife, this pop-rocker delivers an electrifying anthem for those who aren’t afraid of what goes bump in the night, be they emotional bloodsuckers or those monstrous ex’s haunting your dating history.

“We all have monsters we deal with every day, and it’s up to you to slay them,” she tells HollywoodLife. It’s the kind of badass message that has come to define Ariel’s music. Since picking up the guitar when she was 12-years-old, this Windsor, Connecticut songstress has been forging her path in the music world, blending the hard-shredding rock of her heroes with pop sensibilities. A common comparison is “Avril Lavigne with a hint of Van Halen,” which she has fully embraced. 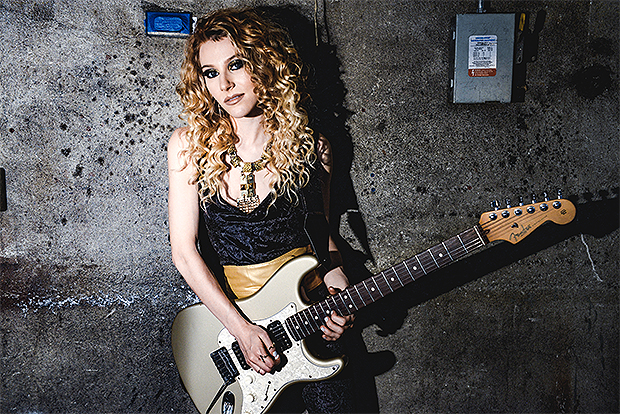 Ariel’s path has taken her to some unexpected places. Not one to limit herself to a single genre – or medium – she has played on Broadway, sharing the stage alongside Tony winners Lena Hall and Robin de Jesús in the Prince-inspired Dearly Beloved tribute show. After moving to Los Angeles in 2015, she lent her skills to commercials, including KIA’s 2016 campaign (she was the electric guitar-playing hamster) as well as a national commercial for Kentucky Fried Chicken, which saw her share screentime with Reba McEntire. Ariel has also traveled the world as part of Paradise Kitty, an all-female Guns N’ Roses tribute band, and other productions. 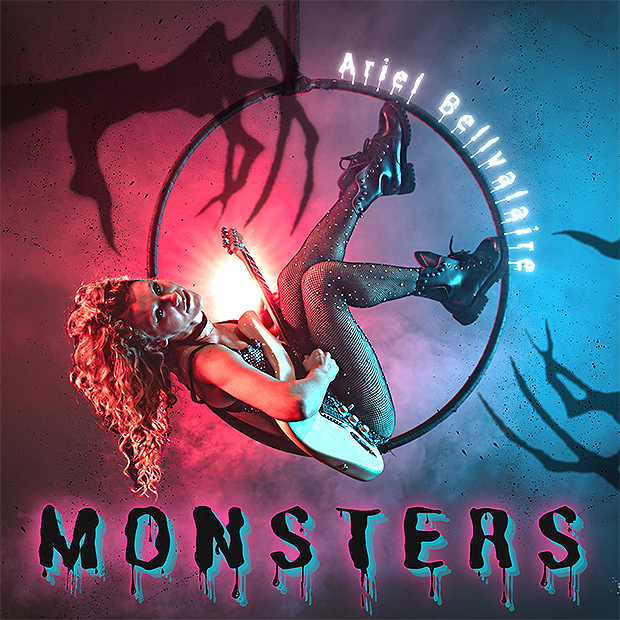 In February 2021, she released the video for her debut single, “Elastic.” The visual displayed Ariel’s aerial skills, as she performed a wicked guitar solo while upside down. “Growing up, I was always in love with gymnastics and became a competitive gymnast,” she told HollywoodLife. “I’d always be doing flips and splits around the backyard, so naturally, one of my first stage moves with a guitar was a split! Shortly after moving to LA, I tried a circus workout class that had aerial equipment, and I fell completely in love with the aerial hoop as it reminded me of my gymnastics days. The second I fall in love with something, my next thought is always, ‘how can I combine this with my guitar playing?!’”

That love will reach a new level soon. Ariel is currently prepping her debut full-length album. Once it hits the streaming services, all those “monsters” in her and your life better run and hide.