Australia has delayed a proposal for the Great Barrier Reef to be listed as “in danger” of being removed from the list of World Heritage sites, but UNESCO has given the Morrison government just eight months to upgrade its climate policy.

The United Nations Educational, Scientific and Cultural Organisation (UNESCO) controls World Heritage listings and on Friday night a committee of 21 countries voted against a proposal to downgrade the reef’s World Heritage status, but ordered Australia to provide an update on the reef’s health in February next year. 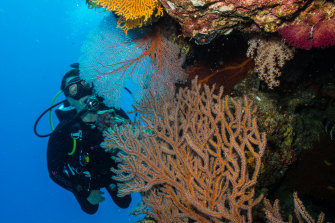 UNESCO has given the Morrison government just eight months to upgrade its climate policy.Credit:Jason South

UNESCO cited two major threats to the World Heritage status of the reef – climate change, which has spurred three mass coral bleaching events since 2016, and water pollution from runoff out of agricultural and urban areas.

Federal Environment Minister Sussan Ley has spearheaded a whirlwind campaign to delay a vote on the reef’s status, including a European tour, while ambassadors of more than a dozen countries were flown to the reef to see healthy corals.

Ms Ley won the backing of 12 of the 21 countries for an amendment that would have delayed a vote on the reef’s status until mid-2023. It would have also given Australia until December 2022 to report to UNESCO on the environmental health of the reef.

However, Norway pushed back on Australia’s delaying move and forced Australia to report back to UNESCO by February 2022.

That means Australia has less than eight months to demonstrate a greater action on climate change and water quality, while UNESCO could decide to lodge an in danger rating for the reef at its next World Heritage meeting in mid-2022.

Norway said the call for action was urgent and emphasised that the draft in danger rating was recommended by UNESCO’s expert advisors at the International Union for Conservation of Nature, who had been informed by findings from Australian science agencies including the Great Barrier Reef Marine Park Authority.

Ms Ley has argued the initial in-danger process was politicised, it didn’t follow due process including a site visit, failed to take into account recent policies to improve water quality, and unfairly singled out Australia over its climate policy.

“This has never been about Australia hiding from the challenges facing the reef or the pressures of climate change, it has been about ensuring a fair and transparent process,” she said on Friday night.

UNESCO’s focus on the impacts of global warming on the reef reflects the frustration of many nations that have recently increased commitments to reduce carbon emissions by 50 per cent by 2030 and hit net zero by 2050. Australia’s policy is modest in comparison, with a reduction of at least 26 per cent by 2030 and no set deadline for net zero.

Australia’s current climate policy is consistent with global action resulting in 2.5 to 3 degrees of global warming. UNESCO said a climate policy consistent with limiting warming to 1.5 degrees is required to save the reef. A recent Australian Academy of Sciences report said if the world warmed by 2 degrees only 1 per cent of corals would survive.

World Wide Fund for Nature Australia head of oceans Richard Leck said the government “has had a very close shave with losing the World Heritage status of the reef”.

“UNESCO has put Australia on probation. Business as usual on climate will not prevent an in danger listing in a years’ time,” Mr Leck said.

Imogen Zethoven, adviser to the Australian Marine Conservation Society on World Heritage, said “this is not the outcome the Morrison government wanted”.

“At the moment there is a gulf between Australia’s climate policy and preserving the future of the reef,” Ms Zethoven said.

“It was the Morrison Government’s failures on reef conservation and climate action that made Australia’s Great Barrier Reef vulnerable to an in danger listing,” Ms Butler said.