BBC Breakfast's Dan Walker has addressed the claims he used his 'BBC influence' to get his hair chopped.

The TV star was mocked for jumping the queue to get his barnet fixed due to his platform – but took it seriously. 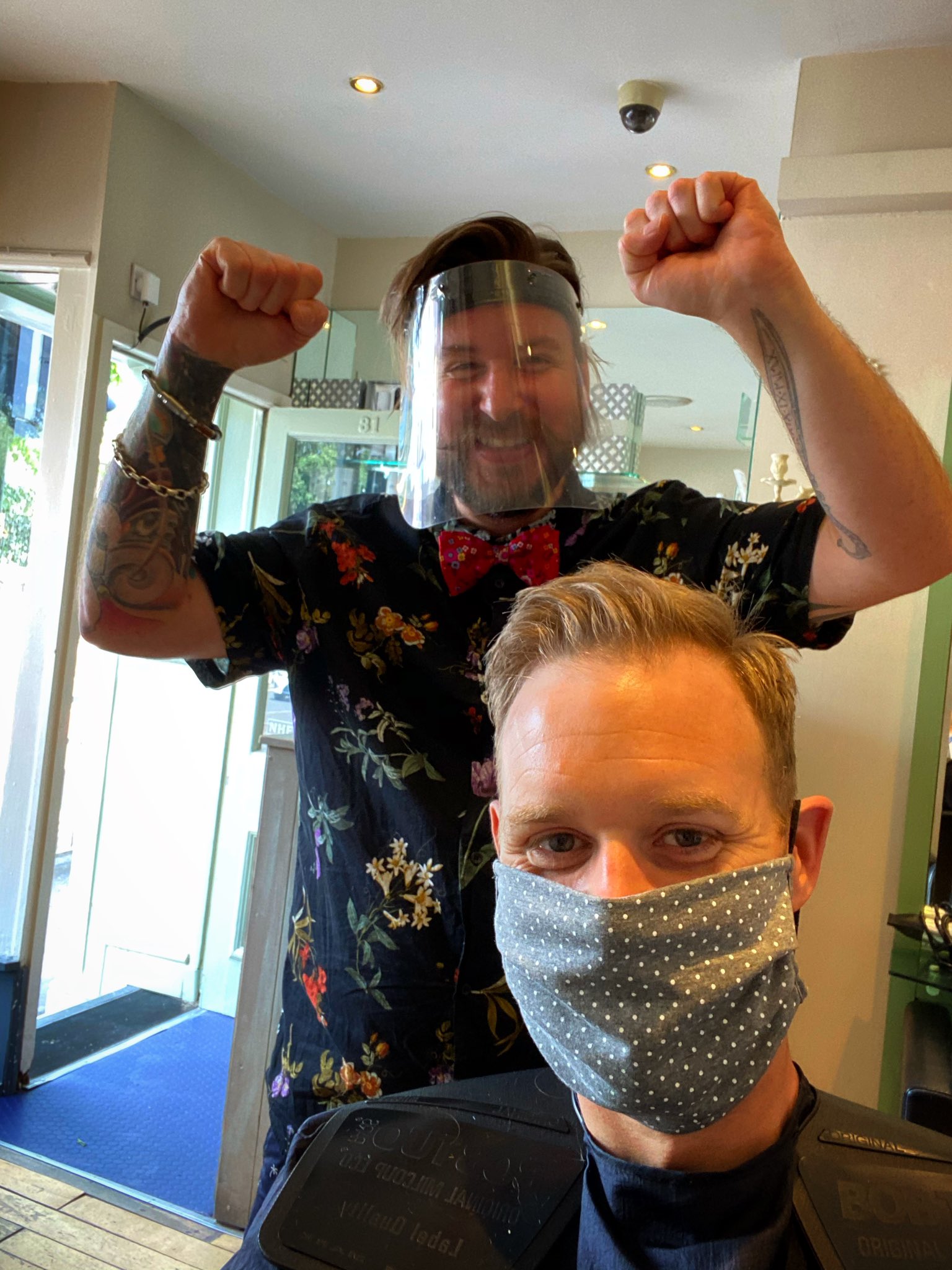 The host of the BBC morning show posting pictures of him getting his 'do seen to.

He wrote alongside the initial pictures: "Mrs Walker has kept it respectable but great to see Sam at Capelli in Sheffield for some much needed professional scissor action this weekend."

But some fans mocked him for using his status and took to social media to rip him.

One follower joked: "I heard he used his privileges." 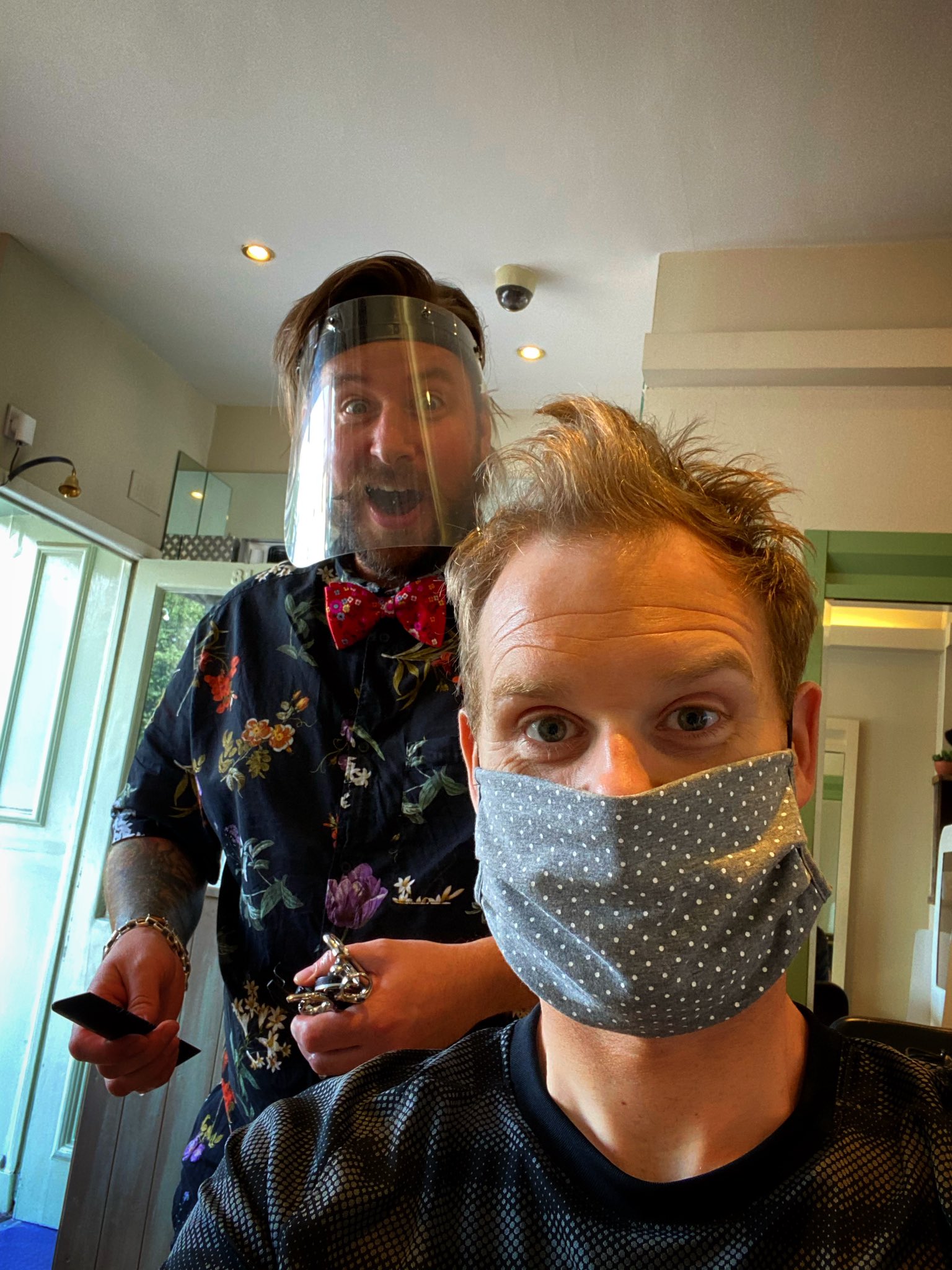 Another added: "Using his influence at the BBC to jump the queue for a haircut before anyone else".

One follower joined in: "You should be setting an example and waiting like everyone else."

Dan took it seriously and replied: "I'm really sorry but just stop being a fooligan! Sam is a friend who I've been in contact with all lockdown.

"I booked about three weeks ago and got the same service as everyone else.

"This sort of thing makes you look daft and makes Twitter a place that no-one wants to be."

The user wrote back about his attempts at the joke: "I was attempting to do a mock outrage tweet as per the usual crowd on Dan's timeline.

"I wasn’t riled up in the slightest. Though it appears some on here think it was real. My bad, though it certainly livened up my night!" 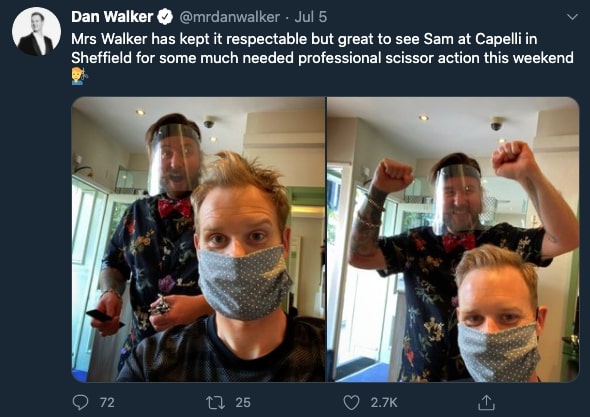 Earlier in the year, the Football Focus host was forced to apologise for Love Island star Josh Denzel swearing.

He also upset Louis Tomlinson by "continuing to ask him about his grief" in an awkward interview.

The pop star, who went on the show to promote his debut solo album Walls, expressed his frustration during the chat and took to Twitter to vent with his fans. 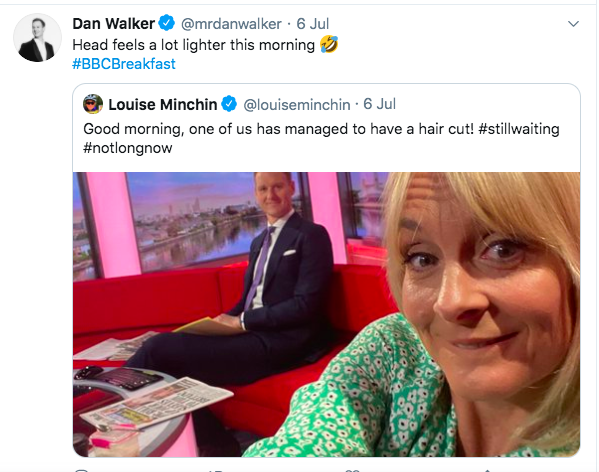 Louis, 28, vowed never to go on BBC Breakfast again after being grilled over grief, and writing: "Defo wont be going on there again Haha! Love to all my fans for always having my back."

However, Dan spotted his tweets and quickly responded: "Sorry you feel like that. It was nice to speak to you on #BBCBreakfast this morning. Can I ask what you are upset about?"

And Louis responded: "I was upset that you continued to ask me about my grief. It goes without saying how hard it is to lose both people so close to me.

"The least I ask is that you respect my decision of not wanting to be asked in interviews about something so painful."

In 2016, Dan replaced Bill Turnbull as presenter of BBC Breakfast.

His first show aired on 29 February and he currently co-presents the programme with Louise Minchin.

Dan hit the headlines last year after his salary revealed he earns almost double what his female co-presenter do.