Home » Lifestyle » Before you buy a holiday bolthole, make sure you've checked these six things

THE Consumer Crew are here to solve your problems.

Mel Hunter will take on readers’ consumer issues, Jane Hamilton will give you the best advice for buying your dream home, and Judge Rinder will tackle your legal woes. 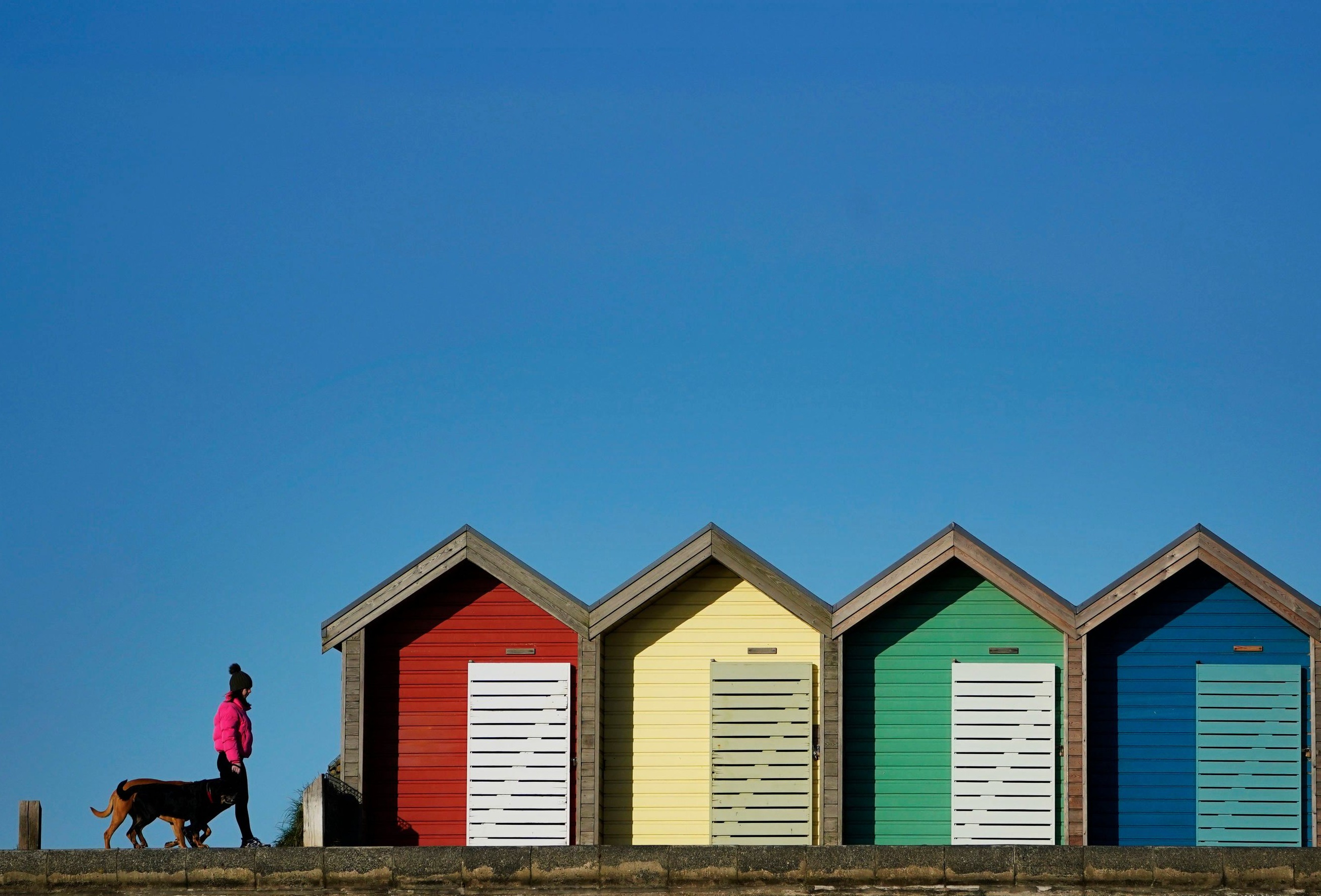 DEMAND for beach huts has seen prices soar by as much as 30 per cent in the past year.

Research from property portal On The Market shows the average price of a little seaside bolthole increased from £27,805 to £35,919.

And there are 60 per cent fewer huts available now compared to six months ago.

Despite many being little more than 6ft by 6ft wooden sheds – often lacking basic amenities – the number of potential buyers viewing them online leapt by an incredible 259 per cent this month as we face up to the reality of more staycations.

On The Market’s Vikki Bennett said: “Having spent significant amounts of time at home under lockdown, it’s no wonder increasing numbers of pent-up Brits are attracted to the idea of buying a beach hut to own a slice of the outdoors.”

Before buying, take this advice on board.

Buy of the week 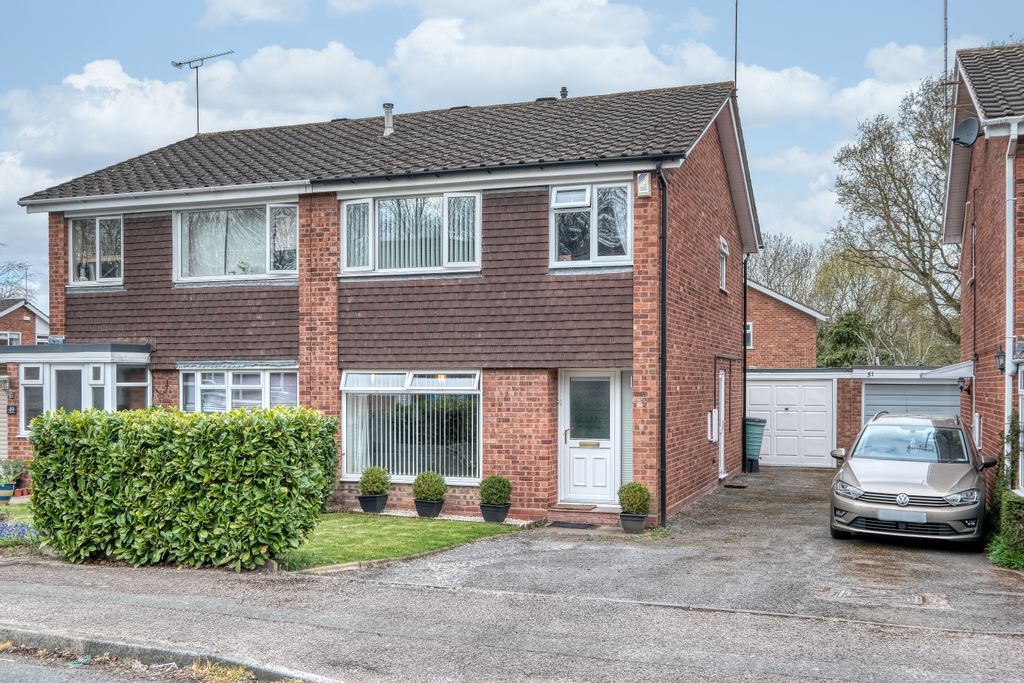 THREE-BEDROOM semis in Redditch, Worcs, are the country’s fastest-moving homes.

They are being snapped up in fewer than 27 days, on average, according to Zoopla.

Deal of the week 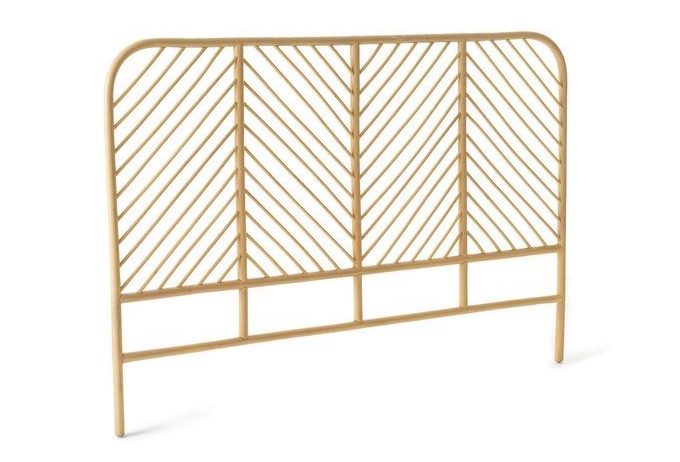 RATTAN headboards are so popular they are out of stock nearly everywhere. But this Kolaka style is on sale for £189.05, down from £199, at laredoute.co.uk.

Q) I AM a member of a local golf club that was closed throughout the second Covid lockdown.

Since the restrictions lifted, I booked to play on the first day the club was reopening. But when I got to the clubhouse, I was informed I would not be able to play, due to arrears in my club fees.

I’ve always paid my fees monthly, with no problem. But during the second lockdown I instructed my bank to stop my standing order until the course was open and I could play again.

The course manager informed me they had cancelled my membership until the money for the fees was paid for the time of course closure, which I found completely unreasonable of them.

They want members to pay for a course that was closed. Is this allowed?

A) You should have received an email from the course manager as soon as the club shut, setting out the details of its Covid contributions policy.

This may have invited you to make voluntary payments for the upkeep of fairways and greens but as the club was unable to let you play, I don’t see how it could demand you continue to pay your full membership fee.

The contract you had with the club was frustrated in law as soon as it was shut down.

Gyms across the country have suspended membership fees for this precise reason.

It is possible the terms and conditions of club membership you agreed to envisaged this situation and make clear you are obliged to pay your dues whether the course was open or not . . . but I doubt it.

Either way, your best here is trying to resolve this amicably.

I would suggest a face-to-face meeting with the course manager, offering to make a limited contribution – especially if you want to continue playing there.

Q) MY daughter owns her house but next door is rented out. A big tree in that garden is a danger to her home should it fall.

The landlord says he can’t afford to have it cut down but my daughter could pay. Is that fair?

A) Get advice from a tree surgeon or surveyor. If the tree is unsafe, the landlord must get it removed or he is liable should something happen.

Your daughter should put this in writing to him or say she will apply to a small-claims court for an injunction forcing him to remove the tree.

Meanwhile, it might be wise to pay to get the tree removed – while reminding the landlord he must refund her the money. 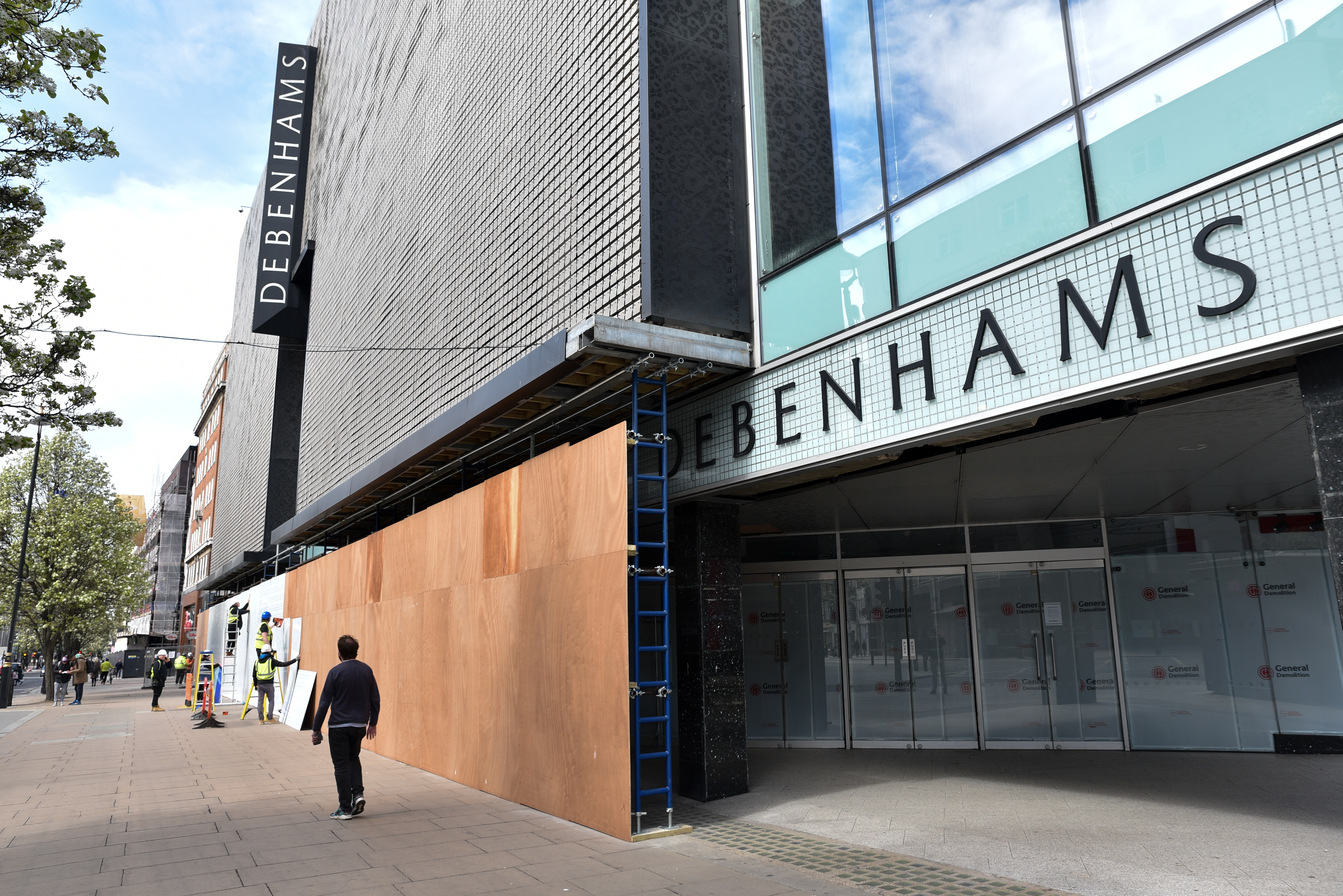 Q) I BOUGHT a coat for my husband at Debenhams in December but due to lockdown, I was unable to return it for the bigger size we needed.

I got in touch with customer service and was assured I would be able to return it after lockdown was over.

Unfortunately, my local branch has since closed down. That coat cost £85 and the nearest branch to me is in Carlisle, which is going to cost me around £75 to get there and back.

The purchase is still in the original bag and all receipts are there. There is no option to return items bought in-store by post.

As myself and my husband are in our seventies, this was a big purchase for me for Christmas. We simply can’t afford to lose this money. What should I do?

A) You are entitled to a full refund for the coat. As Debenhams is still operating, it ought to provide you with a reasonable method of returning the coat.

It clearly isn’t reasonable to expect you to drive to Carlisle. But depending on the cost, you might be expected to cover some of the postage expenses.

I would write to customer services (or call them) making clear you expect the store to arrange the delivery service it normally uses to come and collect the coat – and for your refund to be issued as soon as it confirms the coat has been returned.

Be firm but fair in your correspondence and don’t forget to remind Debenhams how much this money means to you.

If that doesn’t help you, please write back letting me know.

THE number of unoccupied properties in the UK spiked by 35 per cent last year, according to insurance comparison site quotezone.co.uk.

Homes being renovated or awaiting sale made up the biggest portion of empty properties, followed by owner bereavements. Site founder

Greg Wilson said: “Unoccupied properties are an easy target for vandals or squatters. Small issues such as a leak or a patch of rising damp can spread and become much more costly if no one is there to notice and fix the initial damage.”

I have only been a customer of E.ON for ten months so I cannot owe that amount, especially as I have paid £58 a month via direct debit.

I have contacted E.ON 12 times in the past month and have submitted a formal complaint which they have not replied to.

I have sent my meter readings, and have informed them repeatedly that my meter is faulty but they don’t seem to be listening. The anxiety and stress is really getting to me.

A) As I told E.ON, this was crazy. Common sense screamed that your bill was massively wrong, yet E.ON was doing nothing.

You’d done your sums and worked out that your meter was showing you were using nearly 35 times more energy than the average household.

Throughout this period, you were also nursing on the Covid wards. The energy firm should have been bending over backwards to ease your load.

Once I raised your case, E.ON finally took notice. An engineer confirmed that the meter was, in your words “going haywire”. This was replaced and your whopping bill was wiped.

An E.ON spokesman said: “We’ve spoken to Ms Hill to apologise for the large bill which was generated in error due to an issue with the meter. We will withdraw all incorrect charges from her bill.” 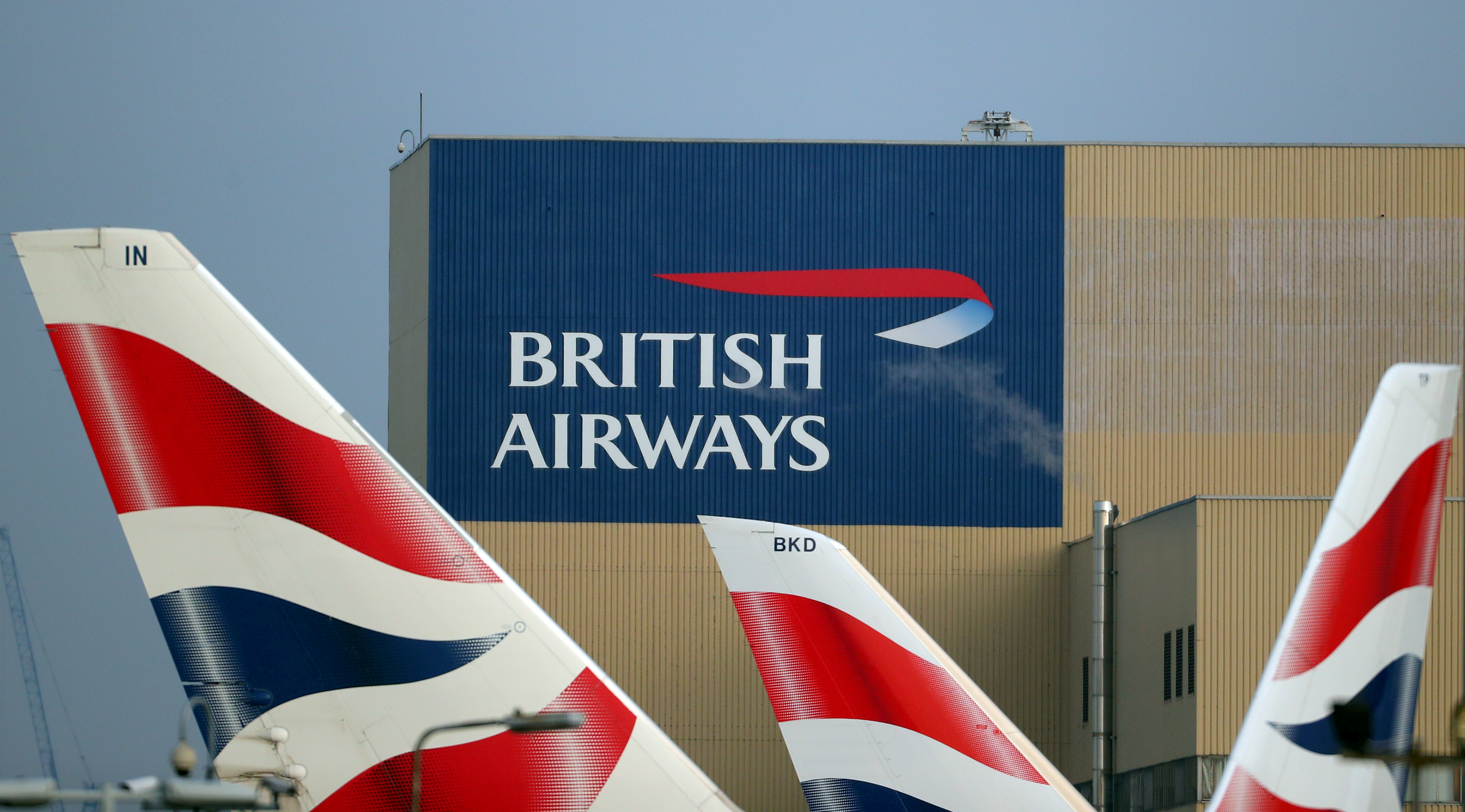 Q) LAST year was my parents’ diamond wedding anniversary and the highlight of the celebration was going to a holiday to Japan.

They were due to fly with BA on March 25, business class, but shortly beforehand the Government advised against all but essential travel.

Since then, my parents – both in their eighties – have sought a refund for the £5,355 flights. But there were told they could only have vouchers.

The airline is not budging on this and is not recognising that my parents will struggle to spend more than £5,000 in vouchers.

A) On the face of it, I couldn’t see why your parents could not get a refund. There was absolutely no way they could have flown to Japan at the height of the first wave and the vast majority of flights were cancelled.

However, BA told me the flight actually operated so it took the hardline position your parents were not due their money back.

I did find a chink of light for you. BA told me the vouchers, valid to April 2023, could be used by another party and that your parents would not need to be part of the group.

The Competition & Markets Authority is investigating whether airlines breached consumers’ legal rights by not offering refunds for flights they couldn’t take due to lockdown.

It might be worth your parents keeping an eye on this.