Home » Lifestyle » Ben Affleck Pushes Man Away Who Got Too Close to J. Lo in Italy

Ben Affleck Pushes Man Away Who Got Too Close to J. Lo in Italy 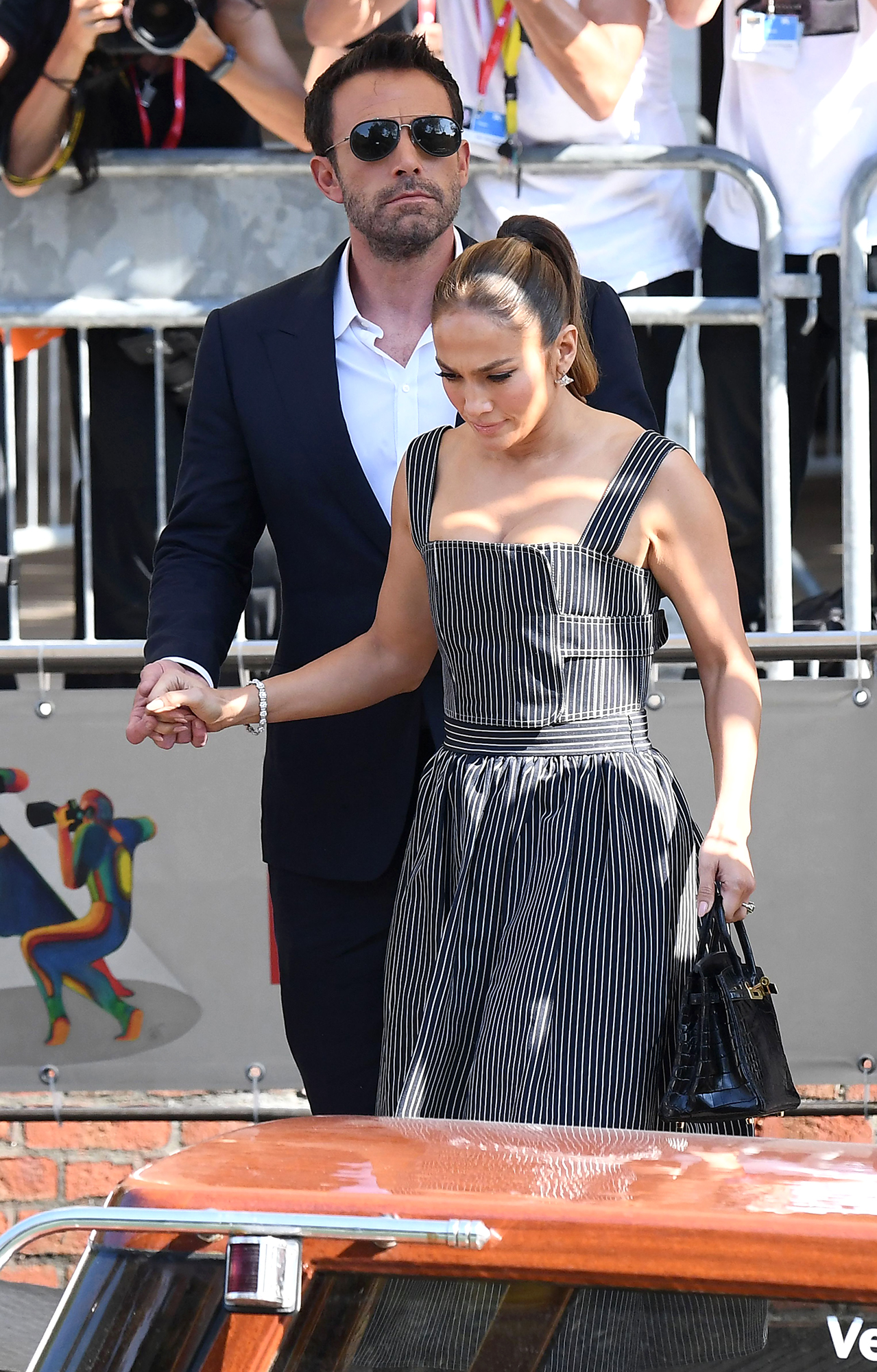 Boyfriend and bodyguard. After Ben Affleck and Jennifer Lopez’s romantic whirlwind getaway in Venice, Italy, the pair ran into an enthusiastic fan at the airport.

On their way out of town on Saturday, September 11, the Argo producer, 49, was spotted pushing away a man who got too close to the couple while attempting to take a selfie of the stars, according to photos published via Page Six.

When the maskless fan put his camera in Bennifer’s face, Affleck held his hand up to push the man away from his girlfriend, 52. After the Massachusetts native pushed the fan back, the songstress — wearing a polka-dot dress and oversized sunglasses — took a step away as the couple’s bodyguard arrived and helped push the man further away from the famous couple.

After the alleged altercation, the couple resumed holding hands and walked into the airport ahead of their flight.

The “Let’s Get Loud” crooner joined her beau in the Italian city for the red carpet premiere of his forthcoming film, The Last Duel, at the 78th Annual Venice International Film Festival. The duo arrived in the Floating City on Thursday, September 9, holding hands and grinning as they took a water taxi to their hotel.

Buongiorno! J.Lo and Ben Affleck Are All Smiles on Venice Getaway

At the time, Lopez donned a long-sleeve white lace dress with a bow at her neckline, clutching a black handbag, as Affleck sported a black long-sleeve shirt and matching slacks. They both wore oversized sunglasses and face masks, too.

One day later, the couple walked the red carpet together for the first time since they rekindled their 2000s-era romance. During the Friday, September 10, premiere, the Second Act star wore a white Georges Hobeika gown with a plunging, crystal-embellished neckline as she supported her beau’s latest project — which he cowrote with pal Matt Damon — while he donned a black tuxedo.

The Hustlers actress reunited with Affleck in April after she ended her years-long engagement with Alex Rodriguez. One month later, Us Weekly confirmed Bennifer was “full-on dating.”

Since then, the couple’s relationship has continued to heat up as they’ve been spotted taking various vacations together and even hanging out with each other’s kids.

“They are both madly in love and don’t want to let one another go this time,” a source exclusively told Us in August, noting that the Last Duel star considers the New York native the “one that got away” and he is “determined to make sure that doesn’t happen this time.”

The pair were originally linked after they met on the set of Gigli in 2001. Affleck popped the question in November 2002 with a 6.1-carat pink diamond bauble that was created by Harry Winston. After the duo postponed their nuptials one year later, they eventually called it quits in January 2004.

Lopez later married Marc Anthony — with whom she shares twins Max and Emme, both 13 — before the pair divorced in 2014.

Affleck, for his part, went on to marry Jennifer Garner before welcoming daughters Violet, 15, Seraphina, 12, and son Samuel, 9. The former couple separated in 2015 before finalizing their divorce in 2018.