COFFEE drinkers need to spend £50 to get a “free” drink at Starbucks, which works out at 18 large lattes, a Sun Money probe can reveal.

Workers heading back to offices will be hitting coffee shops again, so we compared the big chains’ loyalty schemes. 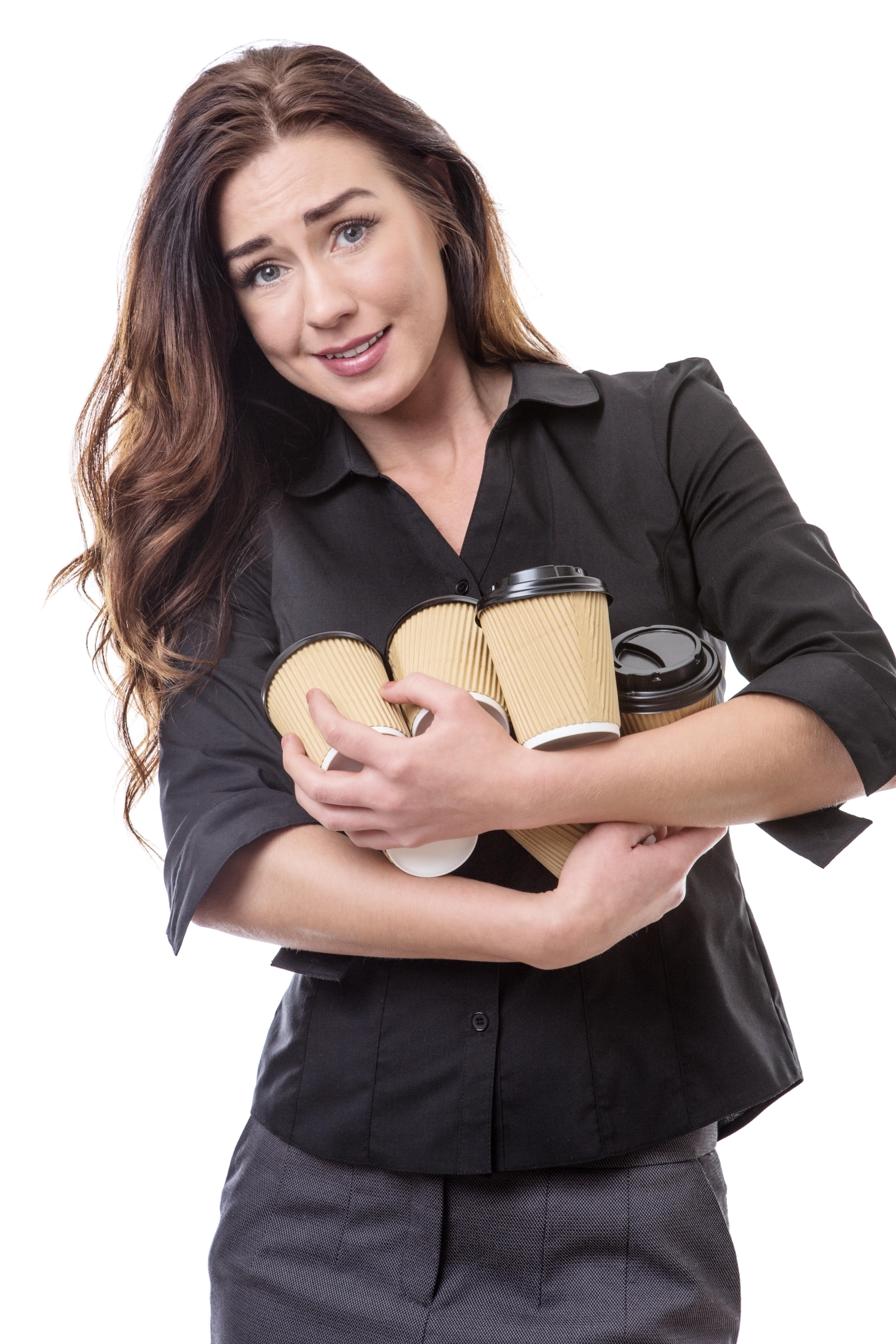 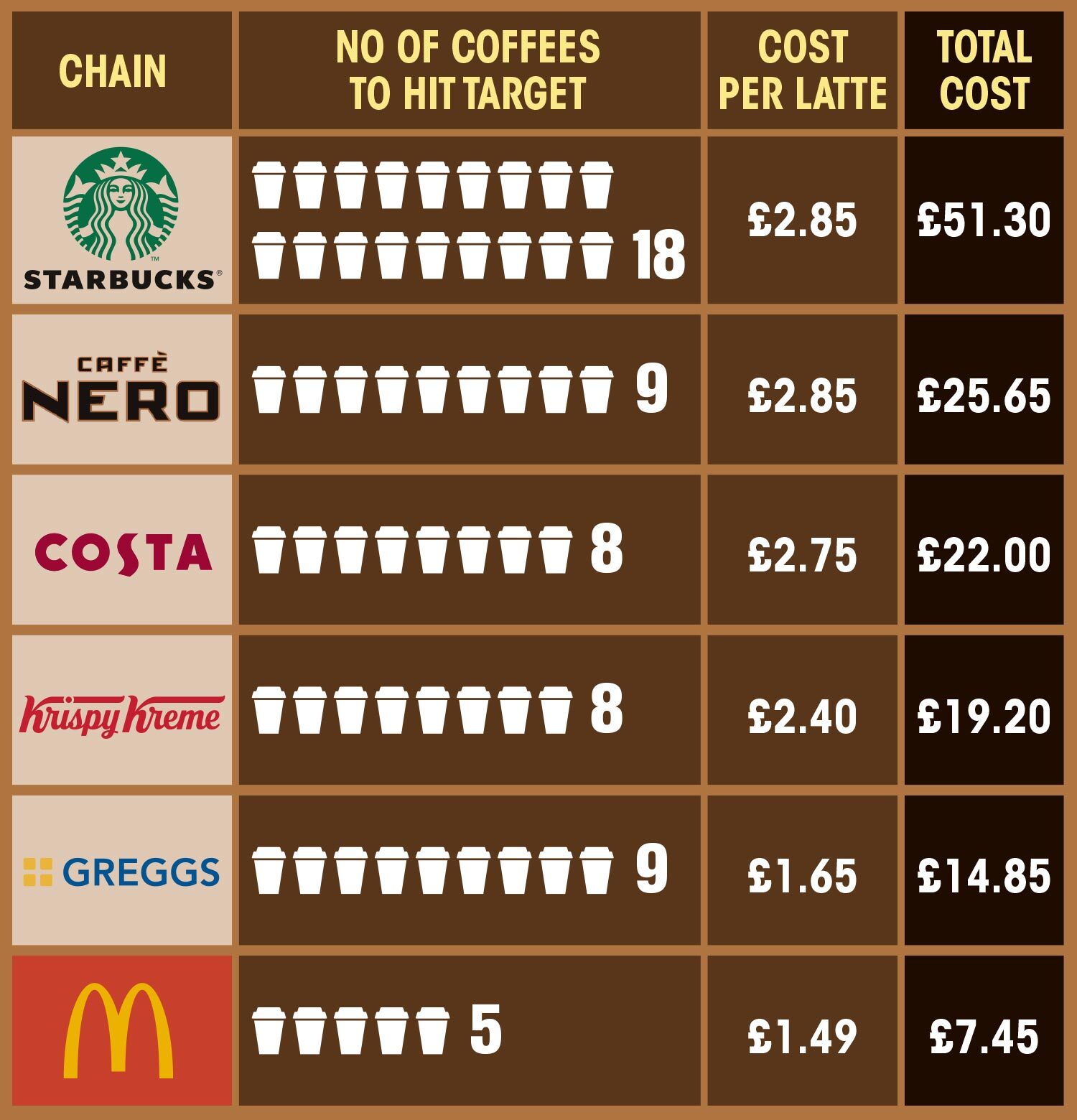 McDonald’s is best value, with a free drink after buying five, but caffeine connoisseurs will prefer the specialist chains.

The good news is that Costa’s revamped scheme, rolling out to existing members throughout this month, takes it from the worst in our table to among the best, offering a free drink after you pay for eight.

Worst value is now Starbucks. It changed its scheme with the onset of the pandemic, but made it worse.

To earn a Starbucks Rewards freebie you must spend £50, which equates to 18 of its “Venti”-size lattes. Under the old system, you could claim after spending £42.75 (15 Venti lattes).

Starbucks argues that customers can increase their balance with bonus offers and rewards.

Meanwhile, Costa customers now earn one “bean” credit per drink and get a free one after eight beans.

Previously, they got five points for every pound spent, and each point was worth just one penny. That meant you needed to buy 27 large drinks, spending around £72.

Now, you are rewarded after laying out just £22.

Eco-friendly customers who bring a reusable cup can get a free Costa coffee after buying only four drinks, by claiming an extra bean each time. That works out at an £11 spend.

Caffe Nero is offering a similar reusable-cup bonus, for which you need to spend £14.25.

McDonald’s, which has switched from stickers to an entirely app-based system, gives you a free drink after buying five. That adds up to an £7.45 outlay.

Greggs and Krispy Kreme also offer loyalty schemes. Most of the coffee chains have incorporated smartphone apps into loyalty schemes but only McDonald’s and Costa make them a requirement.

Costa customers who have a physical card through the old scheme can still use it for the new one, and request a replacement, but customers new to the Costa Club will not have that option.

No fret at Pret

PRET A Manger does not have a loyalty scheme but it broke new ground this year with a coffee subscription.

You pay £20 a month for up to five coffees a day, every day. Unlike a loyalty scheme where customers can earn free coffees, they pay upfront for what works out as unlimited drinks including teas, frappes and hot chocolates.

A latte at Pret is £2.85, so the subscription model only makes sense for drinkers who consistently buy eight or more lattes a month.

Every drink after that is essentially free, so this is ideal for dedicated fans of the coffee shop.

Those who do not live or work near a Pret may not find the subscription is worth their while.

ONE thing all the schemes have in common is the loyalty points and rewards you earn do not last for ever.

Some are harsher than others. McDonald’s, for example, will automatically remove any stamps remaining on customers’ cards on December 31, 2021.

Starbucks stars will expire two years after they are earned if not redeemed.

Caffe Nero’s stamps never expire, but the fully stamped card does after 18 months.

Costa Club beans will go out of date if the app or card has not been used in 12 months, and reward drinks go after six months.

Krispy Kreme’s Smiles disappear 12 months after they are earned unless they have been converted into rewards which never finish.

This essentially gives customers one year from earning their first Smiles to rack up enough to convert into a reward.

Greggs’ physical coffee loyalty cards expire with the date on the card and the app and online account may be cancelled after 24 months of no activity.