Nothing gets past a Housewife. Bethenny Frankel claimed she’s known about Erika Jayne‘s legal and financial trouble for several years before the drama made headlines.

The former Real Housewives of New York City star got candid about the Broadway performer, both 50, during the most recent episode of her “Just B With Bethenny Frankel” podcast, alleging that she initially heard about Erika’s wild spending from her late ex-fiancé, Dennis Shields. Before he died in 2018, Dennis had gotten to know Tom Girardi, Erika’s now-estranged husband, while they both worked in law.

“I have a specific perspective on this,” the Skinnygirl CEO explained on the Thursday, September 16, podcast, describing her former flame’s connections to Tom, 82, whose law license has been revoked amid his recent ups and downs. “This was in 2018, Dennis and I watched the show — the Beverly Hills Housewives. … I was aware of Tom.” 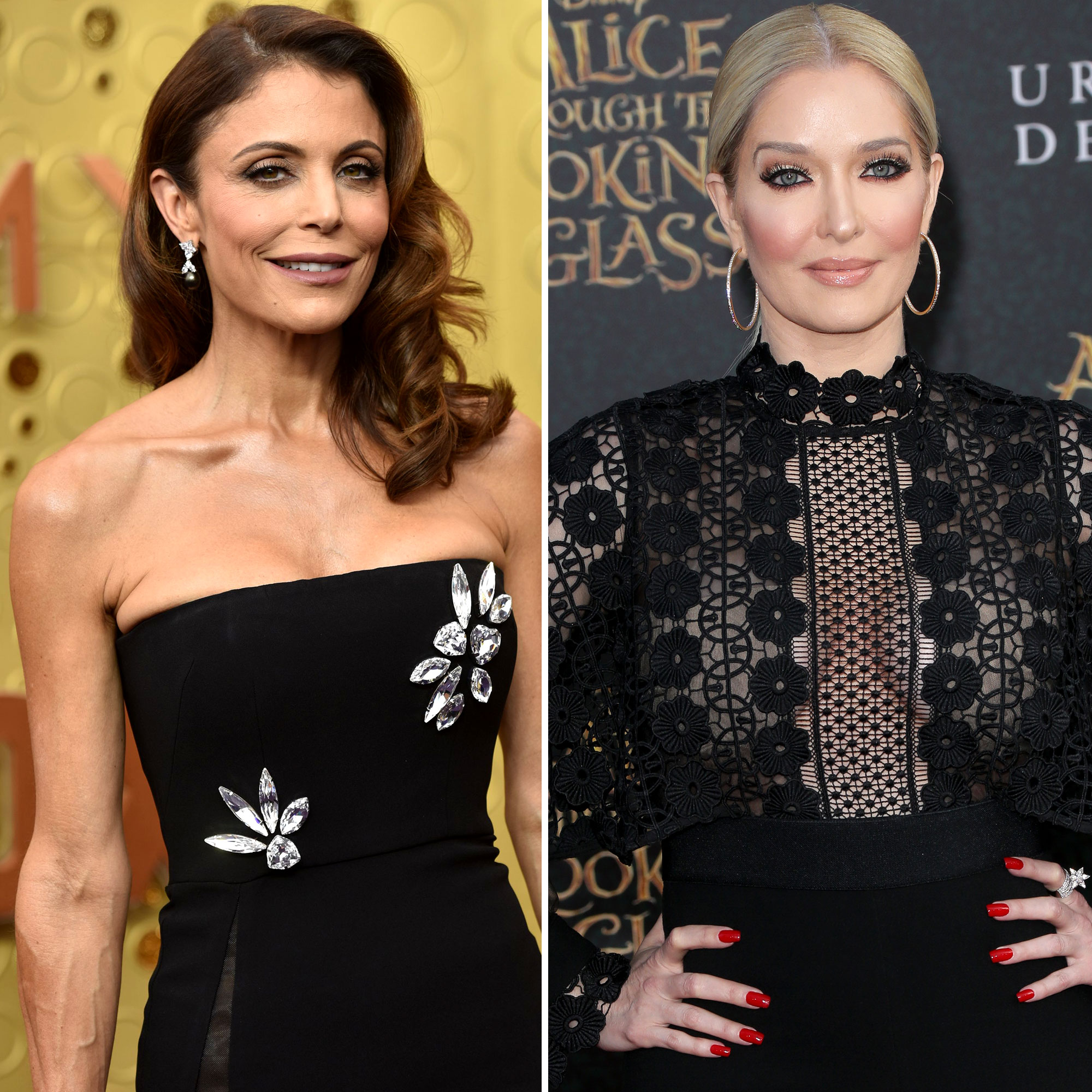 The Big Shot With Bethenny star recalled meeting Tom at a conference she attended with Dennis and discussing Erika’s revelations about apparently spending thousands of dollars on glam and private planes that had aired on The Real Housewives of Beverly Hills at the time.

“My experience is — especially with the Housewives, but really, everywhere as well — if someone’s flaunting their money, they don’t really have it,” Bethenny claimed. “Particularly on Beverly Hills, there have been a lot of ‘all show and no go’ girls. The more that they flaunt it and the more that they brag about it, usually there’s something wrong.”

The former Bravo personality recalled thinking it would be “hard to sustain” the kind of lifestyle Erika had shown off on TV, and after chatting about it with Dennis, her suspicions were seemingly confirmed.

“Dennis said to me, ‘[Tom] doesn’t have it like that. He owes me money. He owes me half a million dollars. I know this other guy he owes a million and a half dollars. He doesn’t have money. He owes everybody money,’” the BStrong foundation founder claimed on Thursday. “And I go, ‘What are you talking about? How is she flying around on [private planes]?’ And he said, ‘It’s because he’s using people’s money to support her lifestyle. He’s using the company’s money to support her lifestyle.’ Dennis said this. … I said, ‘Why would he do that?’ He goes, ‘He can’t say no to [Erika].’”

According to the Apprentice: Martha Stewart alum, Tom’s shady financial dealings were “a well-known secret” to those who worked closely with him. When she joined Dennis at another law conference in New Orleans in May 2018, they brought up the “Pretty Mess” singer and her then-husband during a conversation with another “billionaire lawyer,” who hinted that Tom wasn’t as solvent as he let on.

“When Dennis [told the lawyer] … ‘Do you know Erica Jayne spends $50,000 a month on her hair and her makeup?’ The guy was like, ‘What? He owes everybody money. He’s being sued by everybody,’” Bethenny said. “So it was a thing. So I knew about it.”

In November 2020, Erika filed for divorce from Tom after more than 20 years of marriage. One month later, they were accused of withholding settlement from the families of victims of a 2018 plane crash. As the drama plays out on the current season of RHOBH, the Georgia native’s fans and costars wonder how much she really knew about Tom’s behavior, despite asserting her innocence.

The Dancing With the Stars alum has yet to be charged with any crimes. Bethenny, for her part, isn’t so surprised it’s taken this long for the alleged controversies to come to light.

“That’s just what happens. Things take a long time to come out — but everybody in that industry knew about it. All these major lawyers that I’m talking about around the country that are in this industry, they all knew about it,” she claimed on Thursday. “I told [Erika’s makeup artist] Kristofer Buckle about it. I told Andy Cohen about it, just to say, ‘It’s not what you think.’”

The Messiest Bravo Breakups of All Time: Erika and Tom, More

Bethenny also claimed that she previously flagged the duo’s financial woes to Erika’s costars Lisa Rinna and Kyle Richards, who have tried to support their friend on RHOBH season 11.

Erika, for her part, has “been ready” to share her side of the story as the RHOBH reunion approaches, a source recently told Us Weekly, adding, “[She] won’t be holding back.”