Billionaire hedge fund founder Ray Dalio is speaking out about his “journey and reflections” following the tragic sudden death of his adult son, Devon.

Dalio shared the missive in a LinkedIn article on Wednesday, 13 days after his 42-year-old son, Devon, died in a fiery crash at a Greenwich, Conn., shopping center. He also shared the post to his more than 562,000 Twitter followers.

“In appreciation for the kindness and wisdom that you and others passed along to me, I will pass along what it was like for me in the hope that doing that might help you or others,” the co-chief investment officer and co-chairman of Bridgewater Associates wrote. “At first losing Devon was worse than losing a part of myself, which was made more painful by my seeing the pain that it was causing my family members. With time, a lot of reflection, and several perspectives of others who went through similar journeys, my perspective has evolved a lot.”

Police said late last month that Devon Dalio was driving a 2016 Audi around 3:50 p.m. on Dec. 17 when the car mounted the curb and careened into the front of a Verizon store, coming to a stop after traveling completely into the shop. The vehicle and the store became engulfed in flames and Dalio could not be saved.

Greenwich Police have since released scant information in the case, other than that investigators have identified and are interviewing witnesses and analyzing evidence collected from the singed crime scene.

The police department is awaiting autopsy results from the Connecticut Office of the Chief Medical Examiner and fire marshals are investigating the fire. A police spokesperson previously told Fox News it was not yet clear if Devon Dalio had any known history of medical conditions.

Ray Dalio – famous for his “principles” and sharing lessons learned through the years with his following – said in his Wednesday letter he has learned that everyone grieves differently and there is no right or wrong approach. He said in the days after his son's death he tried “be free of all thoughts and obligations” and help others experiencing similar struggles.

“I gave myself unlimited time and space to do that,” he said. “Because my family is very close to me and each other, we went through this, and are continuing through this, as a shared experience. We each brought what we each had – our different memories, ways of seeing things, and preferences related to the life of Devon and what we should do in the future.” 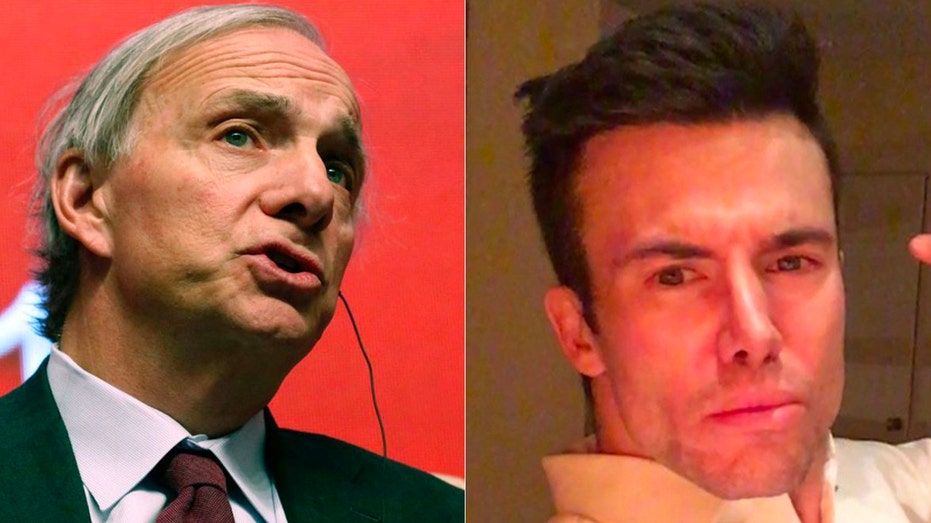 Losing Devon, he said, “triggered an enormous amount of pain and reflection” that his past experiences with death and mourning did not prepare him for.

“In the first few days it was very painful and confusing,” he said, describing how he worked to process his thoughts and emotions. “Of course we focused on Devon – our memories of him which brought up tears at first and then laughs about memories. While early on we focused on the past, including irrelevant unanswered questions and regrets, we naturally evolved to thinking about the future, focusing on what we should do for him and taking the lessons that we learned to make it as good as it can be.”

Reading messages of support and condolences from people who knew his son “made a huge difference,” and friends from different backgrounds, cultures and religions were able to expand his mind to different perspectives, he said.

“There is still a painful void and probably will be for some time, but there is also a lot of joy,” he continued. “We walked where he walked and visualized him being there with us and we watched a couple of his favorite movies including comedies so we laughed with him. In doing these things I realized that we shouldn’t be so focused on the now. That life is like a movie and what we are seeing now is just the latest episode.”

Ray Dalio, who is married and has three other children, thanked his followers and said he doesn’t plan to speak publicly about Devon’s death moving forward. As of Friday, his message had received more than 5,000 likes and nearly 500 comments.

Devon Dalio was a married father of one. He co-founded P-Squared Management Enterprises, a Greenwich-based private equity firm, the Greenwich Sentinel reported. His past included working at Bridgewater Associates and serving as co-CEO of the Dalio Family Office. He also served as a Dalio Foundation board member.