Brilliant in burnt orange! Queen Letizia of Spain stuns in £160 Zara dress as she attends the ceremony of Gold Medals for Merit In Arts in Tenerife

Queen Letizia of Spain looked sensational in a fitted orange dress as she stepped out with her husband King Felipe in Tenerife today.

The Spanish royal, 50, opted for £160 Zara garment as she attended the ceremony of the Gold Medals for Merit In Fine Arts 2021 at the Tenerife Arts Space.

The mother-of-two’s stylish high street frock had ruched detailing on one side as well as a slit at the hem.

The Spanish Queen paired her sophisticated dress with some suede black heels and diamond drop earrings. 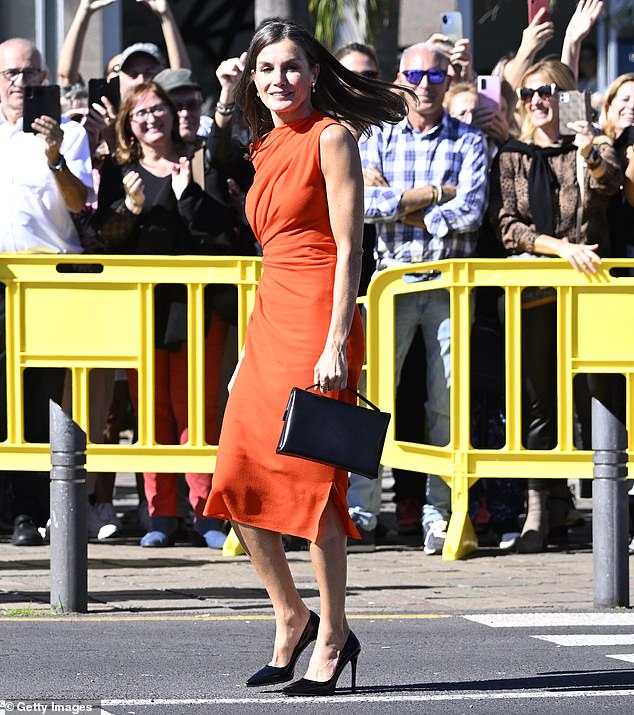 In her typical chic fashion, the Spanish Queen wore her dark hair loose and in a side parting.

She opted for neutral eyeshadow with a bronzed lip as her and Felipe joined Minister of Culture and Sport, Miquel Iceta on stage for the presentation of the awards.

Queen Letizia and King Felipe beamed as they were greeted by excited crowds at the venue in Tenerife.

The Gold Medal for Merit in the Fine Arts is awarded by the Spanish ministry of culture to individuals or organizations excelling in artistic and cultural works. 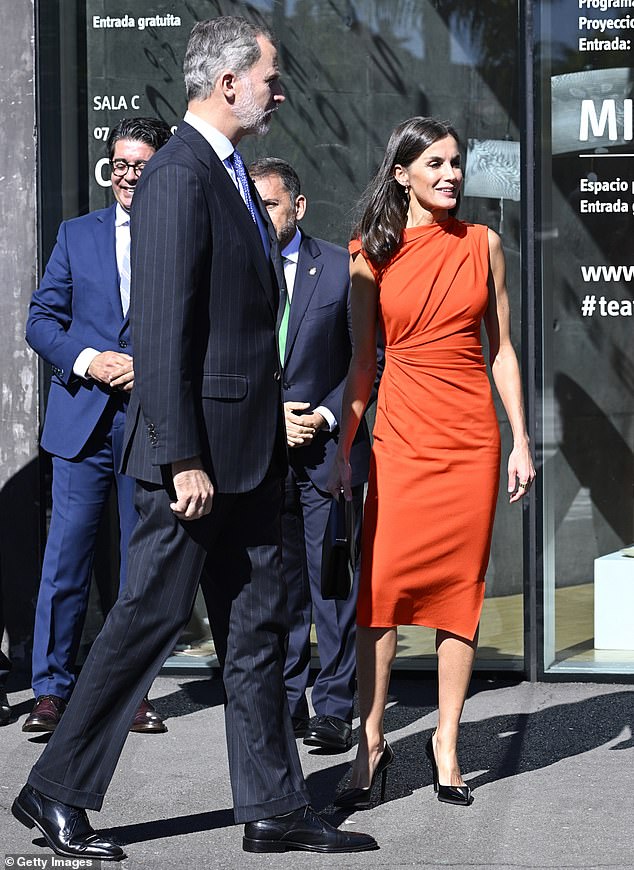 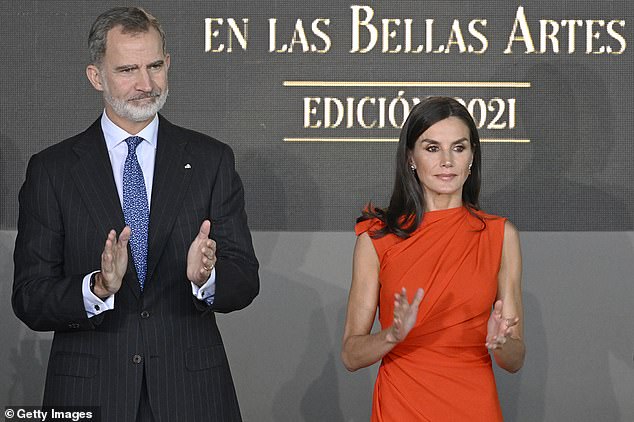 The stylish Queen, pictured here with her husband, wore a stunning burnt orange dress with ruched detailing for the ceremony

It is also given to those who provide valuable services in the promotion of art and culture along with the conservation of the artistic heritage.

For the annual event today, the royals were joined also by Ángel Víctor Torres, President of the Canary Islands.

Spanish composer Juan Muñoz was among the recipients of the Fine Arts awards, which was presented to him by the King and Queen.

But this isn’t the first awards ceremony they’ve attended this week. On Wednesday Felipe and Letizia attended the 39th annual Francisco Cerecedo Journalism Awards, in Madrid. 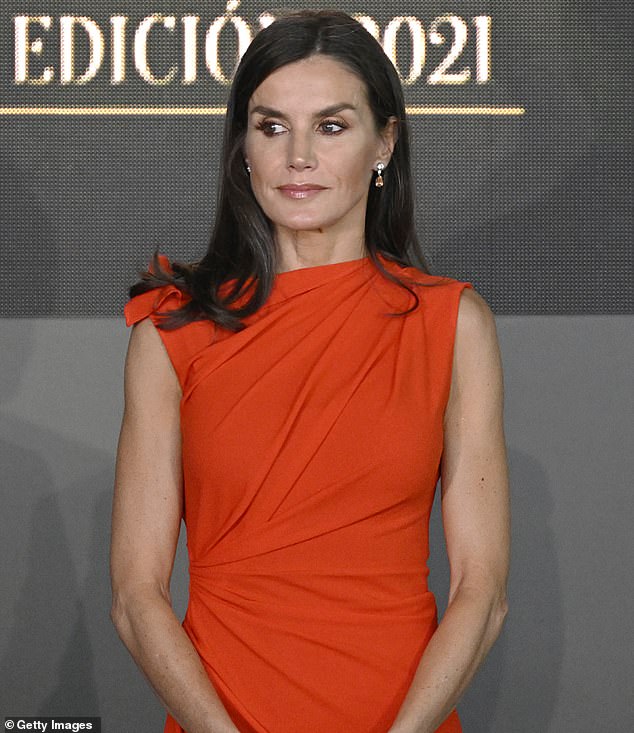 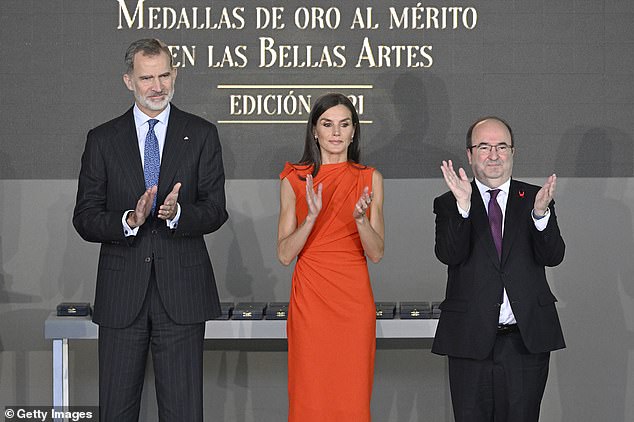 King Felipe and Queen Letizia were joined on stage by Minister of Culture and Sport, Miquel Iceta 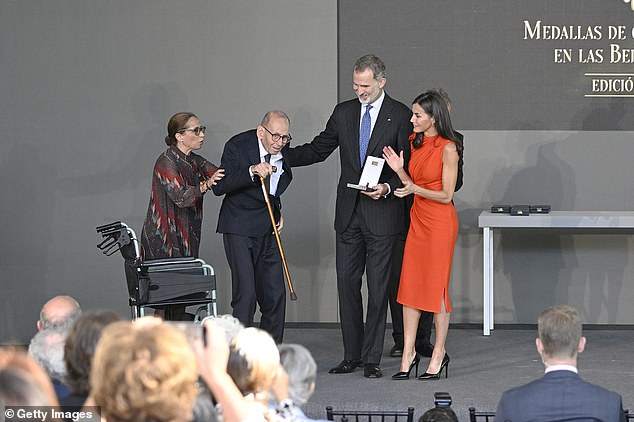 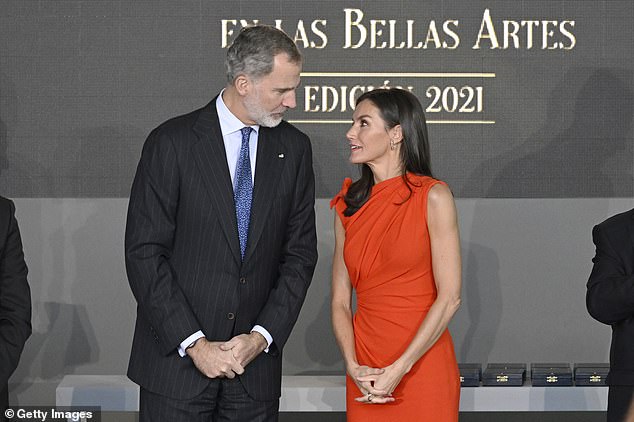 The mother-of-two looked polished as she showed off her toned arms at the event in the Spanish capital.

Her phenomenally toned, enviable arms were on show as she strolled alongside her husband in the short-sleeved dress, which she has worn twice before.

Last year she appeared at the 70th edition of the Planeta Novel Prize at the National Art Museum of Catalonia wearing the gown – with the addition of a face mask in line with Covid regulations. 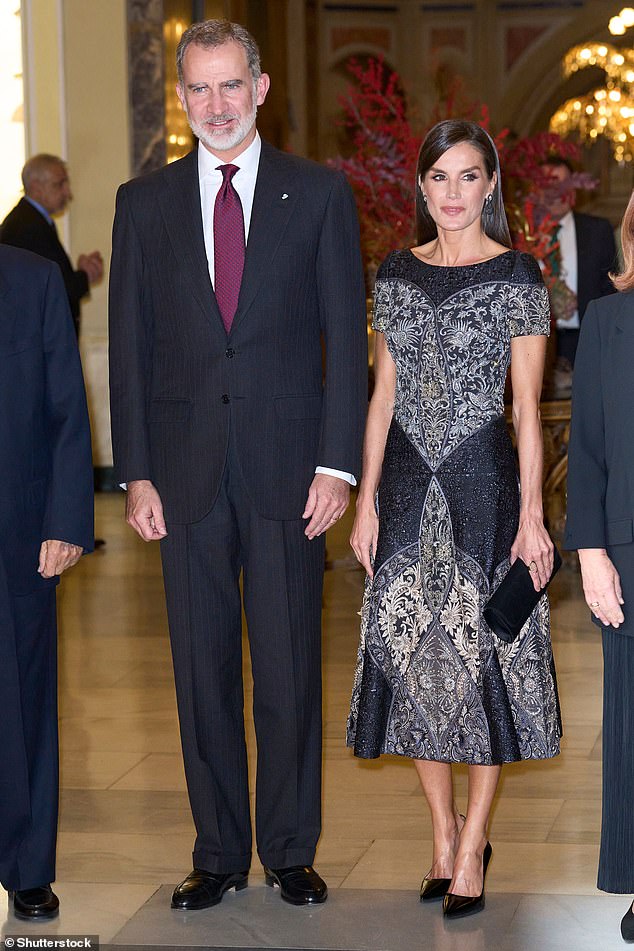 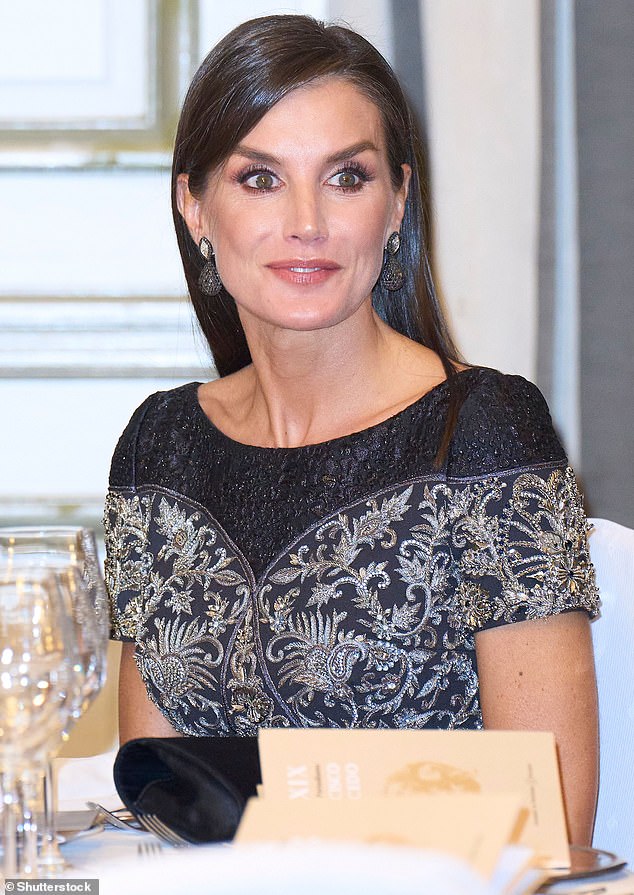 The Queen, 50, paired her stunning gown with a black clutch bag and black stilettos to complete her evening look

The Spanish Queen was a former journalist herself, and met her husband during an interview in the early 2000s.

Her journalism career saw her report from Washington, in the US, Guadalajara in Mexico and Iraq during the war.

She also broadcast live from ground zero after the 9/11 attacks in September 2001.