Home » Lifestyle » Can Australian Idol 2.0 replicate the success of the original?

Here's the thing: there are no new ideas in television. Before Desperate Housewives there was Peyton Place. Before Riverdale there was Twin Peaks. And just about everything in the crime genre since 2010 has knocked something off the Danish masterpiece Forbrydelsen.

But it is in the unscripted realm that the gene pools are murkiest, with fewer ideas recycled more often for a new audience. Hardly surprising, then, that with each new clone the DNA breaks down a little more. Even less surprising is that television, an unrelenting and forgetful monster, always goes back for a second bite.

Australian Idol first aired in 2003. It was, by no means, the first TV talent show. That was Original Amateur Hour on American television in 1948, and it was a doozy. The contestants included Gladys Knight. And knocked out in the pre-competition rounds – what we now call "auditions" – was none other than Elvis Presley. Talk about a TV gaffe. 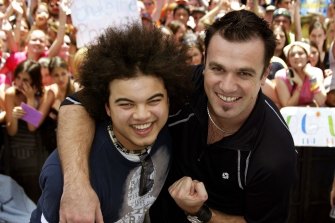 Guy Sebastian and Shannon Noll have both enjoyed lengthy careers following their appearance on Australian Idol in 2003.Credit:Sharon Smith

Over the years the same format has danced in a number of disguises, with names including Star Search, New Faces, Young Talent Time and Popstars. But it was Australian Idol, or rather, its British format progenitor Pop Idol, which carved itself indelibly into the cultural bedrock. In the early 2000s it did exactly what all exhumed TV formats have to do in order to survive: it persuaded the audience that everything old was new again.

The Australian adaptation of the format pulled weekly audiences in the millions and, in a giddy moment rarely duplicated in today's more fractured channel environment, it drew an astonishing 3.3 million people to its final episode, in which singer Guy Sebastian was crowned Australia's first Australian Idol.

What is more revealing, however, is not that the ratings were immense, but rather who the first and second seasons of Idol's seven year life catapulted into the spotlight. Sebastian won the first season, but other contestants including Shannon Noll, Rob Mills, Cosima De Vito and Courtney Act landed on their feet with successful post-Idol careers. Casey Donovan won the second and runner-up Anthony Callea has become one of Australia's most successful recording artists. 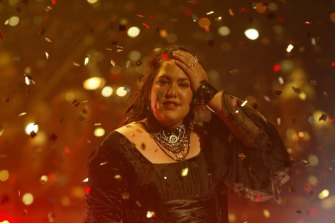 Later seasons not only delivered ever-diminishing returns in terms of ratings, but they also struggled to launch recording artists with endurance comparative to Sebastian, Callea, Mills and others. Genre fatigue can be blamed for some of that, but even with formats such as The Voice, which focus on artistry, there is a sense that the show, as with others, struggles to produce lasting commercial recording artists.

As a result of the success of its early winners and contestants, Australian Idol, the first time around, left us with a powerful creative legacy. Not so much in the countless imitators which followed, though there were plenty of those: The X-Factor, Australia's Got Talent, The Voice and The Masked Singer. Rather, Australian Idol taught a powerful lesson in how to rewrite the copybook and persuade the audience they're sitting down with an entirely new bestseller.

In the distantly related food genre, a similar story is told. Masterchef was not the first cooking show. In Australia, as far back as the '50s, Willi Koeppen and Jean Bowring were hosting television cook-ups. Commercial television in the '70s had Bernard King. And the ABC in the '90s had Ian Parmenter's Consuming Passions. Intertwined throughout are people like Lyndey Milan, Maggie Beer and the legendary Margaret Fulton.

And yet when Masterchef Australia landed in 2009 it was a smash hit. Pure, sharp and creatively sound, it was everything we'd seen before, and yet it was like nothing we'd seen before. So much so that the format itself remained the show's star, transitioning three new judges, chef Andy Allen, food critic Melissa Leong, and restaurateur and chef Jock Zonfrillo, into the series after a decade this year without even a wrinkle in its creative continuity. 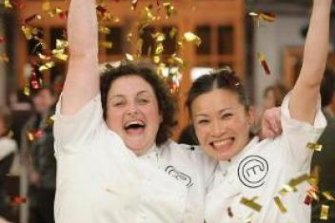 Australian Idol 2.0 lands almost two decades after the original launches, and in a very different market. As a result it faces some very specific challenges.

Genre fatigue is one, coming off the back of the slow fade of the X-Factor, Australia's Got Talent and The Voice formats in recent years. Tougher too is the commercial environment for launching new recording artists. And as the many knock-offs have shown over the years, if you can't get your winning artists a no.1 single off the back of the grand final, you've probably not got a strong enough hand in the game.

On its side, however, is the fact that in format terms it is almost a template: gimmick-lite, elegantly simple, clearly focused and equipped with a strong brand name. The Block is one example such a template format. Masterchef is another. Big Brother too. It's a very short list from which almost all other formats spring. My Kitchen Rules from Masterchef. House Rules from The Block. Love Island from Big Brother.

Also on its side is that the only people with shorter television memories than television executives are television viewers. Packaged smartly, delivered sharply and not overcooked in the way that too many television formats are, Australian Idol 2.0 has a shot at success.