Home » Lifestyle » Channing Tatum & Jessie J Are Spending Time Together Again After Split: Why It ‘Makes Sense’ For Them

Channing Tatum & Jessie J Are Spending Time Together Again After Split: Why It ‘Makes Sense’ For Them 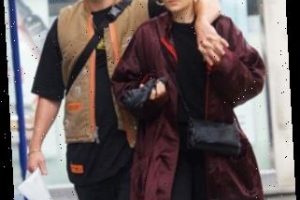 Channing Tatum and Jessie J shocked fans with their November split. The pair dated for one year, and went public with their romance after his divorce from Jenna Dewan.

Channing Tatum, 39, and Jessie J, 31, may be broken up — but they’re still spending time together! “Jessie has been back in LA for a couple of weeks, so it makes sense they’re spending time together,” an insider spills to HollywoodLife EXCLUSIVELY. “They really care about each other and have a deep connection. That never died. The issue was the long distance. Jessie made an effort to come to L.A. and they organically started hanging out again. She is very happy but, for now, they are taking it as it comes and just enjoying the moment with each other instead of getting hung up on labels or the future,” the source continues.

The couple shocked fans with their November split after one year of dating. Channing and Jessie took their romance public in Oct. 2018, just months after he announced his divorce from ex-wife Jenna Dewan. Since the split, the pair have been actively following each other on social media — with Jessie even making a flirty comment on one of this posts. “I wanted it to cut to you doing ‘Pony’ at the Sydney Opera House so bad Chan…” Jessie hilariously wrote on his post promoting the Magic Mike tour in Australia, referencing, of course, Ginuwine‘s classic tune “Pony.”

“Channing and Jessie understand that they will have people talking about their relationship status being seen together but the fact of the matter is that they are friends and are seeing where things are going to take them in the future,” a second insider adds. “They aren’t worried about drama and are only interested in what is best for them. Being friends works for them right now and when and if something changes then they will be happy with how it all turns out.”

Since the split, Channing is seemingly playing the field and was even spotted on VIP and “celebrity” dating app Raya. With a montage of photos sent to D’Angelo‘s sexy tune “Brown Sugar,” we’re sure Channing won’t have a problem finding a date! Regardless of what happens in his love life, though, our second source maintains that he’ll keep a friendship with Jessie. “One thing to consider is that they will never stop being friends whether they start dating again or date others,” they added. “They care too much for each other to have any issues whether it gets romantic again or not.”