Christina Haack continues to fuel rumors that she is engaged to boyfriend, Joshua Hall, by sporting a large, diamond ring on her left hand.

The “Flip or Flop” star, 38, was spotted in photos exclusively obtained by Page Six hanging out on a balcony in San Diego, Calif., earlier this week with her realtor-beau — who she claims to have met after a night of smoking toad venom. 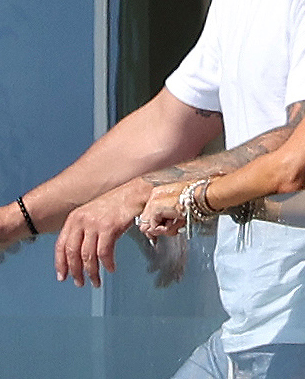 Haack can be seen resting her left hand on the ledge, and although it was covered with bracelets, a giant sparkler is clearly visible.

She and Hall were dressed down in casual attire — both in white shirts, shorts and caps — for their West Coast getaway.

The mother of three posted a photo of Hall on a beach on Instagram Tuesday with the caption, “He had me at that hair,” and a heart-eye emoji.

Haack first sparked rumors that she and Hall were engaged by accidentally posting a photo of her wearing a diamond ring — similar to the one in the new pics — back in August.

However, at the time, she quickly deleted the photo — only to share a very similar image sans ring. The latter pic is the one that still appears on her profile to date.

At the time, a rep for Haack declined to comment on the photo mishap, and did not immediately respond to our requests for comment on the newly released photos. 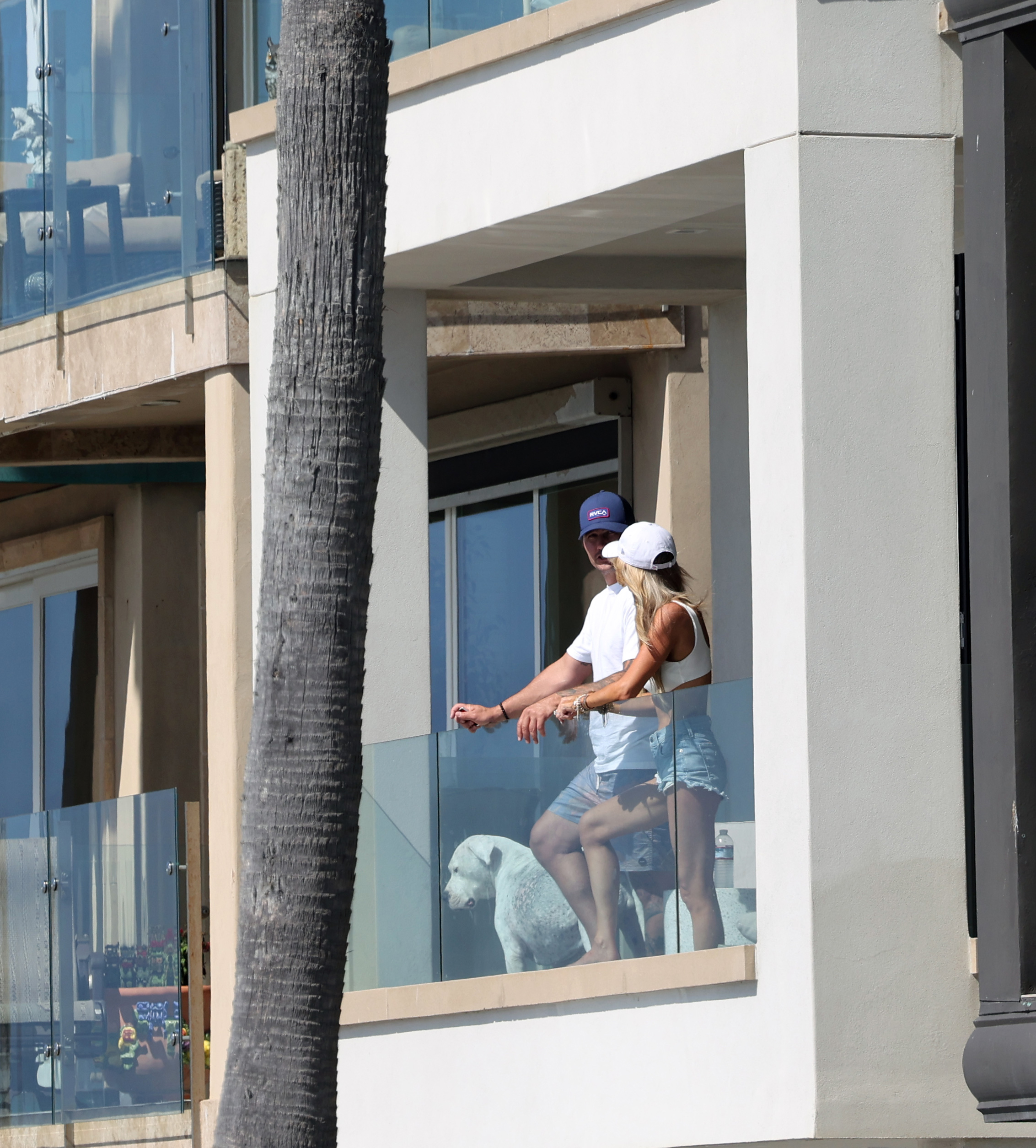 Page Six exclusively confirmed in July that Haack and Hall had “been dating for the last few months” after being spotted together at LAX Airport.

We were told at the time that the new couple were heading to Mexico to celebrate Haack’s birthday.

The reality star announced in September 2020 that she was separating from her second husband, Ant Anstead.

She officially filed for divorce from the “Wheeler Dealers” alum, 42, two months later. The former couple, who share 1-year-old son Hudson, finalized their divorce in June. 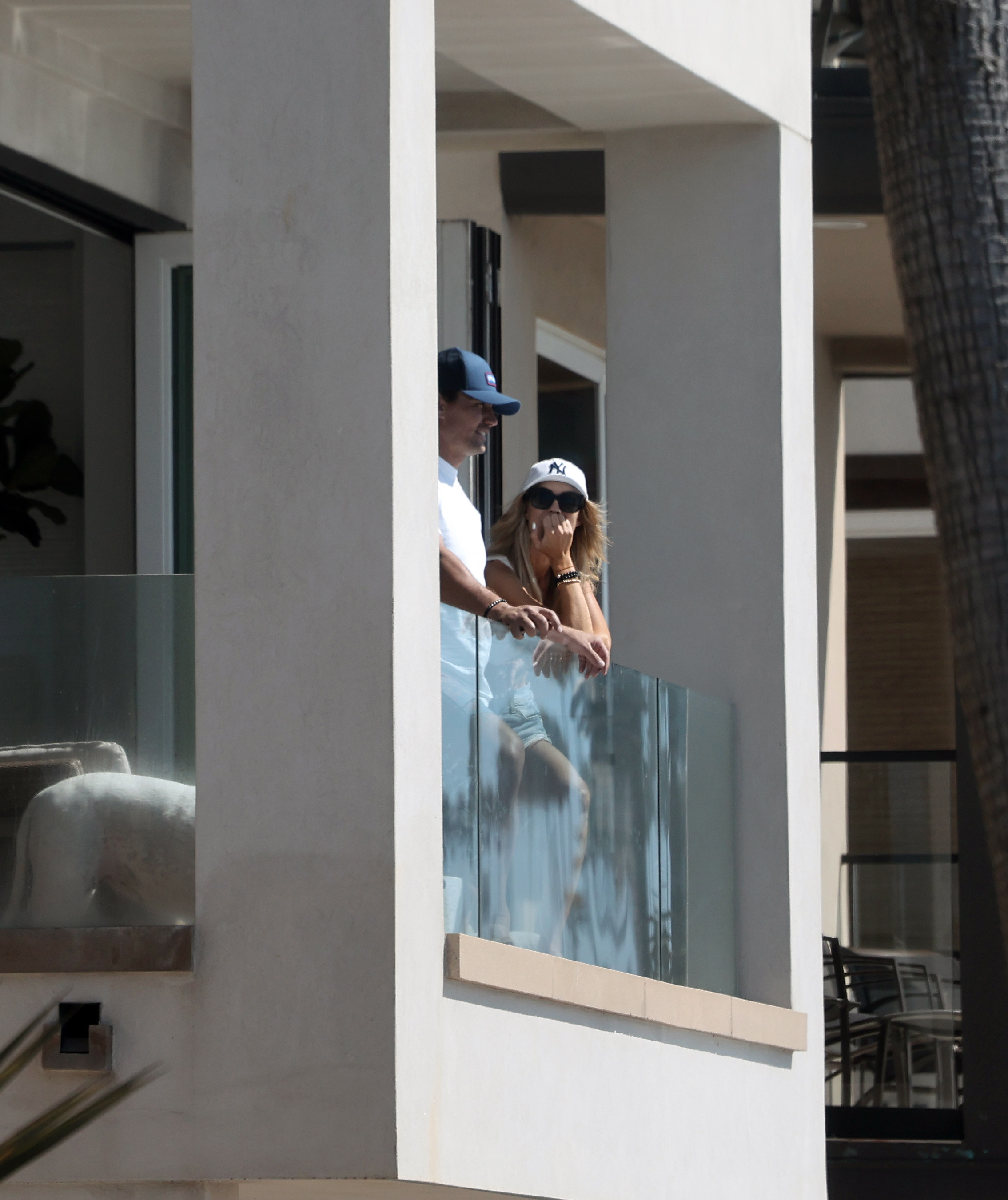 Haack was previously married to her “Flip or Flop” co-star, Tarek El Moussa, with whom she shares 10-year-old daughter Taylor and 5-year-old son Brayden. They were married from 2009 to 2018.

The HGTV star revealed on social media over the summer that she met her new man during a strange trip in which they smoked hallucinogenic venom from a species of toad.

“The synchronicities hit us so hard and fast they were impossible to ignore,” she wrote on Instagram. “I felt immediately crazy protective over him and wanted to keep him for myself and get to know each other before the tornado (media attention) hit. We’ve had a few solid months of just us getting to know each other and I’ve loved every second of it.” 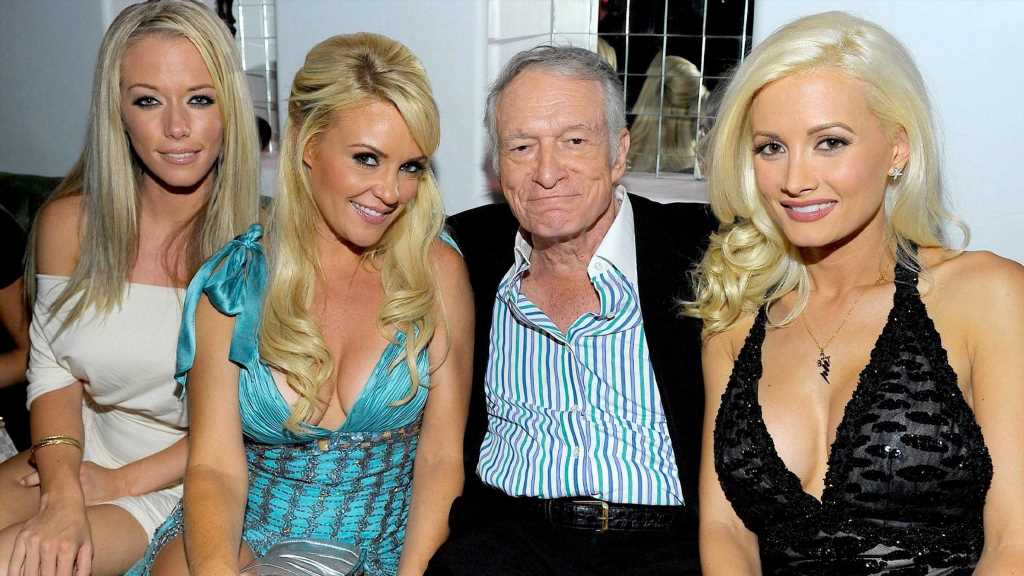 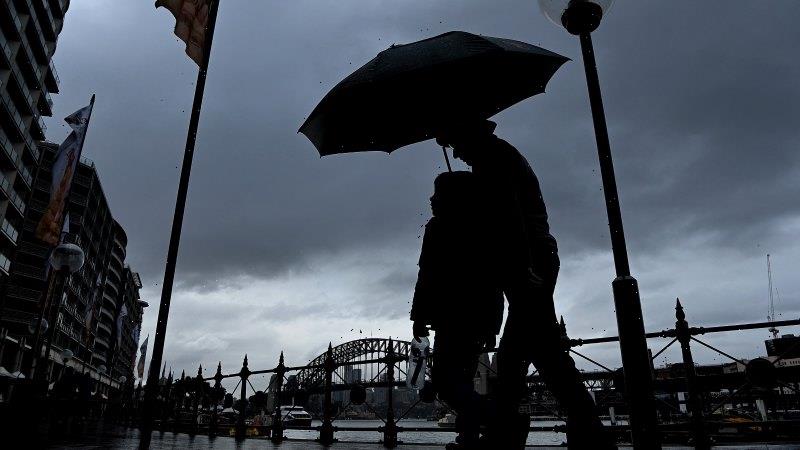