Christmas tree supply in 2022: Will drought affect the holiday season?

Celebrity chef David Burke joins ‘Mornings with Maria’ to share recipes that will make Christmas dinner one to remember.

Ongoing droughts throughout the U.S. are hurting some Christmas tree farms, but these harsh conditions might only spell trouble for future holiday seasons in certain regions rather than nationwide this year.

Christmas trees are typically planted in early spring and take about eight to 10 years – give or take depending on the tree species – to grow to a marketable height, according to Tim O’Connor, the executive director of the National Christmas Tree Association, which is based in Littleton, Colorado.

"Future Christmases are not in jeopardy," O’Connor told FOX Business on Monday.

THIS IS THE MOST COMMON DAY AMERICANS DECORATE FOR THE HOLIDAYS

"Often Christmas tree growers will plant more than one seedling for every tree they harvest because they're anticipating some mortality in the transplants because it's just kind of the nature of transplanting little trees, some of them won't make it even under the best conditions," he explained. 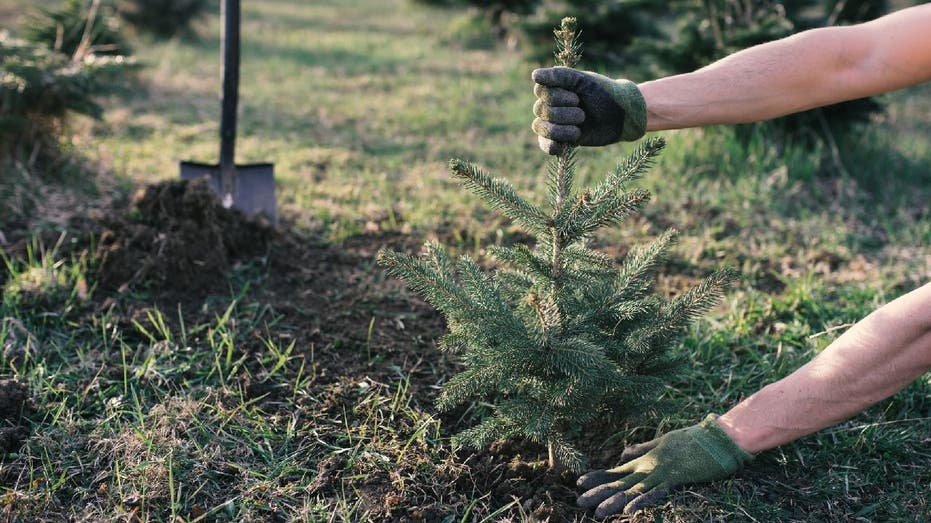 Christmas trees are usually planted in the spring, but they can also be planted in the fall, according to Tim O’Connor, the executive director of the National Christmas Tree Association. (iStock / iStock)

"So, they overplant a bit knowing that there'll be some loss, and they want to manage the survival rate to have enough for their crop 10 years later," O’Connor continued.

Christmas tree growers who plant their trees in an extremely dry year usually plant new seedlings in the fall for every tree that dies, O'Connor said.

"Typically, in the fall, the weather's a little cooler and wetter and there's a higher survival rate of fall planted seedlings," he said. "So, growers can adjust on an annual basis."

CATS AND CHRISTMAS TREES: WHY PET EXPERTS SAY YOU SHOULDN'T SCARE FELINES AWAY

Production practices and other outdoor conditions impact the health of a Christmas tree, which could include the tree variety it comes from, the soil type it was planted in and the climate or elevation where it’s grown in, O’Connor said.

"It's a very national business and growing conditions in one part of the country are very different from another," he continued.

"The bottom line is if you had a spring and even a fall where seedlings promptly got planted [and] had a rough time that wouldn't mean that 10 years later there's going to be a whole lot less Christmas trees because other parts of the country might not have had that same experience and could fill in the gap," O’Connor said. 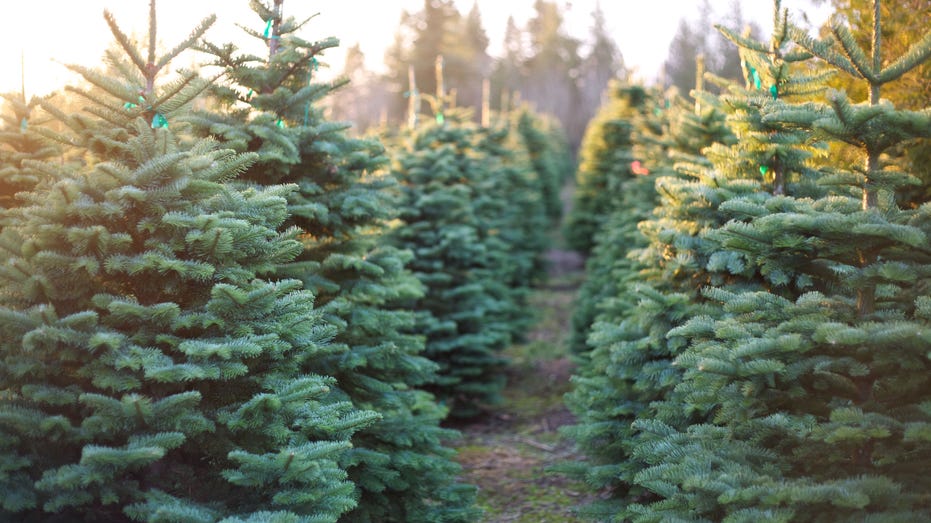 Christmas trees are an evergreen plant, meaning it remains green through more than one growing season. (iStock / iStock)

O'Connor said growers can plant more trees "a year afterward" which will then grow faster than others – thus filling in those gaps for the trees that didn't meet expectations on growth or survival.

"So, it's really not a situation where one year's weather has a huge impact on the business when you look at the totality of the country."

20% AMERICANS HAVE REPORTEDLY GOTTEN HURT WHILE SETTING UP CHRISTMAS TREES IN 2020: SURVEY

On a local level, O’Connor said some Christmas tree farms might be facing drought-related losses of seedlings and saplings this year, it would take excessively hot dry weather for a long period of time to destroy a fully-grown Christmas tree.

He added that consumers will likely not notice a supply issue if they purchase their trees from a retailer, but they might notice a potential limited selection if they prefer to buy their Christmas trees from small farms that are about an hour’s drive away from where they live.

However, this would only happen at farms that have been hit hard by drought.

"It does impact individuals. You will find somebody if you go looking whose particular farm had a major impact, no doubt," O’Connor said. "But, as a whole industry, there's going to be other places to buy Christmas trees and there are going to be millions and millions of trees available, and it's just not going to be very affected by the weather at all." 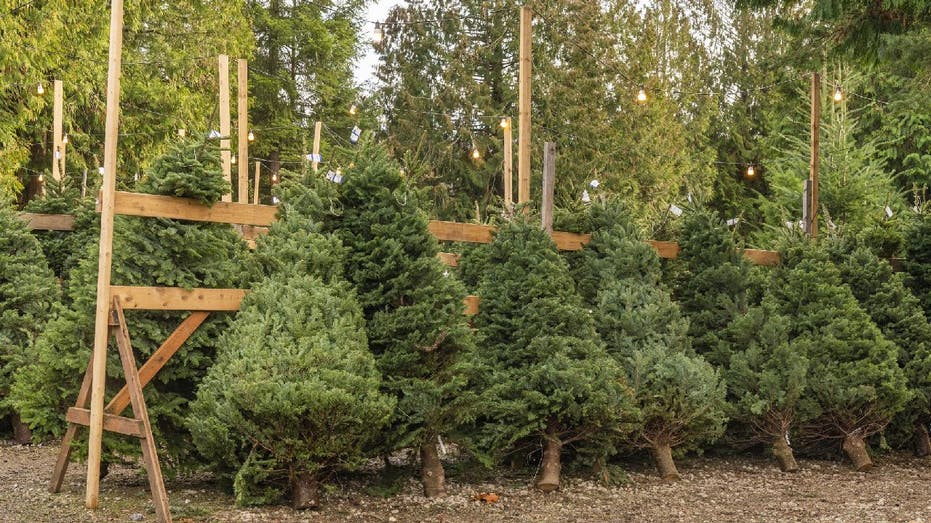 Christmas trees take up to 10 years to mature. (iStock / iStock)

O’Connor said "a lot of Christmas trees" are sold precut and are grown in one of the major tree-producing states: Pennsylvania, North Carolina, Michigan, Wisconsin, Washington and Oregon.

He added that wholesale growers and buyers are "very sophisticated" and "know how to supply the national marketplace."

The Christmas tree shopping season tends to start the day after Thanksgiving and many American families like to put an eight-foot tree in their home ahead of holiday gatherings, according to O’Connor.

"What consumers like is kind of based on what they typically find when they go to buy," he said. "Shorter needle fir trees have become the most popular, but it will have a different name and look slightly different but similar when you're shopping east versus west."

There are several other tree species that have been bred by Christmas tree farmers, but they are location-dependent.

"Now there's still long needle pine trees available and there are plenty of people who like them and will buy them but the majority of the trees you'll find will be shorter needled and fir trees," O’Connor told FOX Business.

If a consumer has a hard time finding a Christmas tree at a price that they’re comfortable with, O’Connor said buying a tree with a "bit of imperfection" might help. 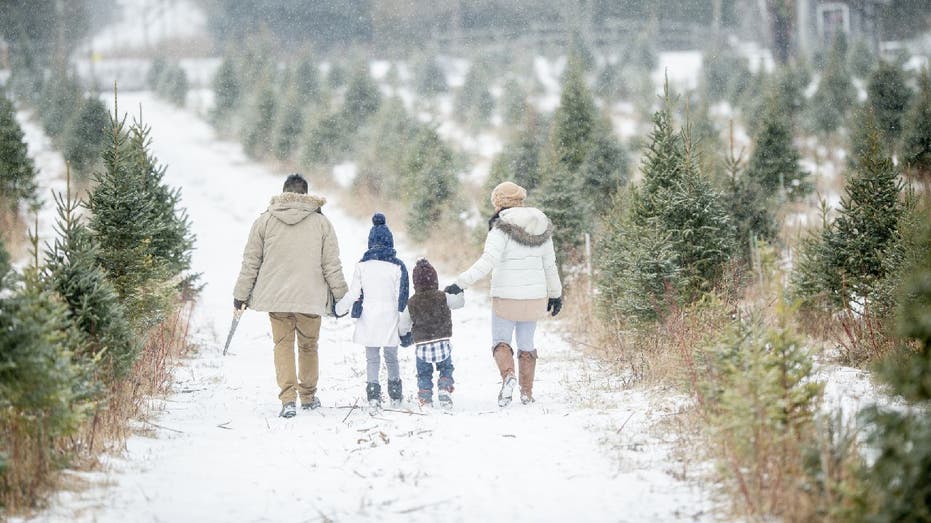 Chopping down a Christmas tree at a local farm is a longstanding tradition in some families. (iStock / iStock)

"You can turn a bad side into the wall, or you can have a story to tell about your Christmas tree from 2022 that's a memorable one."

The National Christmas Tree Association says Pennsylvania, North Carolina, Michigan, Wisconsin, Washington and Oregon have long been top producers of holiday saplings, and regions in each of these states are experiencing higher than normal temperatures, according to data from the U.S. Drought Monitor – a weather map produced by the National Drought Mitigation Center, the U.S. Department of Agriculture and the National Oceanic and Atmospheric Administration.

"Current drought conditions will likely have lasting impacts on many farm and ranch operations in the western part of the U.S.," AgAmerica’s Senior Director of Partner Relations Curt Covington told FOX Business.

"We are seeing signs of improvement in the drought impacting agriculture in the west and [states in the Great Plains] as they have seen a couple inches of rain over the past week," Covington continued. 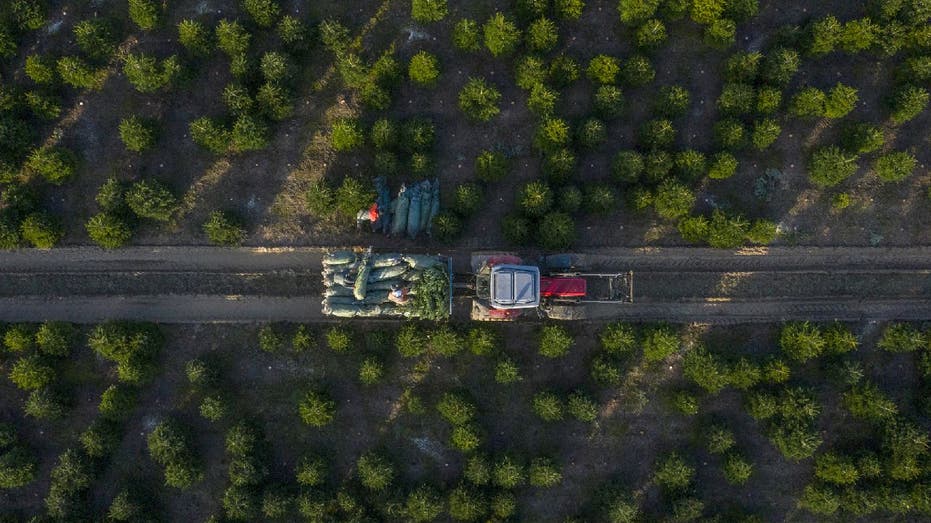 Covington said it’s possible that "just like everything else," the cost of Christmas trees might go up in some regions due to supply and demand, increased input costs and the cost of transportation.

"This year, we may see fewer Christmas trees due to drought and wildfires from previous years and the drought this year," Covington concluded. "To help save money, consumers may downsize the tree they select or buy late in the Christmas season when suppliers try to get rid of their seasonal inventory."