Home » Dad panics when he sees baby playing with tarantula: Watch the video 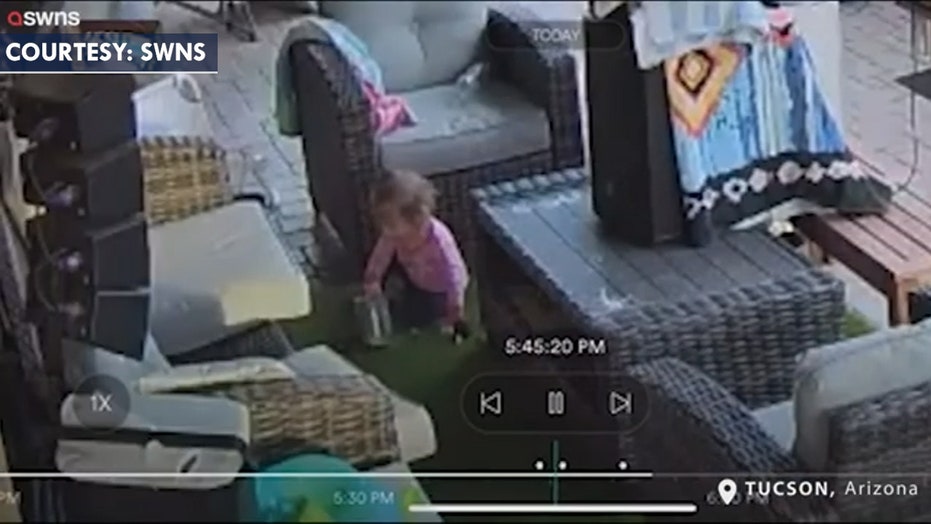 David Lehman, from Tucson, Arizona, was shocked when he realized his 18-month-old daughter was playing with a huge tarantula.

A dad jumped right into action when he realized his young daughter was playing with a huge tarantula — and the moment was caught on video by the family’s backyard camera.

David Lehman, 36, from Tucscon, Arizona, told Fox News that when he walked into the backyard earlier this month, he noticed his 18-month-old daughter, Blake, was sitting on the ground, playing with a coffee can.

When he asked her what she was playing with, he said she responded by saying: “Bug.”

“She’s just learning how to talk, she’s one and a half years old,” Lehman told Fox, adding later: “Right now, there’s a bunch of beetles everywhere… so when she’s saying ‘bug,’ I’m thinking ‘ah, cool, you caught one of those little bugs.’”

According to Lehman, she then picked up the coffee can and showed him what was inside — though it wasn’t exactly a tiny insect.

“When she showed it to me, I was just like… that’s not a bug,” Lehman said. “That’s a tarantula. And it looks so much bigger next to a baby hand.” 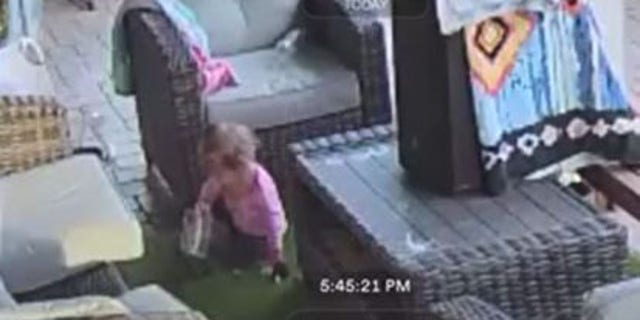 David Lehman told Fox News neither the baby nor the tarantula was hurt in the incident.
(SWNS)

In the video, as soon as Blake shows Lehman the “bug,” Lehman immediately screams and jumps, trying to knock the coffee can out of his daughter’s hand. Instead, Blake went down with the coffee can.

“I forgot about that baby grip, how strong these kids are,” Lehman said. “When I hit [the can], she held on.”

He explained that they have some artificial grass where Blake had been playing, so she wasn’t hurt in the fall. Although, Lehman said the spider did land on her shoulder.

In the clip, Lehman picks Blake up — without the spider — and takes her a few steps away.

“It shocked me,” Lehman said of the moment. Once he was able to calm down, Lehman said he realized how funny his reaction was.

“Like you’ve got this one moment to be the brave dad and that’s what you did? Are you kidding me?” he said.

Though Blake is crying at the end of the clip, Lehman said she recovered quickly.

“Five minutes after that, she was cool,” Lehman said.

He explained that after everyone calmed down, the family caught the spider and let it go.

“No spiders were harmed during this and neither was the baby,” Lehman said.

However, Lehman joked that his pride might still be a little hurt.

“That’s my most embarrassing moment ever, I think,” he said.