DAN WOOTTON: I’m happy to say I’ve changed my mind about King Charles III. After his pitch-perfect handling of his mother’s death, no wonder there’s been a huge surge in public support for him

Admittedly somewhat irrationally, I had long convinced myself the late Queen (now Elizabeth the Great to me) would live for another decade at least.

Perhaps I did so because, as I expressed honestly to you over the past few months, the prospect of King Charles III filled me with a sense of impending dread and fear about the future of our precious monarchy that I believe is so important for this United Kingdom and the Commonwealth.

While I will not shy away from my criticisms of the former Prince of Wales – the revelations including accepting banknotes from a Middle Eastern dictator in a Fortnum & Masons bags and railing against the government’s important Rwanda policy were deeply concerning – never have I been more delighted to admit I may well have been wrong.

King Charles, deep in his own incalculable grief for his ‘mama’, has given himself to the British people in a way that I have found deeply emotional and convincing.

While his mother is peerless, I feel what Charles has done, with the face time, the hugs and even the kisses, is reach out to the public in a way that suggests he will be a more hands-on monarch.

His worth ethic this week has been truly phenomenal – like a force of nature, this 73-year-old knows he’s been waiting his entire life for this moment and nothing will hold him back now.

And it’s made a difference – on the biggest stage he will ever have, Charles has been pitch perfect, from pledging to remain apolitical and stop campaigning for controversial issues in his King’s Speech, to taking control of the wayward members of his family, there hasn’t yet been one misstep.

It’s not just me undergoing this sort of re-evaluation of Charles these past five days of national mourning.

New polling from YouGov released today reveals an unprecedented surge in support for the new monarch. 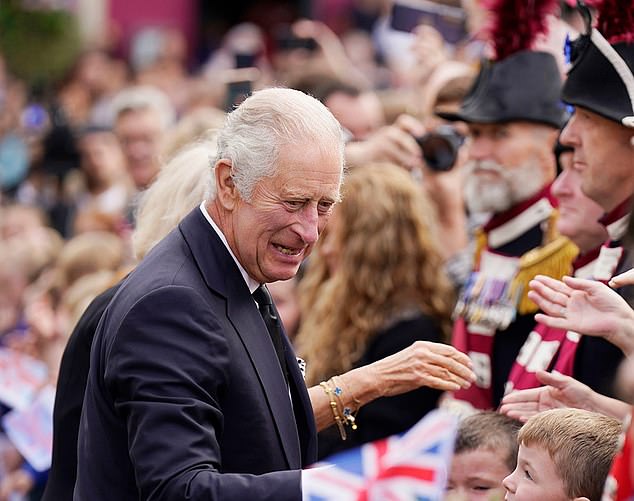 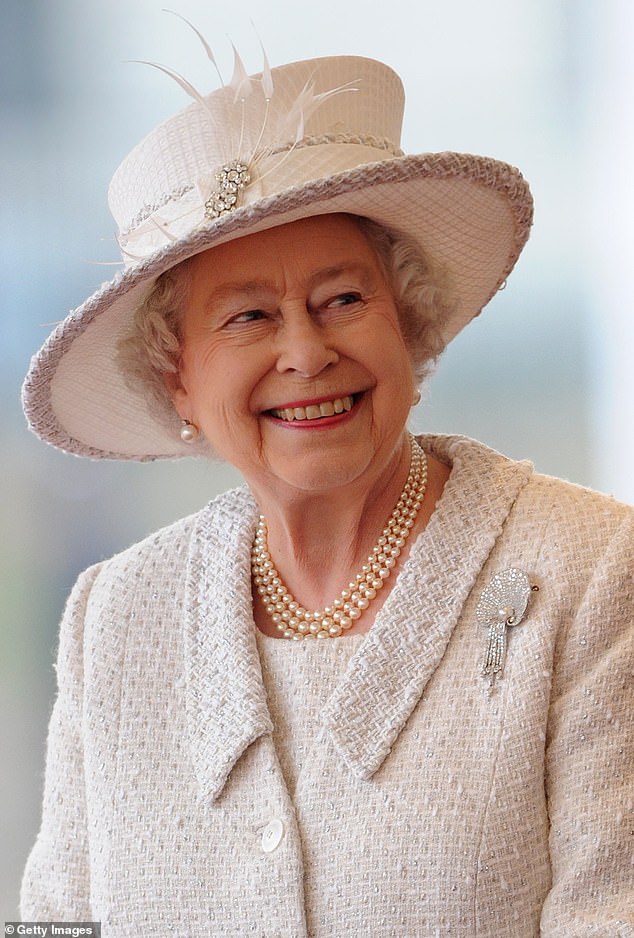 Within days of the Queen’s death, the public’s evaluation of Charles has completely flipped

In March just 39 per cent predicted Charles would be a good king, while 31 per cent thought he would be bad in the role.

But within days of his mother’s death, the public’s evaluation has completely flipped.

Now 63 per cent think he will be a good king, with only 15 per cent saying he will do a bad job.

Despite republicans desperately hoping the late Queen’s death would lead to a re-evaluation of our political system, support for the monarchy remains stable at 62 per cent, with just 21 per cent calling for a revolution.

Even Camilla, who the public (and, yes, again that includes me) have harboured significant doubts about becoming Queen now has the support of the majority, with 53 per cent saying she will do a good job, with only 18 per cent believing she will be bad.

So while there is no doubt in my mind that Charles has done much in just a few days’ time to overturn years of apprehension about how he’d cope in the top job, now he has to prove he can faithfully stick to his solemn pledges to the British public.

The tests are going to be almost daily.

Take Saturday afternoon when the new King met Sir Ed Davey, the leader of the Liberal Democrats whose long-time opposition to fracking and nuclear energy is at least in part why Britons are facing a devastating energy crisis this winter. 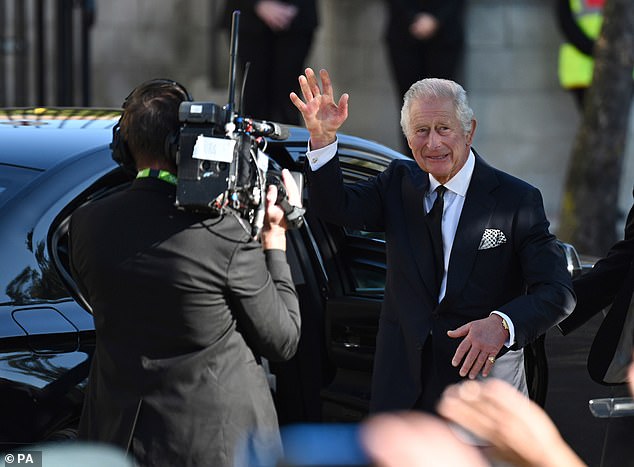 King Charles III waves as he leaves St Anne’s Cathedral in Belfast, during his visit to Northern Ireland 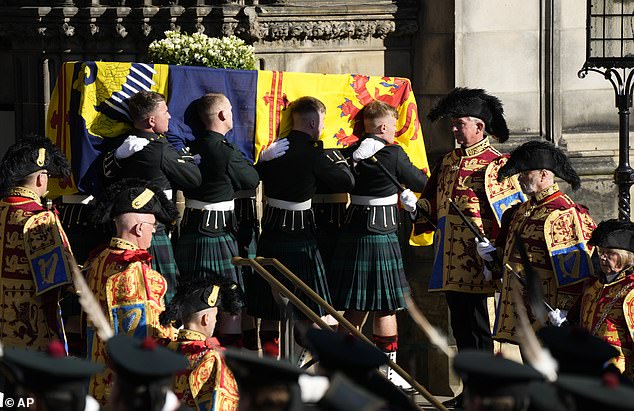 In comments broadcast by TV cameras, the king said to the Energy and Climate Change Secretary from 2012 to 2015: ‘I have not seen you for far too long.’

Davey replied: ‘I would love to come to talk to you about similar issues on the environment and climate change in due course.’

Firstly, what a bizarre opening gambit for a politician to make to a man who less than 48 hours ago lost his mother.

That aside, I hope Charles responded by saying: ‘Sorry, Mr Davey, as I said in my address to my subjects on Friday night, my days as an eco-campaigner who would regularly offer strong political views and lobby ministers are over for the good of the Crown.’

The temptation from the new king to interfere in these thorny issues is going to become even more acute as the energy crisis rightly forces a re-evaluation of our march to Net Zero.

But, as Charles himself stressed in 2018, he is ‘not that stupid’ to continue interfering in politics, no matter how important the issue may be.

Until I see evidence to the contrary, I will trust and support he will stick to this mantra unequivocally.

Sadly, there are intra family crises that could derail Charles soon, which he has far less control over. 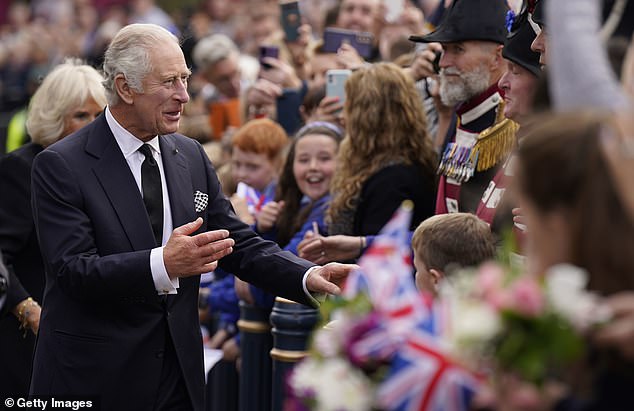 King Charles III is visiting Northern Ireland for the first time since ascending to the throne following the death of his mother, Queen Elizabeth II 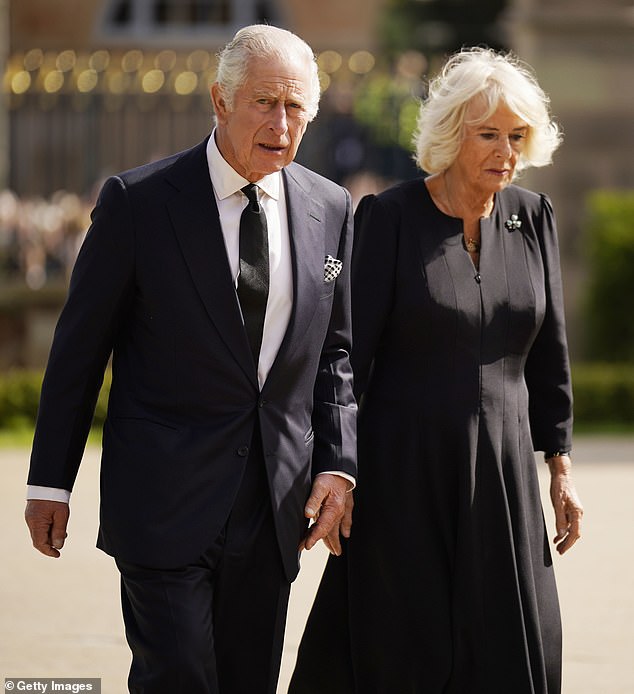 Prince Harry’s biographer Tom Bower revealed on my GB News show last night that the Duke of Sussex is ‘insisting’ his autobiography – expected to include criticism of both the new king and queen – be published this November.

Bower said: ‘I’m told tonight that Harry is insisting that his book is published in November – it’s astonishing. Apparently the publishers are not too certain, but he says if they don’t publish it’s a breach of contract, that’s what I’m told.’

This would mean any sort of honeymoon period for Charles as the new monarch would be short-lived, with the grenades set to be detonated by the book’s release coming even before his coronation.

The stakes could not be higher, with the YouGov poll showing younger Brits, who are far more likely to be influenced by Harry and Meghan, wearier of the idea of Charles as king (46 per cent of 18 to 24-year-olds think he will do a good job, compared with 78 per cent of elderly Brits).

And over a third of the population (35 per cent) still believe Charles should hand over to his son William at some point before his death.

Charles was right to reach out to Harry and Meghan in his king’s speech, by stressing his love for the couple.

But that is not enough – now he must engineer a more fulfilling peace deal that would see Harry agree to withdraw publication of the book out of respect for his grandmother.

If he refuses, surely the time has come for the Sussexes to be stripped of their titles?Managing the expectations of the disgraced Duke of York Prince Andrew, who still harbours ambitions of a comeback, must also be considered to protect the reputation of the monarchy.

Charles also has to harness the hard work and stoicism of his sister Princess Anne and brother Prince Edward, especially given the increasing popularity of his wife Sophie, rightly a favourite of the late Queen.

The next few months for Charles will be the biggest emotional and political test of his life.

The grief our new king suffered after the death of his father – largely hidden from public view – was immense and, at times, overwhelming.

This time last week, I would have doubted if Charles was up to this challenge. But he has thrived in his early days as king and given me the faith to support him through what is going to be a seismic year where he has the chance to secure the future of the monarchy for another generation.