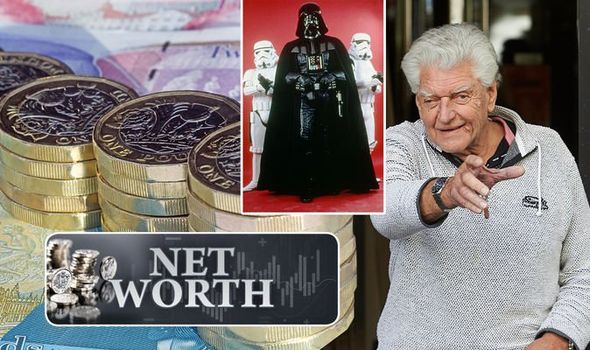 David Prowse had a wealth of films in his acting portfolio but the star was perhaps most famous in his Star Wars role. Prowse, thanks to his tall 6ft 6in stature was chosen to play Luke Skywalker’s father-turned-bad. However, it was American actor James Earl Jones who voiced the black-helmeted Vader.

The actor was described this morning as a “very, very generous guy,” by a Star Wars superfan on BBC.

He was said to have loved meeting his fans, travelling the world, going to conventions signing autographs and talking about his role.

Star Wars director George Lucas originally gave Prowse the choice of being of Han Solo’s loveable sidekick Chewbacca but the bodybuilder chose to be the “most iconic villain in movie history” instead.

So how much money did Prowse earn during his career?

The actor has a net worth of $3million (£2.3million), according to Celebrity Net Worth.