11 celebrity moments in 2021 that are the definition of cringe

The singer, who uses they/them pronouns after coming out as non-binary, took to their Instagram Story on Saturday to debut a new tattoo: a large black spider on the side of their recently shaved head.

“It was Grandmother Spider who taught us many things,” the “Skyscraper” singer, 29, wrote in one of their posts unveiling the ink.

The fresh ink was done by celebrity tattoo artist Dr. Woo, who shared a series of pics to his own Instagram Story.

Interestingly enough, Woo recently gave pal Will Perkins a similar spider tattoo, which had fans buzzing about the potential link to Lovato in the comments.

“@ddlovato we know 👀👀,” one person wrote on Instagram, with another inquiring, “@ddlovato was this your inspo? 😅” 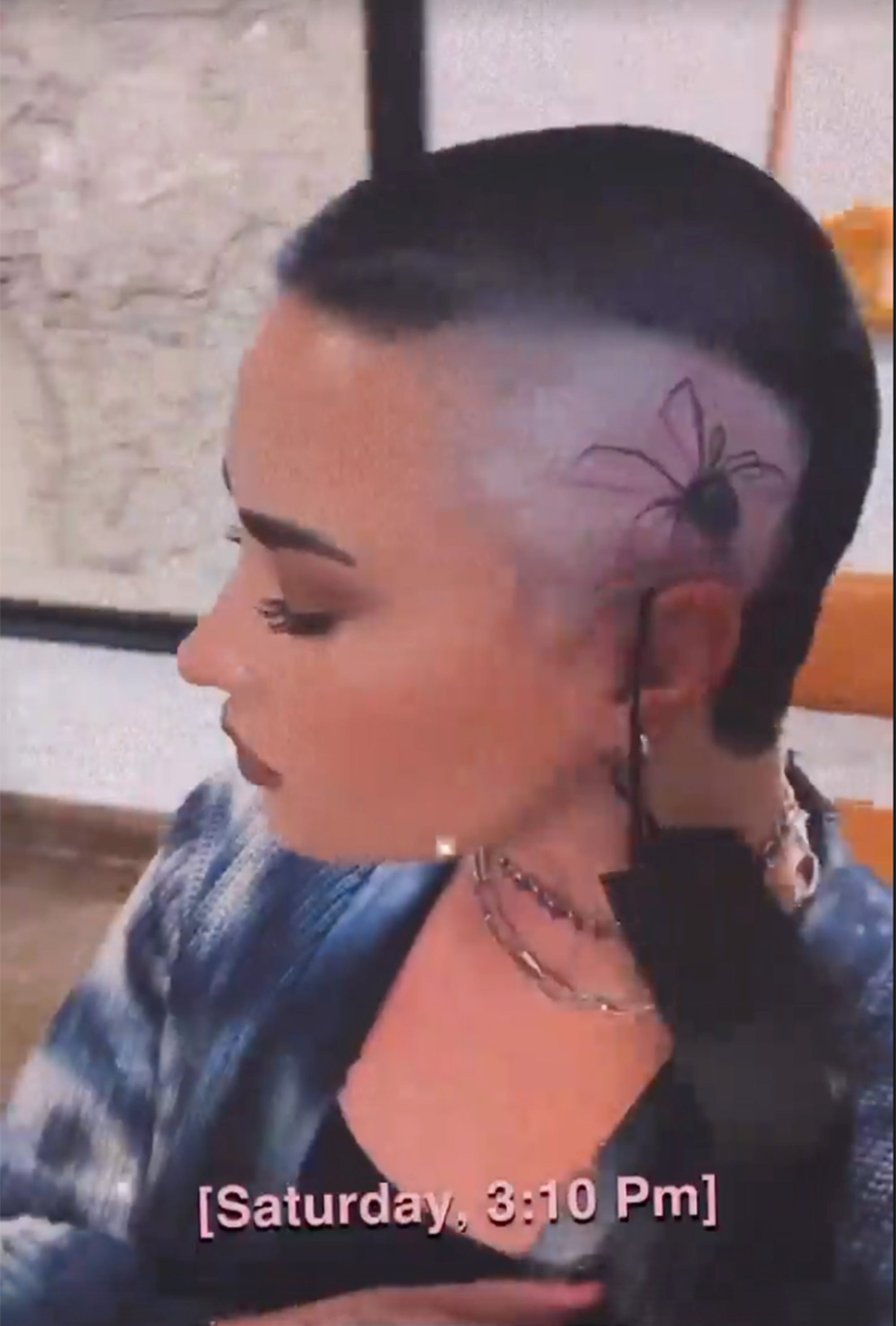 Lovato’s tattoo debut comes just one day after a source told Page Six that the singer completed another stint in rehab. Lovato returned to Utah for treatment, the source said, but is now back home and “doing well.”

The former Disney star announced last month that they were no longer “California sober,” and would be cutting out marijuana and alcohol entirely moving forward in an attempt to live a “sober sober” life.

“I no longer support my ‘California sober’ ways,” explained Lovato, who suffered a near-fatal overdose back in 2018. “Sober sober is the only way to be.”

Reps for Lovato did not immediately respond to Page Six’s request for comment.