Derek Peth & Saffron Vadher Are Engaged & Her Ring Is Stunning

The former Bachelor in Paradise contestant should start prepping for his bachelor party. Derek Peth and Saffron Vadher are engaged! The couple announced the happy news on Instagram on Sunday, Nov. 8. In a video posted on his account, he happily exclaims, "Ohhh!" as he zooms in on his new fiancée’s sparkler.

He also posted a short and sweet message of celebration on Twitter, writing, "she said yes!!!" Vadher 23, is a model who has served looks on the cover of British Vogue and appeared in an ad campaign for H&M.

Bachelor Nation first met Peth, 33, in 2016, when he appeared on JoJo Fletcher’s season of The Bachelorette. He joined Bachelor in Paradise in 2017, where he got engaged to Taylor Nolan. They split in 2018, and the following year, he went back to Paradise, where he dated Demi Burnett and appeared interested in Tayshia Adams, the current Bachelorette.

While Peth and Vadher haven’t publicly revealed when or how they met, they became Instagram official when Peth posted a snapshot of them together for the first time in June. That same month, Vadher shared photos of them quarantining in Iowa, according to E!. Peth has clearly had romance on his mind lately — just hours before he shared their engagement news, he tweeted, "What is the best love song?" and, "Making a mix CD for @saffronvadher." 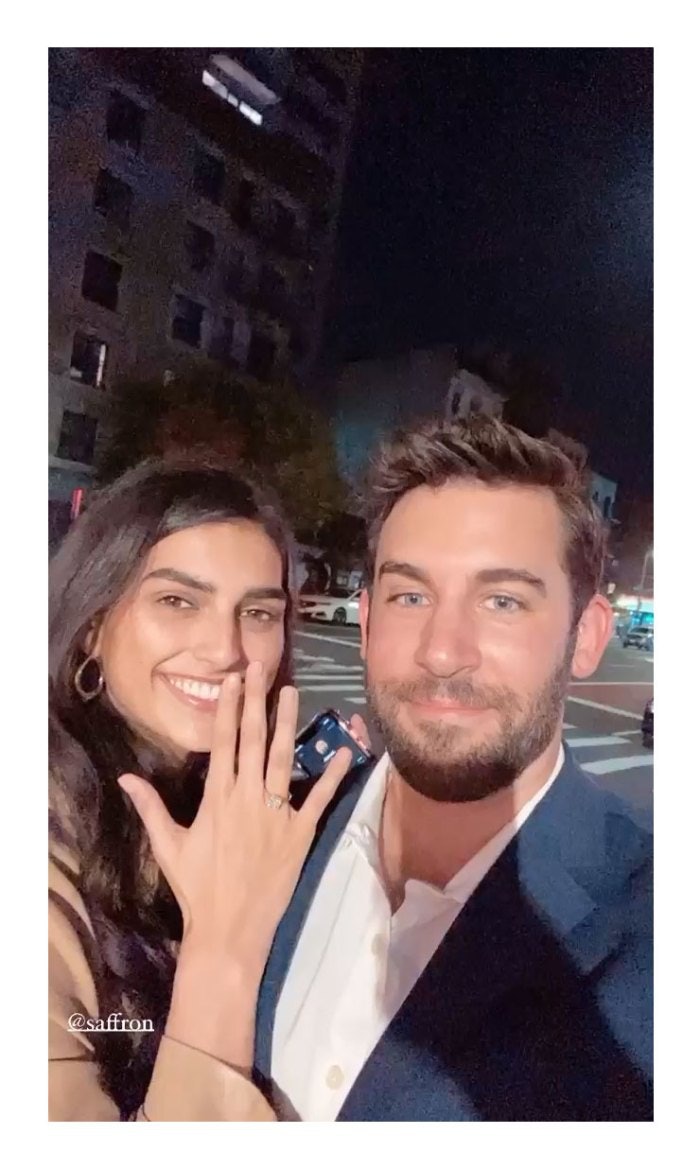