Edwin Chan, a Hong Kong-born architect who worked with Frank Gehry designing the world-renowned Bilbao Guggenheim art museum in Spain, has pleaded with the Victorian government to relax its “Australian only” rule for designers of the new NGV Contemporary.

Chan said he’d love to bid for the project in partnership with an Australian firm and bring his experience and “out of the box thinking” to Melbourne. 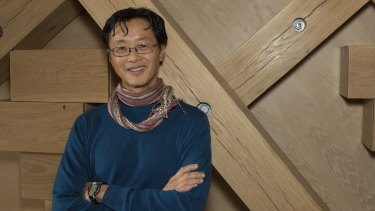 On Friday, the Victorian government launched a year-long competition to find a design team for the new NGV Contemporary museum, the cornerstone of its $1.4 billion revamp of the Southbank arts precinct.

But it placed strict conditions on who could apply, with the design lead and “anchor practice” having to have been working in Australia for at least 10 years, and at least one of the competitor team members having been a registered Victorian business for at least a year.

Chan, whose firm EC3 is in Los Angeles, said the NGV were right to decide not to court international “starchitect” firms who “do the same project everywhere, in China, in the US in the Middle East”.

“I call it the usual suspects,” he said. “They are designing 50 museums at the same time and you’re not going to get a lot of attention. 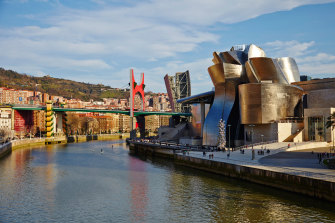 “The misconception is that if you hire the same firm who has done this a million times you’ll be safe. But you also deny yourself the opportunity for invention.”

However he said it was a shame to also exclude people like himself.

Chan was a design partner with Frank Gehry on the Bilbao Guggenheim, hailed the most important piece of new architecture in the last 40 years.

It coined an economic phenomenon known as the “Bilbao effect”, where investment in eye-catching cultural architecture delivers an economic boost to a city – the museum turned a European backwater into one of the continent’s most popular destinations.

Edwin Chan has been called “one of the most influential architects you’ve never heard of” – as a design partner at Gehry’s firm for more than two decades his work was integral to the design of the Guggenheim and the Foundation Louis Vuitton, a contemporary art centre in Paris which opened in 2014, cost nearly 800 million euros to build, and was hailed a “triumph” on opening. 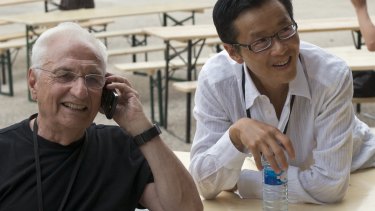 Chan said he had travelled extensively in Australia: recently he worked with software company Atlassian on the competition to build its Sydney HQ.

“The issue is not should it be Australian, should it be the same star architects… in my opinion it should be what’s going to generate the richest ideas, and the best proposal for the project that is outside of the box,” he said. 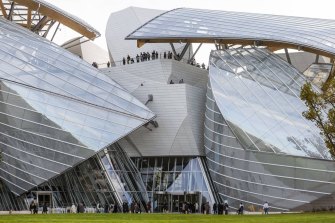 “It is very important to design a museum that is truly Melbourne, but at the same time has the ambition and brings in the experience level that is global.

“I understand your argument, your motivation to bring on an Australian but that’s a shame because it’s going to lock out options. Maybe the start of a project should be a place where you explore all options.”

He said he could work in “incredible synergy” with a local team. “I think one plus one equals three.” 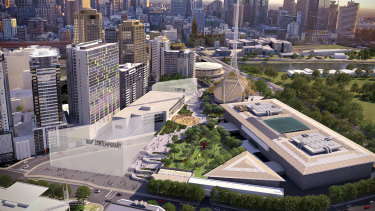 Artist rendition’s of the proposed NGV Contemporary and ‘transformation’ of the Southbank arts precinct.Credit:Hassel + SO-IL

There was initial resistance to a US firm being given the Bilbao project but by immersing themselves in the local culture it became something “truly Basque”, Chan said.

A Victorian government spokesperson said the state wanted to champion, support and promote local design and the competition would “invest significantly in local talent”.

The government will not change the competition rules however an international practice could potentially work on the design in partnership with an Australian design lead and anchor practice.

The number of international “fly in fly out” architects winning major Australian contracts has been a bone of contention in recent years.

In 2019 Laura Harding of Hill Thalis Architecture told the Australian Financial Review that with the exception of Gehry’s UTS and Utzon’s Opera House, Sydney was “amassing a growing collection of quite poorly realised buildings by international and interstate architects”.