Despite renewables surge Australian energy lags in the dirty dozen

Australia lags most rich countries in weaning itself off fossil fuels with even the much-touted gains in renewable energy eclipsed by nations less endowed with natural advantages, according to a study released ahead of a major global climate update.

As the UN’s Intergovernmental Panel on Climate Change readies for Monday’s release of its first big review since 2014 of planetary heating, research from an Australian National University professor shows Australia’s record of cutting carbon emissions is falling further behind similarly developed nations. 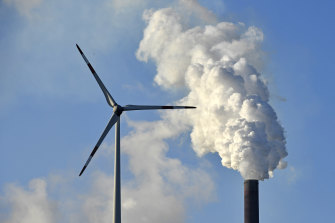 Too much of one, and not enough use of the other: how Australia’s transition off fossil fuels lags most of the rest of the world.Credit:AP

Taking 2005 as the starting point for emissions cuts – as Australia does for its climate pledges – the country was among the worst performers in terms of pollution per person and per unit of economic output, said Hugh Saddler, an ANU honorary associate professor and author of the Back of the pack report.

“It’s rather stark … it does show how bad we are,” Professor Saddler said.

Australia’s high dependence on coal, which generates more than 60 per cent of electricity, is one reason for the relatively high emissions rate compared with the 24 nations examined. Only the United States had a higher carbon pollution than Australia for energy use, with both tallying about 15 tonnes per person of carbon-dioxide a year.

Australian politicians have routinely highlighted the impressive inroads made by renewables, including world-beating rates of rooftop solar panels. However, Australia’s energy system overall remained second-worst by 2019, trailing only coal-dominated Poland.

Non-fossil fuel sources provided about 20 per cent of Australia’s electricity in 2019, with only the Netherlands and Poland producing smaller shares.

While wind and solar farms have been sprouting across Australia in recent years, other nations have also leapt on the technologies. As a result, Australia ranked 15th out of 24 nations assessed in terms of the change in the share of non-fossil fuels in electricity generation between 2005-19, shy of Denmark, Germany and the UK.

“We’re always being told how well we’re doing. Actually, we’re not,” Professor Saddler said. “It should be much easier for Australia to make big percentage reductions [given its sun and wind resources].”

Challenges will also mount as transport – where Australia has the third-worst per person emissions behind Canada and US – starts to electrify given the power sector’s high emissions starting point. 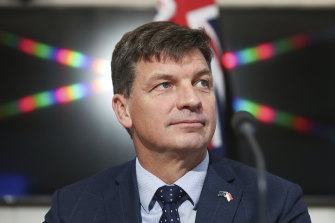 Federal Energy Minister Angus Taylor has praised Australia’s success in renewables but a study finds the gains have not been world-leading.Credit:Alex Ellinghausen

Federal Energy and Emissions Reduction Minister Angus Taylor’s spokeswoman said the government “does not respond to flawed and misleading reports”. She also declined to comment on The Intergovernmental Panel on Climate Change sixth assessment report written by 234 scientists and distilling some 14,000 climate research papers.

Mr Taylor recently told a G20 energy ministers meeting that technology would be “key to making net-zero [emissions] practically achievable for all countries”.

“Our collective focus must be on driving down the costs of new and emerging technologies to parity with existing alternatives,” he said. Australia has recently signed clean tech development partnerships with Britain, Germany, Japan and Singapore.

Lesley Hughes, a founding member of the Climate Council and lead author of two previous IPCC reports noted Australia was recently ranked last in the recent UN sustainable development report for its climate and energy policies. 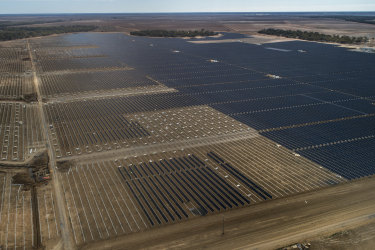 A solar farm under construction in north-western NSW. Solar now has the second-most capacity of any electricity source in Australia, trailing only coal.Credit:Wolter Peeters

“The government is just not taking appropriate positive action, it is actually doing us more harm,” Professor Hughes said at a Climate Council briefing ahead of the IPCC report’s release.

Richie Merzian, director of The Australia Institute’s climate and energy program, said, “if the federal government really listened to the latest IPCC research, it would commit to at least halve its emissions by 2030, much like the United States”.