Emily in Paris exec Lilly Burns has predicted more U.S. and UK production companies will co-produce together as she unearths how Jax Media and UK indie Dancing Ledge Productions came together to bring Disney+’s Wedding Season to screen.

The genre-bending action comedy is the first UK Disney+ original to launch and rolls out on adult-skewing vertical Star today.

Jax worked with French production services outfit First Step on Netflix smash Emily in Paris and Burns said deep-pocketed streamer shows are “elevated” by having producers from different countries behind them.

“Shows are becoming more and more global and streamers are looking for these content partnerships,” she told Deadline. “Every country does things differently and having a community of producers helps with the search for different audiences. It was a really useful experiment to combine two companies that are completely successful in their own right.”

The team behind Wedding Season wanted the show to be “100% international” and were complementary, added Burns.

And rather than one company hiring the other, Carey stressed that the Wedding Season arrangement was rare in that they were equal partners.

While Carey said the experience could have been “discombobulating,” the pair completely trusted each other and could lean on each other to find the best on and off-screen talent in their respective territories.

“If you’re a U.S. producer coming to film in the UK you might not know the best people and vice versa, so having each other’s expertise was really important,” he added.

Show stars Salazar as Katie, an engaged woman who meets Stefan (Drea) at a wedding. The pair strike up an affair but within months, at her own wedding, Katie’s fiancée’s family are found dead and both become suspects.

The eight-parter was described as a “labour of love” by Burns.

Lyttelton approached Dancing Ledge several years ago with the script, long before Disney+ launched, and Dancing Ledge subsequently presented the show to Jax President Brooke Posch, who was impressed.

Much work went into the script before it was taken to buyers around the time that Disney+ was commissioning for the first time outside the U.S., and Dancing Ledge and Jax quickly had their greenlight. 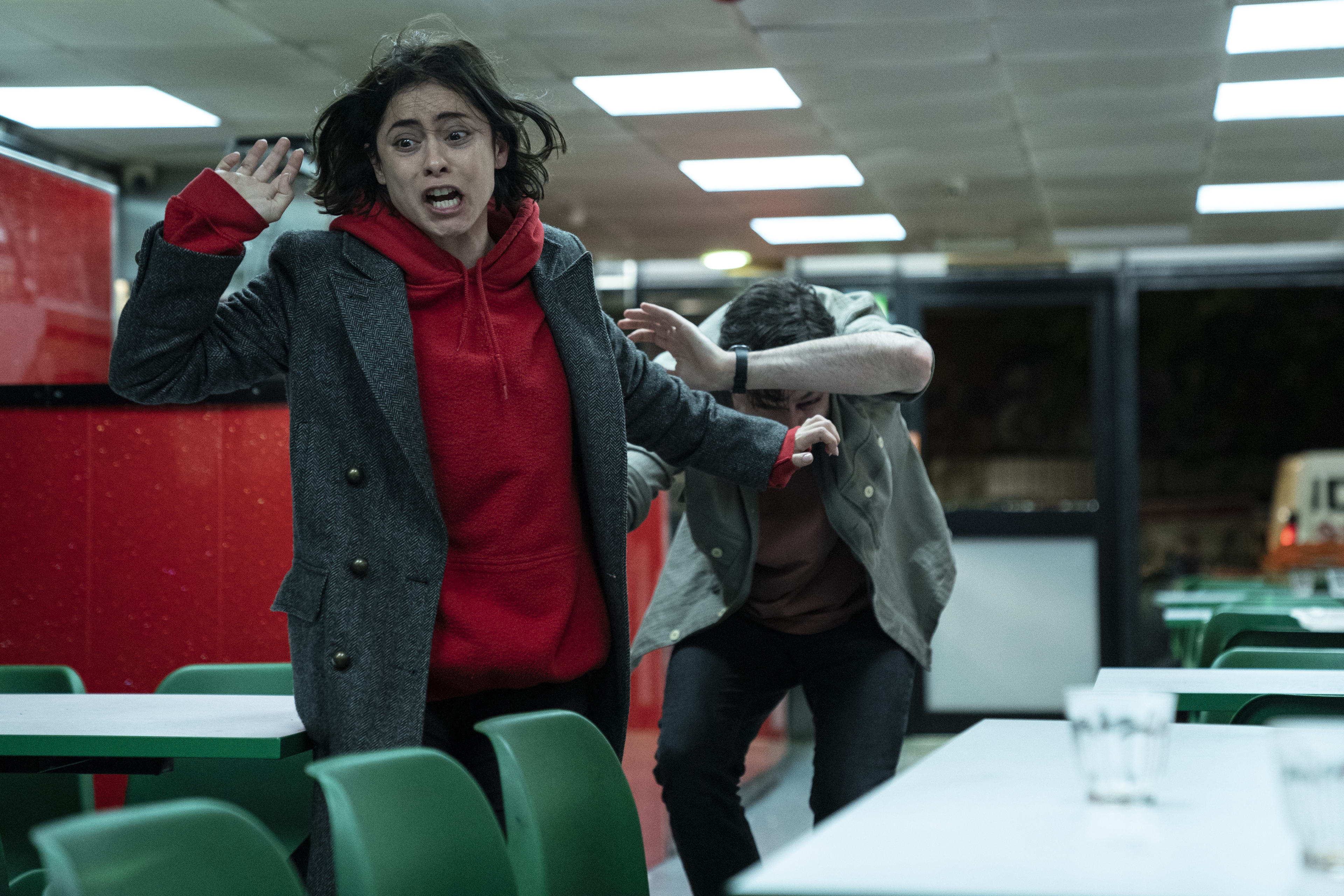 “It had scale and excitement,” said Burns. “What was clear from the beginning was that this was a highly romantic story and had something special. We put in as much effort as possible.”

Carey rejected the notion that being in the first roster of Disney+ international shows has led to added pressure to strike a certain tone.

“Their shows are wide-ranging,” he added. “You only have to look at [Michael Keaton-starring Disney+ hit] Dopesick, which is a million miles away from Wedding Season.”

Both execs said they had wanted to produce an irreverent action show and Carey drew comparisons with Kill Bill.

Burns had previous experience producing genre-bending hits such as Netflix’s Russian Doll and TBS/HBO Max’s Search Party and said the approach gifts the opportunity to raise the bar.

“When you get these genre-bending shows right you find yourself firing on multiple cylinders,” she added. “Allowing that tone to breathe is something I have experience with.”